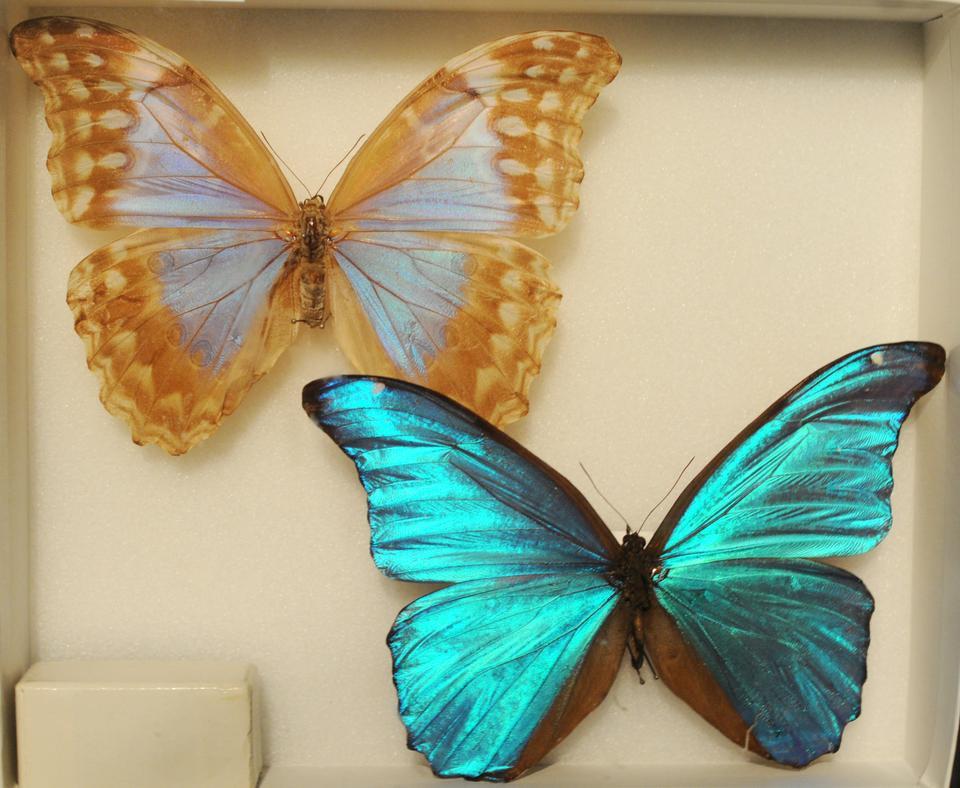 Although best known for his writing, Vladimir Nabokov also served for a time as curator of lepidoptera at Harvard’s Museum of Comparative Zoology, where he first conceived his theory on the evolution of butterflies.
By Hana N. Rouse, Crimson Staff Writer

Harvard researchers have confirmed speculations made 65 years ago by author Vladimir Nabokov regarding the evolution of Polyommatus blue butterflies.

Nabokov, whose works include “Lolita” and “Pale Fire,” was also the curator of lepidoptera at the Harvard Museum of Comparative Zoology. He released a paper in 1945 hypothesizing that the butterflies had migrated from Asia to North America and then South America millions of years ago. He proposed that they did so in a series of five waves over time.

At the time that his paper was released, few scientists took his theories seriously. When he passed away in 1977, his paper remained unproven.

Naomi E. Pierce, a professor of biology and a co-author of the paper that intends to prove Nabokov’s theories, currently occupies the same curator role that Nabokov held years ago. She said that she was inspired to look into Nabokov’s hypotheses after reading “Nabokov’s Blues,” a book about the author’s research on the blue butterflies of South America.

“When I was reading that book, I realized that we could test his ideas with a lot of things we were doing,” Pierce said.

Over ten years, Pierce and her team went on seven separate trips to the Andes, collecting samples of the blue butterflies. They then sequenced the butterflies’ genes in order to determine the relationship between the species and to establish the time period when each distinct species evolved.

Pierce and her colleagues discovered that not only were the species they identified all related to a common ancestor, but that—as Nabokov had stated over six decades ago—the butterflies had originated in Asia and traveled to North America via the Berring Strait.

The researchers also proved that the insects had arrived in North America over five separate waves, exactly as Nabokov had hypothesized.

“Of all the moments in this whole Pierce said. “We realized that his timing chronologically was correct. That was pretty exciting.”

At the time when he was writing his paper, Nabokov acknowledged that his hypothesis regarding how blue butterflies reached South America appeared absurd.

“I find it easier to give a friendly little push to some of the forms and hang my distributional horseshoes on the nail of Nome [Alaska] rather than postulate transoceanic land-bridges in other parts of the world,” Nabokov wrote.

According to Professor of English Leland de la Durantaye, Nabokov’s interest in butterflies carried over to his literary works.

Svetlana Boym, a professor of Slavic languages and literatures who wrote a book about Nabokov, said that butterflies were very important to the author’s life.

“I am very happy to learn that Nabokov’s scientific theories about the migration of butterflies have been proven right, at last,” Boym wrote in an e-mail. “I am also not surprised.”