"The Faster I Walk, The Smaller I Am" by Kjersti A. Skomsvold (Dalkey Archive Press) 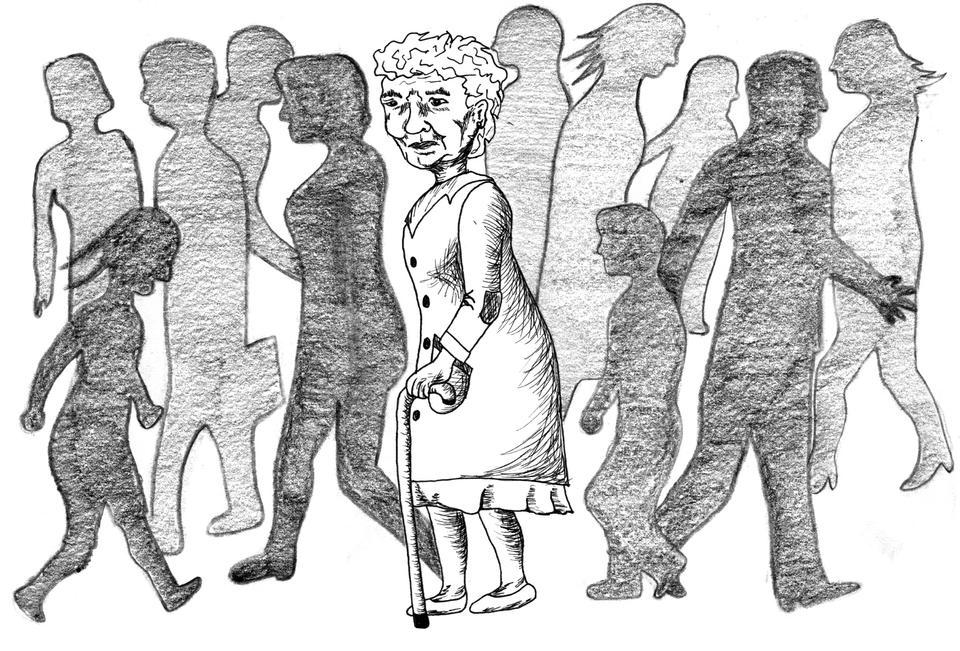 Is a person still alive if no one notices they are? Norwegian author Kjersti A. Skomsvold’s debut novel explores the meaning and purpose of life from an unlikely perspective: that of a near-centenarian recluse who, in her last breaths of life, sets out to make her mark in a world she no longer understands. Having lived alone for so long, Mathea Martinsen has trouble with the most basic social interactions. To an outsider, her attempts at conversation make no sense and her actions are erratic and paranoid. Indeed, though Skomsvold never mentions the particulars of Mathea’s health, she is probably suffering from some form of dementia. But in a vivid and logical style rendered in English by translator Kerri A. Pierce, Skomsvold fully realizes the confusing experiences of this unlikely protagonist. In this brief and impressionistic novella, Skomsvold offers not so much a narrative as a snapshot of one woman’s lonely life.

Interspersing the past with the present, Skomsvold portrays Mathea’s vast cache of memories alongside a present that grows dimmer by the day. This structure, while often disorienting and confusing, is an effective method to help the reader experience the mental disorganization that plagues a person of Mathea’s age. One minute Mathea is baking meringues, and the next she is lost in a long-forgotten childhood memory or a conversation with her deceased husband, Epsilon. It is sometimes unclear whether Epsilon is actually dead, and the reader must guess his status. Mathea clearly lives alone, but Epsilon’s ubiquitous presence in her thoughts and memories, which frequently overlap, makes him just as present as if he were alive.

“Epsilon says that, statistically speaking, a given person will probably die in bed. Maybe I should get up now,” Mathea decides at the beginning of the novel, as she commences her journey to rediscover a world in which she has always been a passive observer. Shy and afraid of strangers since her school days, she goes so far in her avoidance of social interaction as to check her hallway before she opens the door; she times her entrance and exit from her apartment so as to not run into her neighbors, many of whom she hasn’t seen in decades.

But reintegrating herself into society isn’t as easy as she thought it would be. Mathea can barely muster the courage to talk to checkout clerks in the supermarket, much less join in any community gatherings. She finally interacts with a strange man in the park who asks her what time it is: “I just contributed to society, the stranger trusted me to give him the right time, and time is not to be taken lightly.” The gift of time, overlooked by everyone with years left to live, becomes a value of central importance to Mathea, who has little time left.

Skomsvold articulates such a basic human need—not the need for love, acceptance, or involvement, but just the need to be noticed—that Mathea’s fierce struggle for acknowledgement becomes all the more poignant. She resembles nothing more than a creeping mouse, frightened even by the enthusiastic “CLEAN-UP!!!” sign posted for residents of her apartment building. “It shouldn’t be necessary to shout like that,” she thinks, flustered. “I don’t have the courage to read the rest of the flier and scurry back up the stairs.”

Skomsvold’s portrayal of Mathea’s emotional life is balanced and perfectly realistic. Mathea craves attention in the most intense way, but is unable to leave the security of her home long enough to break out of the insular life she has built for herself. “I wish I were under house arrest,” she imagines. “There would be nothing I could do about it, my life would never change. … Wouldn’t it be nice to have an excuse.” A secure, unchanging life is all she wants, but realizing her life is coming to an end without ever having made an impact in the world, she feels an obligation, a compulsion, to make one final attempt to engage with the world around her.

Though Skomsvold’s terse language occasionally lacks description, it is the bluntness with which she renders Mathea’s world that makes it a more plausible exploration of the mind of a senile woman. Hanging on to her last days of life, Mathea recollects a childhood ambulance ride after she was struck by lightning—“Then we drove away, sirens blaring, and it was as beautiful as Beethoven’s Fifth.” It is a haunting elegy for the most fame she ever achieved. “The Faster I Walk, the Smaller I Am” blends the unconventional with the human, all while calculating the costs of privacy and recognition.