Harvard and the Fabric of a Nation 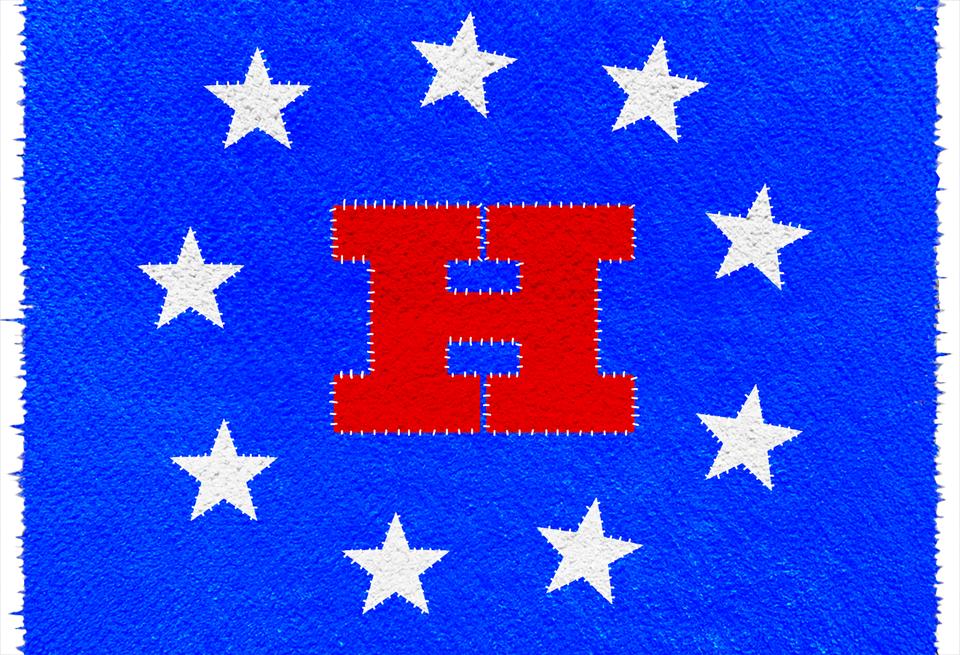 Harvard and the Fabric of a Nation
By Tara W. Merrigan, Crimson Staff Writer

Harvard University, the oldest institution of higher learning in America, celebrates its 375th birthday today, and it will be feted with the fanfare fitting for such a milestone. At its birthday party this evening, Harvard will be serenaded by renowned cellist Yo-Yo Ma ’76 and honored with an enormous 8-by-15 foot cake prepared by another notable alum, celebrity chef Joanne Chang ’91.After feasting on a specially prepared dinner (which will include dishes such as hasty pudding), undergraduates will parade into Tercentenary Theatre to celebrate their university’s founding. There will be dancing, munching on hors d’oeuvres, and even an open bar under twinkling lights strung from tree to tree.

It all sounds very grand, but compared to Harvard’s 350th anniversary, the affair is a low-key one. That anniversary was celebrated with a formal dinner, an appearance by the Prince of Wales, and a performance by the Boston Pops. President Reagan was invited but declined to attend.

Today, a question mark hangs over the celebration.

Following World War II, Harvard largely hitched its fortunes to the United States and rode to the top as the country ascended as a world power. In the post-war years, Harvard and the federal government grew closer as Congress appropriated increased funding for scientific research, helping to fuel the expansion of the University.

But now, as America’s star has begun to dim and other countries are diluting United States’ influence on the international stage, will Harvard’s fate be once again entwined with America’s?

THE COMING OF A SUPERPOWER

During World War II, the relationship between Harvard and Washington had grown so cozy that economics professor John Kenneth Galbraith later quipped that the war years were a time “when you could hold a faculty meeting every Friday on the Federal Express bound for Washington.”

Harvard had strong ties with the American government since the nation’s founding—eight Harvard men signed the Declaration of Independence—but this bond took on new meaning during the World War II.

Harvard first received federal funding in the late 1800s as the U.S. government began to focus on promoting education (the Department of Education, then called the Office of Education, was founded in 1867). But federal funding for science research flooded into Harvard during World War II as the U.S. looked to academics and researchers to develop technology that would keep its military competitive with Axis powers.

University President James Bryant Conant, a member of the Class of 1914, a chemist by profession, was instrumental in facilitating this interchange between Harvard and the government during his twenty years in office from 1933 to 1953.

During World War I, Conant had served in the Chemical Warfare Service and headed the research unit that created mustard gas. When war broke out in Europe for a second time, Conant, then president of Harvard, jumped at the opportunity to aid the U.S.’ efforts to update and advance its military technology. He chaired the National Defense Research Council, which oversaw the development of the atomic bomb, from 1939 to 1946. He was an adviser to the Manhattan Project, the secret effort led Robert Oppenheimer to build an atom bomb.

Conant’s work during World War II was part and parcel of Harvard’s expansion in the sciences, and his work helped lay the groundwork for post-war collaboration between American universities and the government.

But other parts of the University also profited from federal funding for science research, which freed up money for the social sciences and humanities. The G. I. Bill, passed in 1944, provided funding that enabled more than two million veterans to attend college, most of whom probably would not have otherwise. With financial support from the federal government, Harvard was a rapidly expanding place during the war years.

As World War II drew to a close, it became clear that America was indisputably the dominant Western power. World War II had ravaged Europe. European nations suffered heavy losses in casualties, finances, and damage to infrastructure. At this unique moment in history, America was a prospering nation while the economies of its former competitors were in shambles, and American universities rode the rising tide of U.S. power to educational preeminence.

“In the 1960s, Americans enjoyed an enormous advantage in terms of the amount available to them,” Professor Louis Menand, a scholar of the Cold War, said. “They used more electricity, consumed more calories, and had more cars than anyone else in the world.”

Today, Harvard receives over $600 million in funding from the federal government, and that number jumps to $1.2 billion if Harvard-affiliated hospitals are included. While the government’s commitment to Harvard may not have wavered much in recent years, the U.S. is no longer the superpower it once was. China and India have become economic powerhouses as the U.S. economy has been wracked with recession and downturns.

And amid economic headwinds and a growing desire for fiscal belt-tightening in Washington, that funding may now be in danger. Several political leaders—including President Obama—have made promises that funding for research will not land on the chopping block, but that is far from certain in the current political climate. Continued instability in the markets and the threat of another recession only heighten the possibility that Harvard will face a shortfall of funding in coming years.

“I don’t think the University’s standing is dependent on the perpetuation of American economic hegemony,” said James T. Kloppenberg, chair of the History Department and a scholar of American history. “The persistence of Harvard’s excellence is dependent on whether we continue to attract the best and brightest, and not so much if America continues to be the economic juggernaut it has been.”

“As long as people think that they can find the best education anywhere here at Harvard, and as long as they’re willing to come to Cambridge, that position of dominance should not be too threatened,” he added.

Others say that while the support of the American government and America’s position on the international stage are important for Harvard to retain its standing, Harvard’s reputation will in large part be dependent on its “cultural capital.”

“The problem of maintaining status, something that Harvard and many leading U.S. institutions face, is huge,” said Michael T. Tworek, a graduate student in the History Department who teaches a seminar called “The University and Society.” “Harvard’s position is dependent on a combination of two factors: political support and cultural capital. These are essential in terms of allowing Harvard to keep its preeminent place in the world.”

Tworek and Kloppenberg said that as long as Harvard’s alumni and faculty continue to be innovators and leaders, American decline would not necessarily extend to Cambridge.

“Universities are best judged by the products they produce,” Tworek said.

Or to put it in economic terms: “Higher education is an export commodity, and it’s very much in demand,” Menand said. “People all around the world want to come to Harvard, because most countries don’t have the liberal education that you can get here.”

In the dark wood above the stage in Sanders Theatre are inscribed the following words:

“Here in wooded and uncultivated places Englishmen, fugitives from home, in the year after the birth of Christ 1636 (and) after the colony was founded here, the sixth, because they thought that wisdom was to be cultivated before all else, founded a school by public enactment and when founded dedicated (it) to Christ and his Church.”

Today, Harvard bears little resemblance to the place described in these Latin lines, and Harvard’s legacy of reform and change may also help the University remain resilient if the U.S. enters a period of decline.

As Conant pointed out in 1936, Harvard has undergone many transformations in its lifetime.

“Harvard was founded by dissenters,” he said. “Before two generations had passed there was a general dissent from the first dissent. Heresy has long been in the air.”

Among the most significant of these dissenters were Conant’s two predecessors, Charles William Eliot and Abbot Lawrence Lowell. Eliot, who served as president from 1869 to 1909, made great strides in bringing Harvard from the Protestant religious seminary founded in 1636 to the modern university it is today.

“The University must accommodate itself promptly to significant changes in the character of the people for whom it exists,” Eliot said during his presidency.

Inspired by German universities, Eliot revamped the College’s curriculum and academic structure, creating the elective system. He created academic departments and shifted focus from the classical learning model to one that emphasized more practical pursuits.

“Eliot asked if what the University was providing as training was preparing students for society’s needs, and this was a very important shift within Harvard,” Tworek said. “And he saw that Harvard was not fulfilling the larger needs of society.”

“We seek to train doers, achievers, men whose successful careers are much subservient to the public good. We are not interested here in producing languid observers of the world, mere spectators in the game of life, or fastidious critics of other men’s labors,” Eliot said on another occasion.

Lowell, who held office from 1909 to 1933, furthered Eliot’s modernization of Harvard and created the concentration system, which remains in place today, though it has been adjusted since Lowell’s time.

Lowell also began to push for greater meritocracy, a priority also adopted by Conant. Under the latter, meritocratic reforms were put in place to open the University to students and faculty who were from what were then considered non-traditional backgrounds.

“The rise from its earlier status from bastion of the New England elite to a broader stage had everything to do with the opening up of the faculty and student body,” Kloppenberg said.

And these academics say that this spirit of reform will help Harvard remain on top.