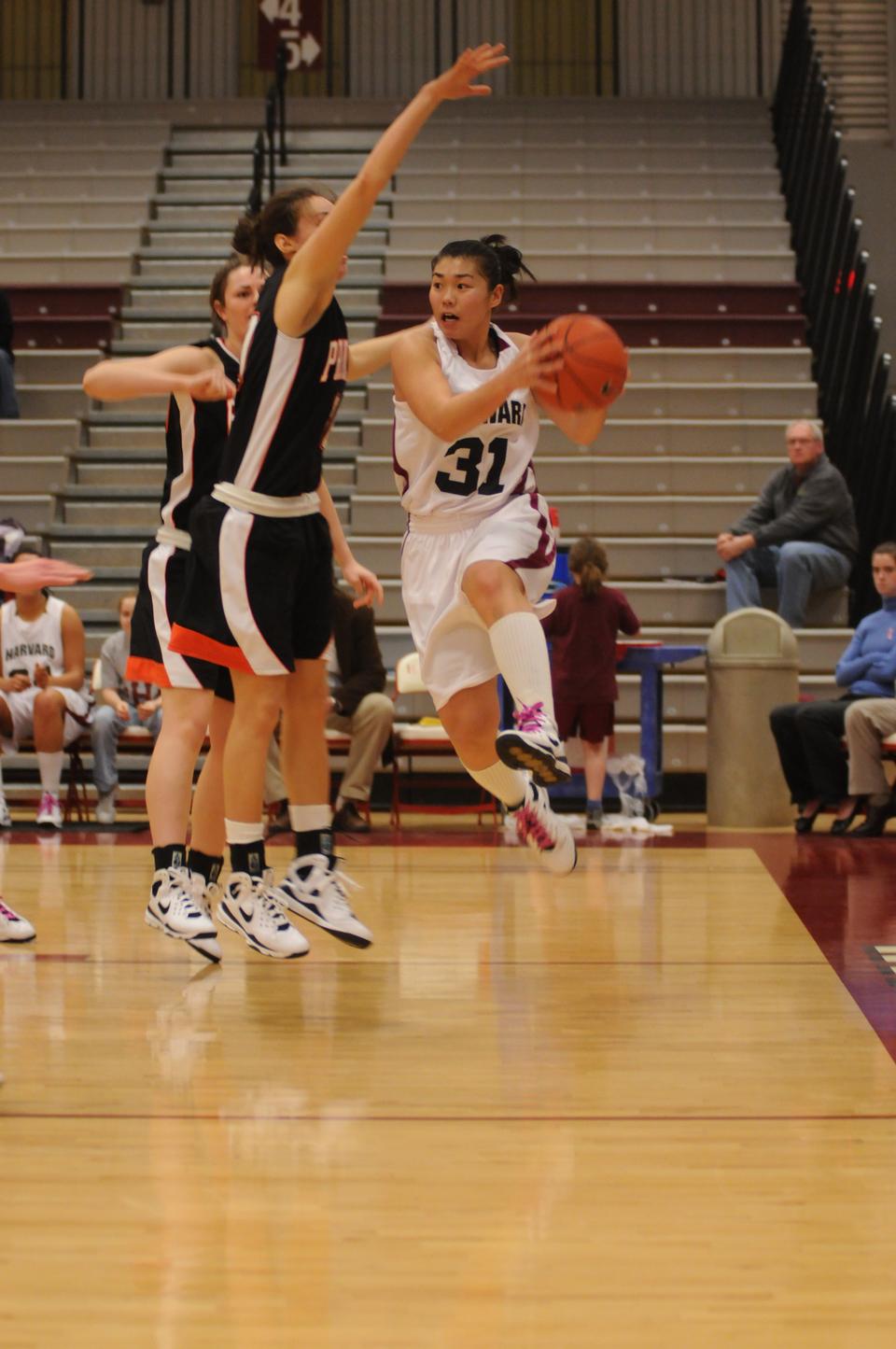 When scouting reports said that Melissa Johnson ’00 had a good shot, they weren’t just talking about her jumper.

Johnson, a former Harvard women’s basketball captain, debuted her new film, “No Look Pass,” at the Outfest Film Festival in July of this year. The story revolves around Emily Tay ’09, another former Crimson basketball captain whose story revolves around the crossing of racial, cultural, and social boundaries in order to achieve the simple goal of attaining personal happiness.

In addition to her in-season battles against Dartmouth, Yale, and the rest of the Ancient Eight, Tay had to fight against the homophobia that was ever-present in her strict Burmese home life. Though she wasn’t able to come out to her parents, Tay quickly found the support of her teammates at Harvard.

“Emily came out to our team her sophomore year,” explained Katie Rollins, a former Crimson basketball player and Tay’s closest friend. “She came out to me freshman year, a couple of months into college. So, when the film was being shot, they knew she was gay. Our teammates were so supportive of her, it was great.”

Tay’s coach at Harvard, current women’s basketball coach Kathy Delaney-Smith, remembered the meeting when Emily came out to both her teammates and coaching staff.

“It had no effect on anything whatsoever, which I’m very proud of,” Delaney-Smith said. “It was kind of like ‘Yeah, so? What else?’ It was a non-factor, other than probably Emily had some difficulty with it, mainly based on that culture that we live in and the culture of her parents.”

For Johnson, one of the most important aspects of the filming process was capturing Tay’s life in a relatable way.

She aimed to create a union between the viewers and the athlete. In a way, the documentary seeks to break down the same barriers as Tay has.

One of the biggest boundaries for Tay to break was her innate shyness. At her Los Angeles high school, Marlborough School, it was her reserved nature that immediately stood out.

“She was definitely quiet when she first came to Marlborough,” high school teammate Shaina Zaidi said. “At first, it was only her play on the court that we knew. But when she got more comfortable, her leadership really flourished, and she definitely stepped into her role. By the time the upperclassmen left and she was captain, she was leading the team. Whenever I would come back and watch their games, I could see her leadership.”

It was a similar story when Tay came to Harvard. Despite the growth in her leadership, she still remained reserved.

“She was a little non-traditional in that for such a great player, she didn’t have a lot of confidence,” Delaney-Smith explained. “I would say that was the unique part of Emily. We probably spent four years working on her confidence.”

With a shy demeanor, starring in a film does not seem like an obvious choice.

But “No Look Pass” is largely about Tay’s journey of coming to terms with herself and the different situations that she faced.

“I really saw Emily grow up a lot, and I think it really comes through in the film,” Johnson said. “I think the person you see at the end of the film is very different than the one you see at the beginning. When she went up for the question-and-answer [at the Outfest premiere], you could really tell that this was a much different girl than I’d met when we first started this whole process. By the end of the question-and-answer period, she was cracking jokes and not giving the microphone back. She saw that these people wanted to celebrate her.”

The film also depicts the close-knit friendship between Rollins and Tay, which was sustained throughout Harvard and their post-graduate basketball careers in Germany.

“[Our] friendship was very unexpected,” Rollins said. “We are polar opposites. I’m tall, from the East Coast, crazy, straight—we can even go that far. I’m boy-crazy. She’s reserved, Asian-heritage, West-Coast, lesbian, likes girls. How we became best friends, I don’t even know. We just connected instantly the first week of college and were kind of inseparable all four years.”

Rollins and Tay even took every class and section together—a choice that, looking back, Rollins jokingly called “creepy.”

“I think we just had a mutual understanding and respect for each other,” Rollins explained. “We balance each other out. I would try to get her to be a little wilder, and she would tame me a bit. At the root of it, we’re both hard-working people just trying to figure it out in life. That’s where I think we bonded.”

Ultimately, when the film premiered on July 9, Tay not only had the support of Rollins and Johnson but also of her entire Crimson team. As Tay flew in from Germany, and Rollins from New York, the rest of the team members traveled from across the country to view the film as a single unit.

The film proceeded to win the Special Programming Award for Freedom following its two initial showings, both of which were completely sold out.

“It was amazing,” Johnson described. “It was so powerful and fun, and I know that Emily was very nervous because she really put her life in front of these people. The film had a big payoff when we heard people laughing at the film and gasping at all the right moments. You could really tell that they were really into it. I watched the film sitting next to Emily and, on the other side, Katie. They were also just so into it and were just having so much fun remembering all these key moments in their lives growing up … That made it all worth it.”

The film will continue its world premiere next month at the DOC NYC Film Festival in New York, followed by a trip to the International Documentary Film Festival in Amsterdam, which is one of the most highly-regarded documentary film festivals in Europe.

The overall structure of the film, one of a star athlete who must overcome several challenges in order to be a more complete player and person, has themes found in the other sports movies of this generation, such as Rocky and Hoosiers. But where “No Look Pass” separates itself from the crowd is in the fact that Tay does not use just her skills to dazzle both the defense and the viewers. Instead, she became what Rollins called “the go-to person that everyone could look to and look up to.”