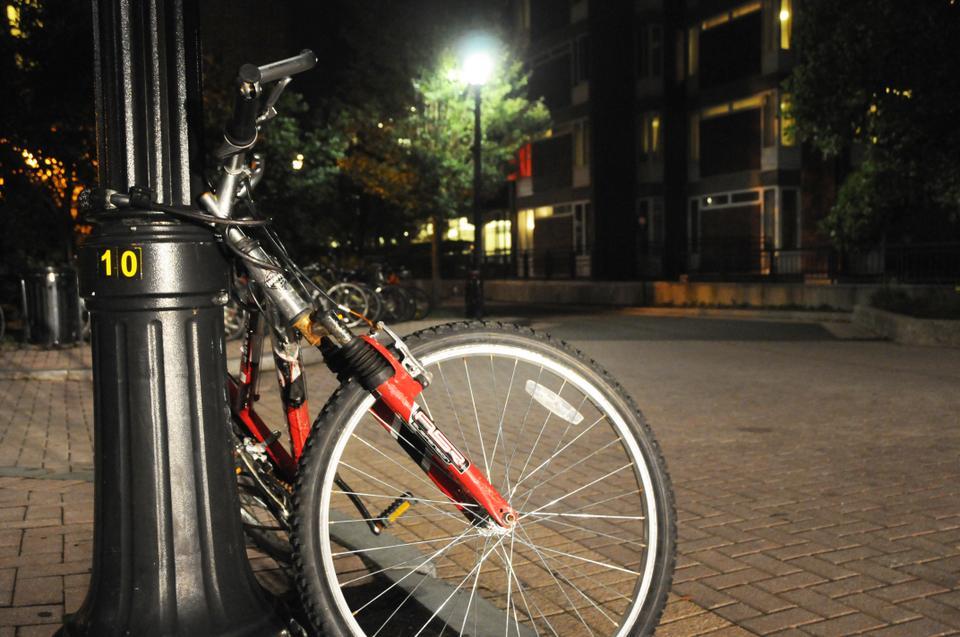 When Sally K. Scopa ’13 returned to Currier House after the summer, the bike she stored in one of the House’s gated courtyards had gone missing. In fact, all the bikes that had once been locked onto the racks were gone.

The Cambridge store, founded by a Harvard graduate, regularly tags unattended and aging bikes on Harvard’s campus. The tag bears a warning to owners, informing them that they have two weeks to remove the tag, otherwise Quad Bikes will take the bicycle.

The manager of Quad Bikes, Michael J. Berlinger, said Currier’s building manager had asked the store to remove the abandoned bikes on the racks. Building manager Manuel J. Casillas declined to comment on this story, referring inquiries to Quad Bikes.

“Manny had been hounding us to come clear out the racks in Currier of abandoned bikes,” said Gabriel Ytterberg, a Quad Bikes employee. “He hadn’t told us some of the bikes weren’t supposed to be taken. He had told students they could store their bikes on these particular racks.”

Several students, who left Cambridge for the summer, lost new and used bikes after the store removed them.

“We tag bikes that we think look abandoned,” Ytterberg said. “We have a checklist we go through. We see if there are rusted chains, non-functional wheels. Just any bike that looks non-useable.”

If the tagged bikes are not removed within two weeks, the locks are cut. Quad Bikes then stores the bikes in their shop for another two weeks.

“After those next two weeks, we take ownership of the bikes,” Berlinger said.

After their initial holding period, the bikes are, depending on their condition, recycled, stripped for parts, or refurbished and sold to members of the Harvard community.

Scopa, who is a Crimson Arts editor, headed to Quad Bikes to inquire about her missing bike after she had seen tags on other bikes.

According to Ytterberg, the store had trouble separating student bikes from abandoned ones.

“It doesn’t take very long for chains to get rusty and most of the bikes probably weren’t in good condition to begin with,” Ytterberg said. “So those looked abandoned.”

Quad Bikes was unable to find her bike.

“They probably refurbished and sold it. They gave me a used bike, free of charge,” Scopa said. “It was perfectly good, and I’m not picky, but my bike was new.”

“The description didn’t match any of the bikes we took from that particular rack,” Berlinger said. “We furbished a bike for her and gave her a free lock. I think we did well by her.”

While Scopa was satisfied that the store replaced her bike, she said she was unhappy with the way the situation unfolded.

“They’re taking students’ bikes and selling them back to the same people. I wouldn’t say Quad Bikes is stealing bikes,” Scopa said. “But there is confusion and Quad Bikes is capitalizing on this confusion, which shouldn’t be allowed.”

Quad Bikes, founded by Timothy D. Ledlie ’02, has had their bike removal policy since opening in 2003. Harvard University permits the store to remove abandoned bikes on University property.

—Staff writer Julia K. Nguyen can be reached at julianguyen@college.harvard.edu.