Entrepreneurs Use Technology to Offer Advice on Food 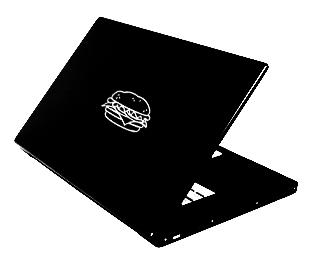 In one of the earliest culinary moments of lore, Adam and Eve were banished from the Garden of Eden for biting into a fruit from the tree of knowledge.

In recent years, the proliferation of smartphone applications and websites dealing with food, menus, and restaurants has made literal this biblical link between food and knowledge—from apple to Apple.

According to computer science professor Ryan P. Adams, food-based sites have been popping up since the beginning of the internet’s history.

“I think evolution has programmed us to crave information in the same way that it causes us to crave calorie-rich foods,” Adams said.

With the growing popularity of online restaurant review sites such as Yelp and Urbanspoon, Harvard entrepreneurs—ranging from experienced businessmen to new programmers working on class projects—have tapped into this common desire to unite food and technology.

Laurent Adamowicz, former chairman and CEO of Paris-based luxury food company Fauchon, has vivid memories of his first exposure to the less savory side of the food industry. A grisly visit to a slaughterhouse during his time at Fauchon focused his attention on food production—and sparked his desire to create a tool to show diners the often hidden ingredients and sources of their food.

After coming to Harvard as a senior fellow at the University’s Advanced Leadership Initiative, Adamowicz launched his project, called Bon’App, in May.

The free website and smartphone application keeps track of users’ food intake and offers information about those foods’ ingredients and nutritional values on the go. Adamowicz calls it “a personal nutritionist in your pocket.”

“When I see 38 ingredients in a piece of bread, I don’t want to buy it,” he said. “It will tell you what’s in the food before you eat it, rather than entering the data afterward. We are more about prevention.” He added that while competing apps emphasize dieting and losing weight, Bon’App focuses instead on making healthy choices.

In August, Adamowicz added a voice activation feature, which allows users to simply say a menu item aloud and, within seconds, view a list of local restaurants offering that item, as well as its calorie, fat, and sugar content. Users can also personalize the app to display food items satisfying their allergies or personal preferences.

“It’s not just that I can see the food around me—I can use Yelp for that—but it chooses the food that’s right for me,” Adamowicz said.

Bon‘App aims to present that information in an easily readable format. For example, the app represents calorie intake as a battery that starts at green in the morning then turns yellow and red as the user eats up the daily limit.

Since he is spending this year at Harvard, Adamowicz first launched the app for the Boston and Cambridge market. Currently, Bon’App stores information about 139,000 menu items from most restaurants in Cambridge, around 300 restaurants in Boston, and 103,000 chain restaurants nationwide.

It also includes menu items from Harvard University Dining Services. Students can look up nutrition facts for the day’s entrée items before they walk into the dining hall, and the app places their favorite items—from red spiced chicken to pumpkin gnocchi—at the top of the list.

Next, Adamowicz said he hopes to expand Bon’App’s reach to New York, Chicago, and San Francisco.

While procrastinating on schoolwork for his Harvard Business School classes by reading restaurant menus instead of reading case studies, Alex C. Rosenfeld became frustrated with the lack of dish-specific reviews.

“There were lots of websites that told me whether a restaurant is good or not, but very little about what to get there,” he said.

Rosenfeld, a 2009 HBS graduate who boasts that he is the go-to person among his friends when they are looking for good eats, said he envisioned a tool that would help him find “not just what is good at the restaurant, but where I can find the best.”

With his love of food and interest in advanced technology, Rosenfeld developed a website called Tasted Menu for fellow choosy epicures.

Tasted Menu, which officially launched to the public in October, contains user-generated content, including reviews, photos, and ratings.

On other sites, he said, reviewers might write about unnecessary details like their personal occasions for dining out. Tasted Menu guides users to hone in solely on the food.

“We are hoping to build a community in which people focus exclusively on dishes,” Rosenfeld said.

Tasted Menu started with Boston as its market, and it currently features more than 1,300 restaurants in the area. Rosenfeld said he hopes to expand across the globe, and a smartphone version of the site is under way.

“A lot of it has to do with the general lack of time everyone has at Harvard,” said Robert T. Bowden ’13, the course’s assistant head teaching fellow.

“I know plenty of people who miss lunch, so something like a convenient bagged lunch ordering service could help prevent that,” he added.

Heeding Bowden’s advice, Ruth C. Fong ’15 submitted a proposal for BagIt, an iPhone app that lets students order bagged lunches from their dining halls. Until now, that service has only been available on the HUDS website.

“It’s somewhat inconvenient to stop what you are doing, open up your laptop, and browse through the website to order a bagged lunch, because the whole idea of getting a bagged lunch is to save time from your busy life,” Fong said.

Three CS50 students are currently developing a website, iPhone app, and texting service collectively known as Grilleboy which will let students order from dining hall grilles ahead of time.

“Generally, people are very busy,” said Morgan L. Paull ’13, one of Grilleboy’s creators. “This service would benefit those people who are late and unable to get food.”

Saagar M. Deshpande ’14 built a service called Menu Mate that sends students the HUDS menu for the day by text message for his CS50 final project last year. He has since changed the program’s name to Harvard Food.

Deshpande does not have a smartphone and therefore does not have access to the internet all day, but he said that students like himself should still be able to easily learn the day’s HUDS offerings before they enter the dining hall.

“My roommate is vegetarian, and I have some dietary restrictions, so I wanted something that would tell us whether to go to the dining hall or to eat out without having to check the HUDS website,” he said.

Over the summer, Deshpande collaborated with Tony Ho ’14 to make his service faster and to add additional features, including the option of receiving the HUDS menu by email every morning. Users can also follow Harvard Food on Twitter.

A computer science concentrator, Deshpande said he plans next to compile listings of campus events serving free food and notify subscribers about them by text message.

The goal is not just to satisfy students’ hunger pangs but to foster community. “Food helps to bring various people together,” Deshpande said.