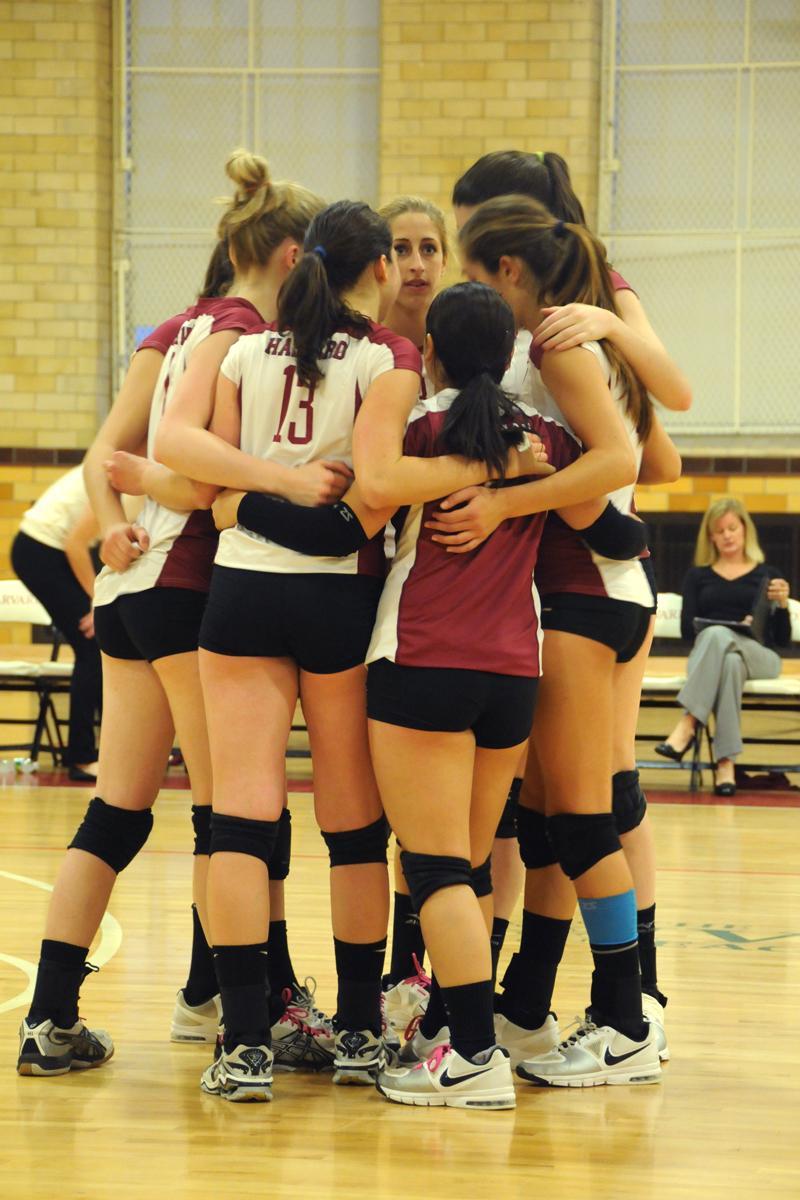 The Harvard women's volleyball team fell to Columbia on the road tonight in straight sets.
By B. Marjorie Gullick, Crimson Staff Writer

In its win over the Lions in October, the Crimson came out from the first whistle with an aggressive offense and sound defense, neither of which could be found in tonight’s loss.

The second game was the most competitive of the match, with the visiting Crimson and the Lions trading the lead. Harvard eventually went down, 23-22, and Columbia executed two timely kills and capitalized on an attack error to take the set.

In the third frame, the Crimson fought back from a six-point deficit to pull within three, but was unable to get any closer.  A service error and a Columbia kill sealed Harvard’s fate, as the Lions came up with the 25-20 win.

With the loss, Harvard drops to 4-7 in the Ancient Eight. The Crimson has a chance to improve its record with another conference match tomorrow night against Cornell.