Noel Gallagher Settles for Victory Lap of an Album 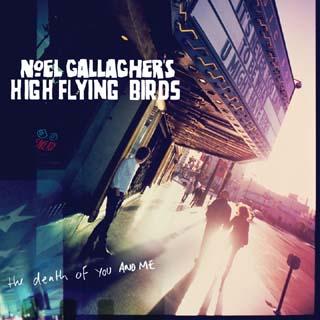 Noel Gallagher was supposed to be the next Lennon or McCartney. He was supposed to be the next leading British statesman who would save rock from the angry, unintelligible mess that was grunge. At the very least, he was expected to be the Keith Richards of his generation. And for a couple years in the mid-’90s, he played the part convincingly, by writing brilliant songs and playing guitar for the world’s biggest rock band, Oasis. He simultaneously provided much fodder for tabloids due to his excessive partying, drug habits, and violent confrontations with bandmates. But somewhere along the road, overwhelmed by the massive fame and gargantuan expectations the world had placed on him, Gallagher ran out of steam. “I had no reason or desire to make music,” Gallagher said in an interview in August. “We should have gone to wherever it is the Rolling Stones disappear to.”

Oasis’s 1997 album, “Be Here Now,” was supposed to be a sprawling masterpiece akin to the Stones’ “Exile on Main St.,” but instead crashed and burned in its excess, and the band never recovered from its disaster. Instead of becoming timeless heroes, Gallagher and company are now relics of the ’90’s and the sometimes-forgotten genre of Britpop. “High Flying Birds,” Gallagher’s first solo project, is an attempt to reclaim his past glory. And while it is expertly written and sung, its lacks the relevance needed to help put Gallagher into the rock pantheon he was supposed to have inhabited by now. Simply put, this project is 15 years too late.

There are many things to like about “High Flying Birds.” The album clocks in at a brisk 41 minutes, and there isn’t a bad song out of 10. Gallagher’s particular expertise in writing bridges help make the songs varied and colorful. Beautiful layers of harmonies contrast nicely with sharp little guitar hooks, and the album manages to stay cohesive as a whole despite varying textures and instrumentation. Gallagher also shows off impressive vocal capacities rarely showcased in Oasis—he has a pretty falsetto as well as a vicious snarl.

Had this album been released in 1996 before “Be Here Now,” it likely would be remembered as the third canonical album in Oasis’s golden years. The best songs of “High Flying Birds” are as intelligently crafted and catchy as anything on “What’s The Story (Morning Glory).” “Dream On” has Noel’s old trademark drive and soaring vocals. It also packs a huge refrain: “You shout it out for me!” is readymade for stadium singalongs. “If I Had a Gun,” the lead U.S. single, sounds like an homage to “Don’t Look Back in Anger,” complete with shrewd melodic turns and yearning, adolescent lyrics: “You’re the only God that I will ever need / I’m holding on and waiting for the moment for my heart to be unbroken by the sea.”

Ironically, the unwavering resemblance to Oasis is also the record’s underlying flaw. After all these years, it doesn’t seem like Gallagher has matured as an artist one bit. The album seems like one long homage to Oasis’s glory years. The lyrical motif of the razor blade of “(What’s the Story) Morning Glory” makes an obvious appearance, as do the crashing waves of “Champagne Supernova” and the heavy vocal reverb of “Some Might Say.” Admittedly, the instrumentation is drastically different: the heavily distorted guitars and thrashing drums have been replaced by more tasteful strings, horns, and synthesizers. But the swampy denseness, lyrical themes, song formats, and overall sound all remain firmly entrenched in the 1990s.

While “High Flying Birds” is a certainly a testament to Noel’s songwriting prowess, his skills are undermined by the album’s lack of personality. Oasis once railed against the formulaic and predictable nature of popular music, and “High Flying Birds” displays both traits. It’s more a commodity than a piece of art. Once again, Gallagher performs admirably, but fails to live up to the enormous expectations with which he has struggled for the duration of his musical career.

—Staff writer Andrew R. Chow can be reached at andrewchow@college.harvard.edu.