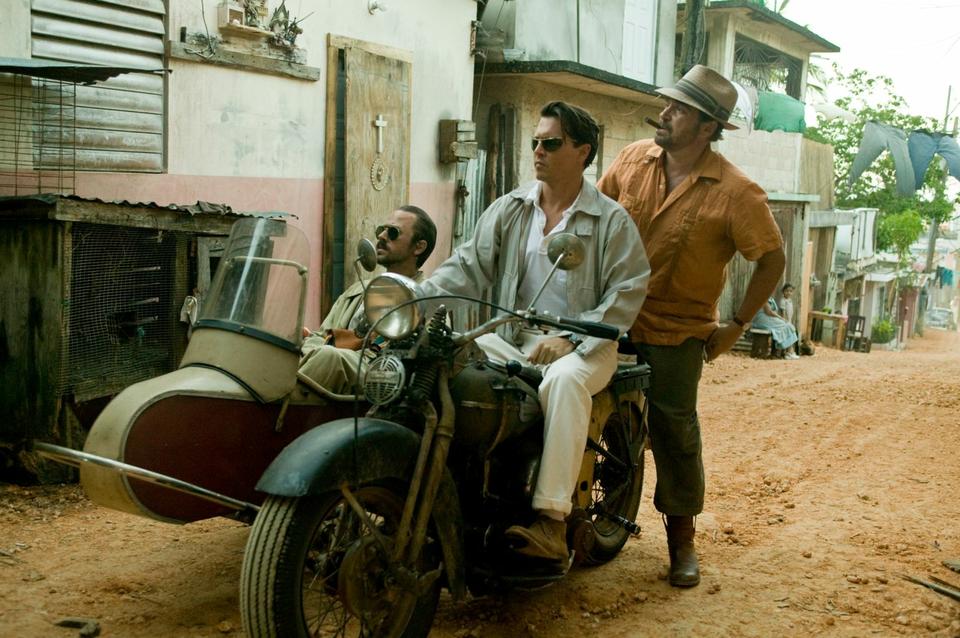 “The Rum Diary,” based on the novel by the late author and iconoclast Hunter S. Thompson, sets itself up as a cinematic love letter to the prolific writer’s persona—a characteristically drug-fueled wild ride through the vibrant jungles of 1960s Puerto Rico. Johnny Depp is cast as Paul Kemp, a hard-drinking journalist in the Caribbean, with Aaron Eckhart as Sanderson, a shady businessman who attempts to co-opt Kemp’s coverage for personal gain. The formula is promising but ultimately lacks both depth and direction, and comes off more like a flawed imitation of the Thompson aesthetic than a fully realized tribute.

The biggest issue in “The Rum Diary” is narrative. A movie can, of course, create meaningful characters and develop a rich universe without a serious plot, and that is clearly the film’s aspiration. But instead of being immersive and illuminating, the film’s meandering comes across more as mere aimlessness.

To start with, the movie takes far too long to set up its characters and their motivations. Each time the narrative attempts to progress to something more complex, the film jumps to some superfluous scene about cock-fighting or a bit of self-sabotaging comedic relief. It’s as if the filmmakers thought that they could counterbalance every three scenes of exposition or heavy-handed social commentary with arbitrary gags. The result is, unsurprisingly, a complete lack of focus.

This confusion extends beyond the movie’s narrative and into its thematic elements. “The Rum Diary” begins with scenes of violence, corruption, and greed that involve engaging ethical dilemmas. But just when the tone seems settled, it is undermined by unnecessary subplots that muddle the message and leave viewers befuddled. Sometimes, the plot spins so far out of control that we are left watching the actors desperately attempting to fend for themselves without a coherent script or storyline.

A prime example: after taking hits from a liquid hallucinogen, Kemp and his sidekick Sala (Michael Rispoli) spend an entire scene asking one other if they can feel the high. There is no point to this segment beyond creating an atmosphere of confusion, something the movie has far too much of already. Even when the scene lapses into a nihilistic montage with a dour Depp voiceover, what might have been an attempt at visual narration comes across as an on-the-nose delivery of the movie’s main points. One gets the distinct impression here, as throughout the film, that Thompson himself would have made much more artful use of the same tropes.

Even more jarring than the film’s narrative and thematic disjunctions is the inconsistency of its central character. On the surface, Kemp serves as a proxy for Thompson himself, as he deals with similar issues of morality and internal strife as the author. When he penned “The Rum Diary,” Thompson was still an unknown trying to find his literary voice. Thus, Depp’s character often makes comments that echo the anxieties of a struggling writer like “I got no voice. I don’t know how to write like me” and “When will this blizzard of shame go on?” We see glimpses of the iconic gonzo journalist of “Fear and Loathing in Las Vegas” fame, yet these snippets of Thompson-like style don’t always match up with the rest of the character. In theory, Kemp, like Thompson, is meant to grow from a young, aimless novelist into an impassioned and noble advocacy journalist. But as portrayed in “The Rum Diary,” this transformation is more like a personality disorder. One minute, the character is full of rage, but in the next moment, such ire disappears and what remains is merely Paul Kemp, resident ambivalent protagonist.

“The Rum Diary” had the potential to be a lasting tribute to a literary folk hero. But instead, it plays more like a meandering, inconsistent assemblage of references and imitations of Hunter S. Thompson’s style. For a movie with such potent source material and Depp’s impressive talent, that is a profound cinematic disappointment.