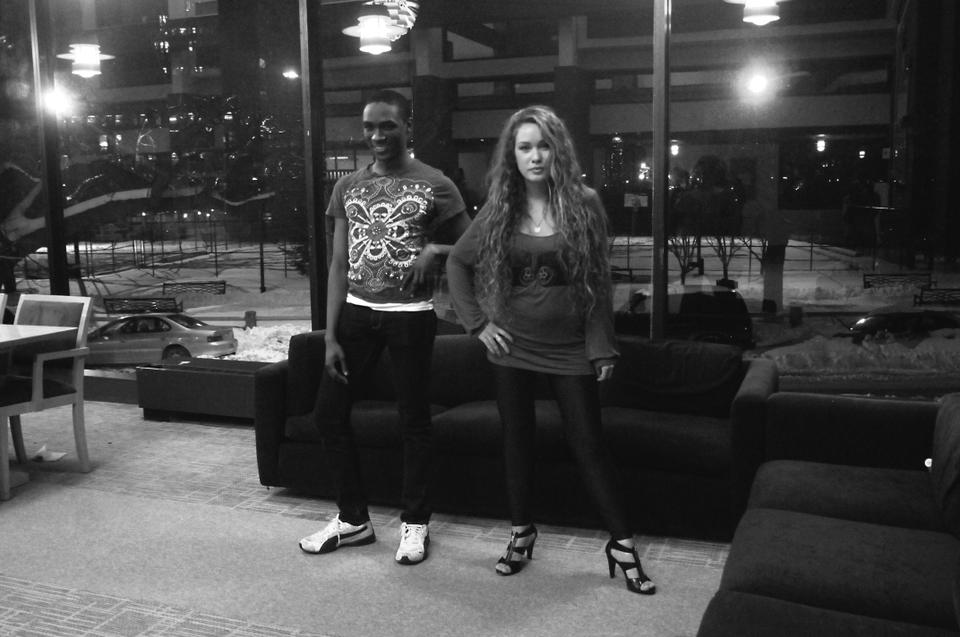 It was a Thursday night, and my friend who had worked for the circus was administering my cheeks with lipstick until he deemed me audition-ready.
By Maria Shen

It was a Thursday night, and my friend who had worked for the circus was administering my cheeks with lipstick until he deemed me audition-ready. For this night—the night of the Eleganza model auditions—the pants were coming off, the dresses were going on, and the heels were getting taken out of the closet. I was going to get an inside look at Harvard’s model selection process.

I’ve had some modeling experience in the past. In the photo, my eight-year-old self stood holding a stopwatch, my face partially obscured by a beaming blonde girl. But now it was runway, and my ankles felt wobbly in the four-inch stilts. After some pump up music from Enrique Iglesias and a few rounds of liquid courage, I was as ready as I would ever be.

When I arrived at Mather dining hall, I was ushered behind a line of long-legged girls (and a few very tall, very good looking guys—call me?). Prospective models had to fill out a short form. Special talent: strutting. Personal style—I hesitated on this one, considering some of my past fashion choices, like baggy pajama pants and two-day-old shirts whenever finals rolled around. I abashedly wrote, “too cool for school.” After a head shot with my model number, 78, I sat down and waited. I learned from the old timers that the auditions were held privately, in front of a panel of judges. You had to do two walks: a normal walk and a “pump up the crowd” walk.

The wait was a long one.  The buzz from the beginning of the night was slowly wearing off, and I became more acutely aware that I would be facing four girls who were going to decide if I was hot or not. That, and the burgeoning realization that my exaggerated blush made my face look like a huge stop sign.

Finally, number 78 was called. I was told to walk, pose, walk, then rouse the crowd. I strutted to “Whip My Hair” and my hips swung like they’d never been swung before. To rouse the crowd I tried to do a moonwalk—a bad idea in heels, for the record—and I shook my body like I was the weird sweaty guy gyrating by himself on the dance floor. One of the judges laughed, though I’m not sure if it was with me or at me. At any rate, the audition was over and I was out of the room before I knew it.

I have not heard back from them, yet, but I figure it doesn’t matter. I’m a supermodel now. No big deal.