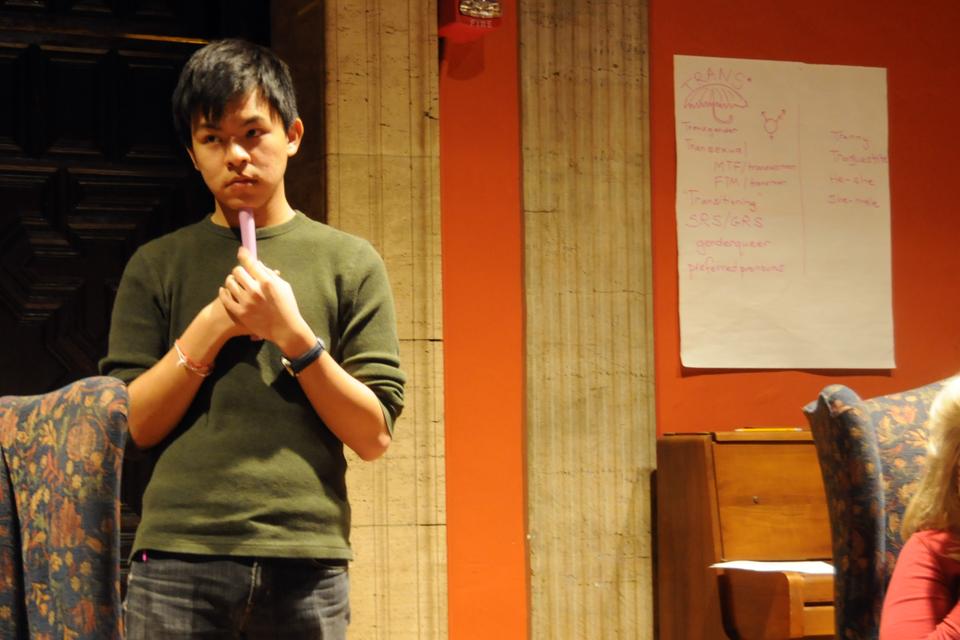 Members of the Harvard College Democrats gathered last night to discuss whether the exclusion of trans-identified individuals from the military should prevent the return of the Reserve Officers’ Training Corps program to campus. Though the organization did not take a formal vote on the matter, those who spoke at the meeting by and large said that ROTC should be welcomed back to Harvard, despite objections over trans exclusion.

Though the Senate repealed “Don’t Ask, Don’t Tell”—which excludes gays, lesbians, and bisexuals from joining the military—in December, trans individuals are still not allowed to join the armed forces.

While the policy’s repeal in December allowed gays and lesbians to serve in the military, transgender and intersex individuals are still forbidden to enlist because gender identity disorders are considered to be medical disqualifications. Transgender describes individuals whose gender identity does not align with the sex assignment they were born with. Intersex refers to people who are born with a combination of male and female physical features.

Citing a transgender person he knows at Harvard who was disqualified from joining the military because of his sexual identity, Jia Hui Lee ’12, a presenter from Harvard Trans Task Force, told the members about an ongoing petition reaffirming Harvard’s commitment to non-discrimination policy regardless of an individual’s gender identity.

According to Lee, other countries in the world, including Thailand and Australia, allow transgender individuals to join the military.

Hands shot up in the air as about 25 students who gathered at the Adams House upper common room awaited their turn to speak.

Tori E. Wenger ’14 suggested that rather than protesting against ROTC’s exclusion of transgender individuals, the Democrats should work with lawmakers to make changes in the law and raise public awareness.

Jimmy P. Biblarz ’14 said that the College Dems should defer decisions on the issue to the national Democratic party and Harvard administrators.

“We are not the decision-making body for Harvard. We are the Harvard College Democrats, so we need to support the return of ROTC because that’s what the party did. That’s what Obama did,” he said.

Adding to Biblarz’s statement, Wenger said that she agreed that the objective is to eventually allow transgender individuals to serve in the military, but that the current policy should be embraced as a step forward for gay and lesbian rights in the U.S.