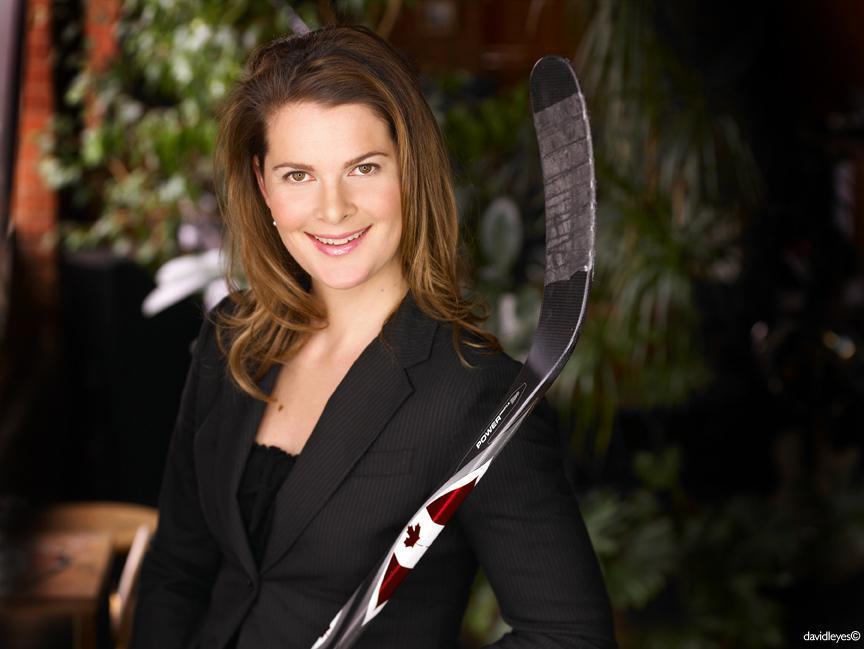 “I feel like I’ve been fortunate enough to play at the elite level for quite some time,” Botterill says. “I’m at a stage in my life where I’m looking forward to some other things as well. It just felt right for me.”

Botterill’s Olympic career came to a fitting conclusion on Feb. 25, 2010 when she assisted on Marie-Philip Poulin’s gold-medal winning goal.

Botterill began her habit of winning championships during her days at Bright Hockey Center. As a freshman, she scored the game-winning goal in Harvard’s 6-5 overtime win over the University of New Hampshire off an assist from co-captain A.J. Mleczko '98-’99—giving the Crimson its first and only national title.

“She’s scored unbelievably big goals when we needed them,” Harvard coach Katey Stone says. “She had just a fantastic career.”

Botterill followed Mleczko’s lead in another way—by winning the Patty Kazmaier Award as the nation’s best female collegiate hockey player in 2001, two years after her teammate. Botterill won the award again in 2003, making her the only athlete to take home two Kazmaier trophies.

“I really loved my time at school,” Botterill reflects. “I think that I learned a lot in my playing career at Harvard.”

“I feel our rivalry with the U.S. has always been very competitive,” she says. “As a team, we’ve been able to bring our best performance at the Olympics.”

But Botterill says that breaking the hearts of her former Harvard teammates hasn’t interfered with their friendship off the ice.

“I feel like that was certainly a good experience,” Botterill says of playing with American Olympians Mleczko, Ruggiero, Jamie Hagerman ’03, and Julie Chu '06-’07, during college. “It added a healthy element ... we’ve become very good friends. When you’re competing and playing against them, it’s still intense. We also realize that we’re still really good friends with them off the ice.”

Because of Botterill’s attachment to the Crimson, it was fitting that she return to Bright the weekend before her retirement. Botterill and her Canadian Women’s Hockey League team, Toronto, defeated Boston in a playoff matchup to earn the team a spot in the Clarkson Cup, the Stanley Cup of women’s hockey.

Botterill has not announced whether she is retiring from the CWHL or only from the national team. But even if the forward chooses to move on from her playing days, she will hardly be settling down. In addition to her on-ice exploits, Botterill has been working in broadcasting as a host for Gretzky.com and has recently taken up speaking at events. She is also active with several charities, including Right to Play, EatSmartOntario.ca, Special Olympics, Kidsport, Children’s Wish Society, and Canadian Cancer Society.

And Botterill’s performances on the ice won’t be forgotten anytime soon. Eight years after her graduation, her career record of 340 collegiate points has yet to be broken.

“Right from my freshman year, Coach used her as an example of what to strive for: hard working, giving her summers to improving whatever she needed, character player, sportsmanship, and great leadership among her teammates,” Brine recalls.

“She’s a tremendous ambassador for the game,” Stone adds.

As her career with the Canadian national team—the third longest in the program’s history—comes to a close, Botterill can leave the national team fully confident in her position as one of the greatest women’s hockey players of all time.

“She’s done everything,” Stone says. “I’m so happy for her that she decided to retire. I don’t think she has anything else to accomplish or to prove ... She can retire knowing that she’s reached the apex of her sport.”