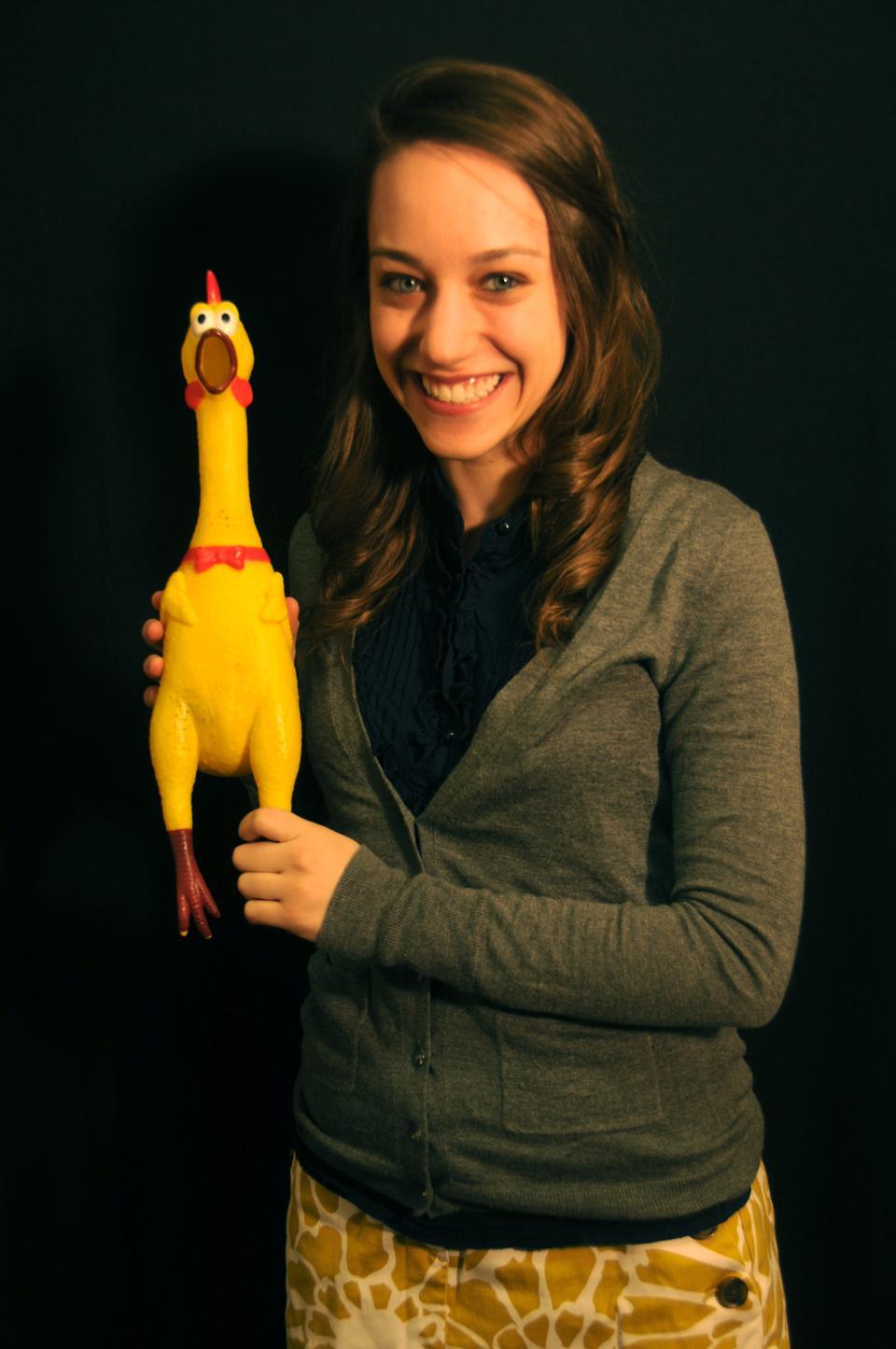 Last year in HAA 172w: “American Art and Modernity,” I learned about Robert Rauschenberg’s “combines,” the hybrids between painting and sculpture that the artist produced during the 1950s.  Particularly intriguing was “Odalisk,” in which a stuffed rooster is mounted atop a box plastered with images of female nudes.

I considered it the second best poultry art I’d ever seen.

The first is in my hometown of Gainesville, Ga. On a small patch of grass next to the IHOP rests Gainesville’s chicken statue. The statue, constructed in the late 1970s, consists of a thin, white marble obelisk rising out of a three-pronged base. Perched atop the obelisk is a life-size bronze rooster. It stoically peers down upon the center of my small town and stands perfectly straight, with nary a feather out of place.

Gainesville’s statue celebrates the town’s likely self-imposed title as “Poultry Capital of the World,” a moniker gleaned from the prevalence of chicken processing facilities in town. Fittingly, the statue is located on Jesse Jewell Parkway, named for a revolutionary in the struggle to bring white meat to middle class Americans. Jewell, a Gainesville native, streamlined the poultry processing method and helped transform my hometown into the poultry hub it is today.

In addition to honoring Gainesville’s claim to fame, the chicken statue also provides a wealth of information about the significance of our feathered friends. Copper plates attached to the faces of its base educate visitors on such important topics as “The Importance of Poultry to You.” One of the plates reads, “Poultry ranks at the top of the food list in taste, elegance, digestibility, and versatility … Wherever you live, poultry is more important to you than you may realize.”

This is particularly true if you live in Gainesville, where we take our fowl reputation seriously. For instance, within town limits it is illegal to eat chicken with a fork. Though I’m hesitant to admit in print to breaking the law, I can’t say that I eat Chick-fil-A chicken salads with my fingers. Thankfully, I’ve never really seen the law prosecuted.

It is a double-edged sword hailing from a town that is surprisingly good at processing poultry. Telling people you come from the “Poultry Capital of the World” always excites an interesting reaction. There’s a certain pride in coming from a place with character.

In 1997, a great scandal arose over the chicken statue. Overnight, as if by an act of God, the docile rooster that had spent decades faithfully manning its perch was gone. In its place appeared a supersized stainless-steel bird aggressively flapping its wings.

The public backlash was overwhelming. The local paper was filled with condemnations of the new chicken, and the city government flooded with calls. It was instantly clear that the new rooster was not going to fly in Gainesville. This was certainly not because we aren’t bold and brash like the new statue. If anything, the new version was a better representative of the strong personalities of my town’s inhabitants.

The problem was that Southerners are not much for change. In a small town like mine, tradition is valued, even when the tradition itself is not that old. Processing chicken might not be the most glamorous specialty, but we’re proud of it nonetheless.

The uproar didn’t last long—two months after it first disappeared, the faithful old chicken returned to its roost.

— Lauren D. Kiel  ’11,  a history and literature concentrator in Adams House, is a former associate managing editor for The Harvard Crimson. She still dies a little on the inside every time she eats chicken with a fork.