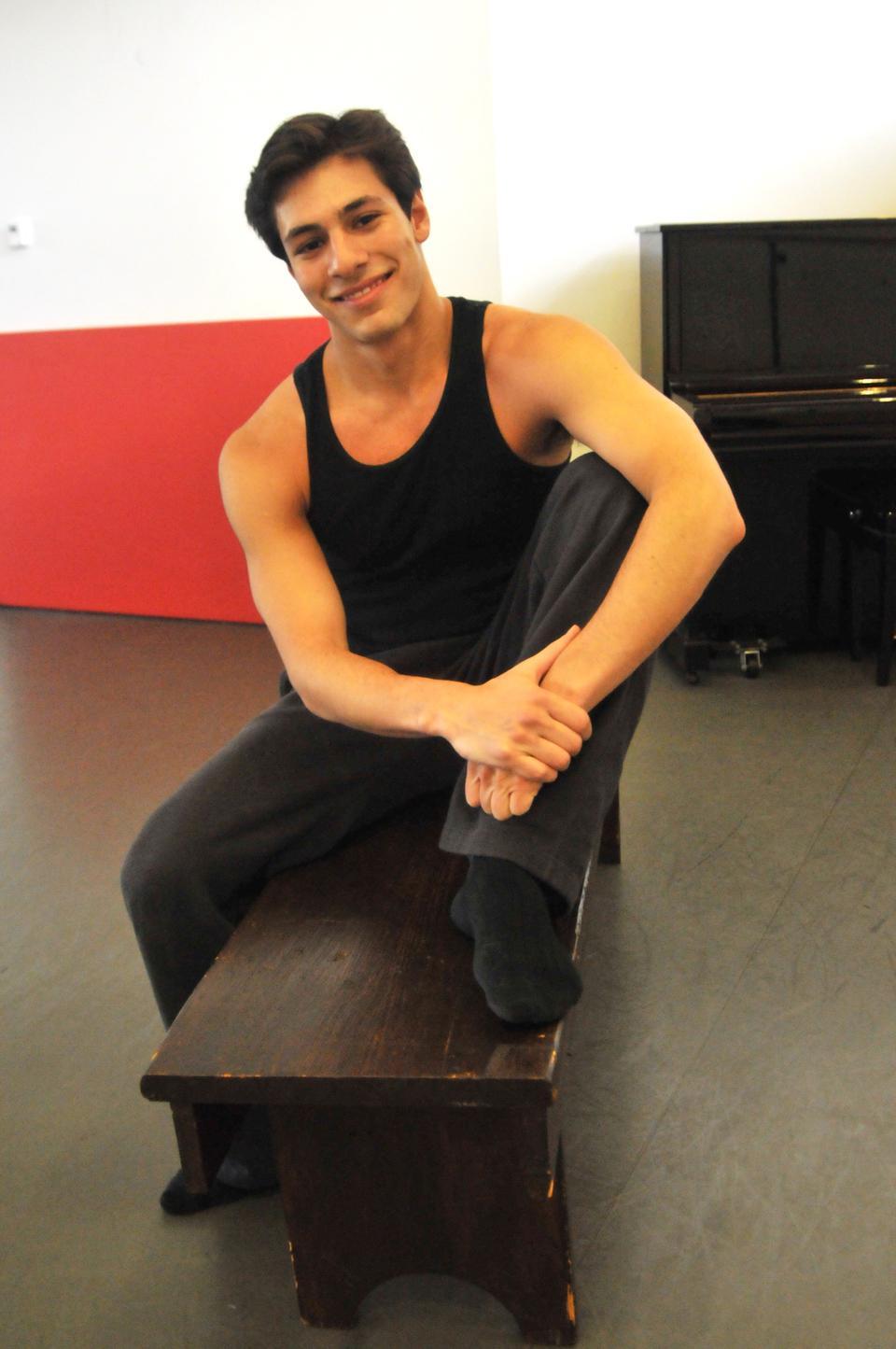 Choreographer, performer, and director Frederick “Ricky” D. Kuperman ’11 has choreographed numerous productions and worked with many organizations on campus, including the Harvard Ballet Company, the Harvard Contemporary Dance Ensemble, and the Harvard-Radcliffe Dramatic Club.
By Andrew R. Chow, Contributing Writer

Choreographer, performer, and director Frederick “Ricky” D. Kuperman ’11 is a psychology concentrator in Lowell House. He has choreographed numerous productions and worked with many organizations on campus, including the Harvard Ballet Company, the Harvard Contemporary Dance Ensemble, and the Harvard-Radcliffe Dramatic Club.

The Harvard Crimson: How did you get into dance?

Frederick D. Kuperman: I started training as a gymnast pretty early on in my childhood. My brother [Jeffrey D. Kuperman] began dancing before I did. I went to one of his shows, and I was very impressed and engaged by what he was doing.

THC: Describe your dance and choreography beginnings at Harvard.

FDK: When I arrived on campus as a freshman, it was a difficult transition because the focus was less on athleticism and virtuosic movement and more on the conceptual elements of dance. Adjusting to that change in perspective was a challenge at first, but it also expanded my horizons and convinced me to start making my own work. An important year in terms of my growth as a choreographer, dancer, and actor was sophomore year, when I began to work with Catherine C. Videt ’09. I worked on two shows that she directed that year, and they really expanded my understanding of what theater could be. Our relationship still continues to this day. We’ve worked together on many projects, including two recent pieces, “One Arm and a Leg” and “Hold Music.”

THC: Can you tell me more about your directorial debut, “In a Moment?”

FDK: “In a Moment” is a short dance film. It was a pleasure to explore storytelling in this unconventional form. It’s really interesting to see how choreography transfers onto film and to see what a particular movement is like from such a close distance—one that is impossible with conventional stage choreographies. There is a lot of potential to explore this marriage between choreography and cinema. I think with “In a Moment” we took a step towards beginning our exploration of joining these two media.  An amazing example of a dance-for-camera work is “Amelia” by Edouard Lock. I also love [Canadian independent filmmaker] Moze Mossanen, a director with whom I had the privilege of working.

THC: Describe the influence that your brother has had on you.

FDK: We grew up together, we danced together, and we did high school theater and martial arts together. A lot of our influences growing up were identical. While we are our own people during the year, whenever we get a chance to work together, we jump on it. All of our professional projects have been done in a collaborative way. So many times when we’re working together, I find him finishing my sentences. But although we’re so in sync, it’s great when we have divergent opinions, because it means we spark a real debate and it pushes our work to a deeper level. It wouldn’t be an accurate picture of me if I didn’t talk about him.

THC: In what ways do your academic pursuits relate to your choreography?

FDK: Studying psychology at Harvard has undoubtedly influenced my development as a choreographer and director. Especially when telling stories, an understanding of the way humans think is instrumental in crafting three-dimensional characters. More than that, an understanding of the mind-body connection has been helpful even in purely kinesthetic explorations.

THC: Do you plan to continue dancing after graduation?

FDK: If all goes as planned, I’ll be in New York next year working on a new physical theater piece. There’s also a music video project and a short film in the works. I intend to work as a performer, choreographer, and director. It’s a little bit frightening, but the uncertainty is exciting. I know that it’s what I need to do right now. When I’m making work, it’s when I’m at my sharpest, happiest, and most fulfilled.

THC: If you could pick any era to be a performer in, which one would it be?

FDK: I would transport instantly to the Golden Age of Hollywood [a period loosely defined as 1930-1960 in American cinema] and would make friends with Gene Kelly and Donald O’Connor. We would do a sequel to “Singin’ In The Rain.”