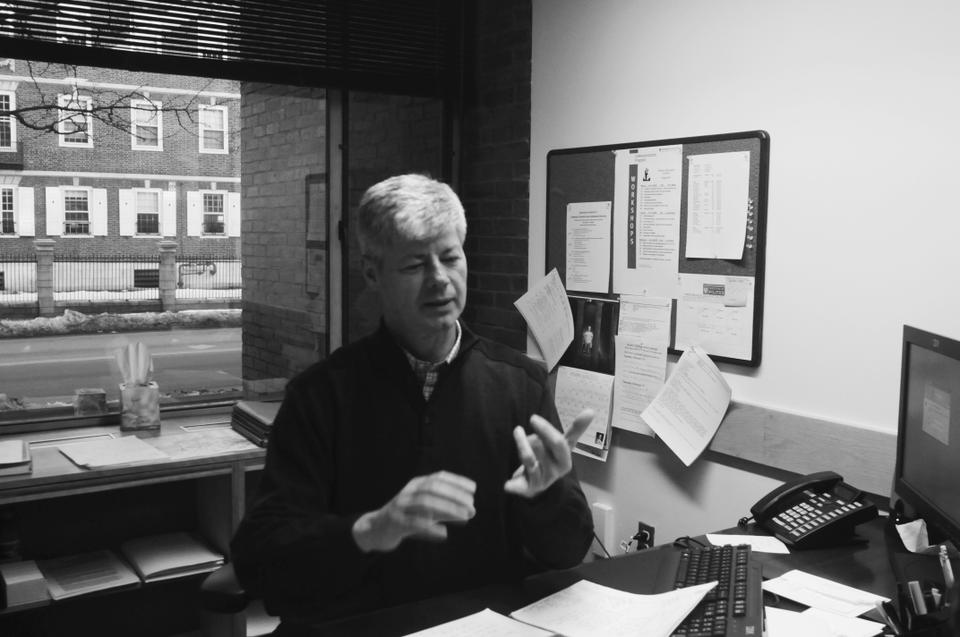 From 1993 to 2011, Bartholomew “Bart” T. Stupak served as the U.S. Representative from Michigan’s 1st congressional district. The pro-life ...
By Michelle B. Nguyen

From 1993 to 2011, Bartholomew “Bart” T. Stupak served as the U.S. Representative from Michigan’s 1st congressional district. The pro-life Democrat came under national scrutiny in 2009 for opposing federal funding for abortions with the Stupak-Pitts Amendment to President Obama’s Health Care bill. Now retired from the political arena, the Institute of Politics Spring Fellow spoke to FM about his life experiences, his hair, and his future.

1. Fifteen Minutes: You have been a state trooper, a practitioner of law, member of the State Legislature and a Congressman. Where does IOP Fellow rank among these positions?

Bart T. Stupak: Right up on top. I look at it as like the capstone of my political career. They recognized that I had something to contribute to the world of politics, and I was asked to share it with young students. I was really honored.

2. FM: What was your experience as a state trooper like? (My mother is a police officer but I’m pretty sure she’ll run for the hills at the sight of a fight.)

BTS: Actually, most of my time was spent doing investigations. I was the only attorney in the Michigan State Police so I did special assignments. I led a team of six troopers and we were the mobile strike force, so if there’s a demonstration, we’d be the first team to go. We did murder investigations, the Ku Klux Klan. We did all kinds of things, and at the end I was investigating members of the Michigan State Legislature. Four years later, I was a member of the legislature. So being a police officer for me was a lot of fun. I enjoyed it. Unfortunately, I was injured and retired from the state police in 1984.

3. FM: What was the transition like from the Police Department of Michigan to Congress? Which one is scarier: Michigan’s crime scene or Capitol Hill’s battlefield?

BTS: Michigan’s crime scene. In between I practiced law for a couple of years, then went into politics. But no doubt, some of the cases I worked on were much more intimidating than members of Congress.

4. FM: What’s the best and worst thing about Michigan?

BTS: The best is the lake and the outdoors. The worst? Right now, it’s the economy. The auto industry hasn’t recovered, and we’re still struggling.

5. FM: After having seen and interacted with Harvard students, do you wish that you had come here instead?

BTS: No. Harvard for me, at that time in my life, would probably be a little intimidating. So I was happy where I went, a small community college in Michigan. There, I got to play sports and really enjoyed college life. After that, I started working, so Harvard wouldn’t have been for me.

6. FM: Have you had a chance to sit in on any undergraduate classes?

BTS: Yes I have, a couple in communications and speech writing. I’ve been to public speaking clinics, the JFK Forum, and the other fellows’ workshops. I believe that whenever you have the opportunity, you should try to learn. If I didn’t, when I was injured at the police department, I’d have been in a rough shape. When I went to the state police, I only had a two-year degree. While there, I earned my bachelor’s degree and got my law degree, never knowing what was going to happen. I ended up getting injured, but I was already an attorney so I had a good career to fall back on. The moral of the story is, whenever you can, you must grab an education. You’re never too old to learn.

7. FM: Do you miss being a college student?

BTS: I’m sort of a college student again, and I find it exciting. I’ve read three books since I’ve been here. I love to read, but in legislature you’re always reading memos, briefing papers or testimonials. So I’ve really enjoyed the opportunity to read books.

8. FM: Has anyone told you you kind of look like Anderson Cooper? Do you have any secret to great hair?

BTS: No, they usually tell me I look like Sam Waterson [from “Law and Order”]. Great hair? It grays really easily. When I went to Congress, I had a white spot only, and the guys called me Spot. I’m tall, so when we had events on the House floor, people would ask, “Where should we look for you?” and they would say “Always look for the guy with the white spot, and I’ll be two rows behind him.” So I was like the beacon. Anyway, I’ve got a full head of hair with a white spot. I told my wife I got that the day I walked down the aisle. Joking, of course. She doesn’t think it’s funny.

9. FM: Having been through three administrations, do you have a favorite President? (Don’t worry, we’re bipartisan.)

BTS: Bill Clinton by far is my favorite President. I went in with him in 1992, and you always have a special bond with the president you went in with. We did a lot of things together, like golf or other social occasions. When I see him now, it’s always a friendly reunion. I like Bill Clinton.

10. FM: Could you describe each of the three presidents in one word?

11. FM: In 1992, you won in a traditionally Republican district, and you’re a pro-life Democrat. What’s it like, always being the minority?

BTS: That was a reason why I was never home, because you always had to attend these events because you had to build relationships within the district so people’d vote for you. So being a minority required you to put in extra effort. So there’s the sacrifice there.

12. FM: What is the best and worst thing about being a politician?

BTS: The worst thing for me was the constant travel and never being home. The best thing is the opportunity to serve our country.

13. FM: What advice would you give to students who aspire to pursue a career in politics post graduation?

BTS: Do it. It’s a noble profession. Don’t let anyone tell you differently.

14. FM: Can you finish the sentence? If Sarah Palin becomes President of the United States in 2012 ...

BTS: I will leave the country.