Decisions on Hold: Examining the Waitlist 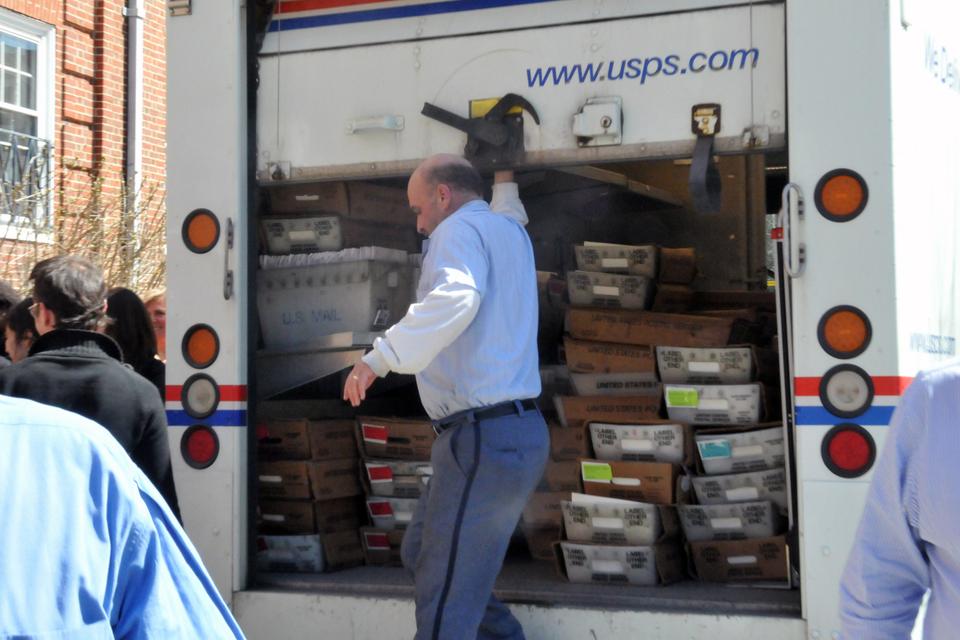 This year, thousands of students will open their letters to find that they are neither accepted nor rejected — they are waitlisted.
By Justin C. Worland, Crimson Staff Writer

Ellen C. O’Leary ’14 had just learned the name of her future roommate and was feeling excited for her first year in college at Washington University in Saint Louis.

But on an otherwise ordinary day last June, O’Leary received a phone call informing her that she had just been accepted to Harvard College’s class of 2014.

“I was home alone, and I jumped around in my house by myself,” she recalls.

In the coming days, approximately 2,200 high school seniors will receive a highly coveted large envelope, notifying them of their acceptance to Harvard College. Many thousands more will receive a dreaded rejection letter, crushing what was perhaps a lifelong dream.

However, an undisclosed number of applicants will stay in limbo on the waitlist. Those who choose to remain under consideration may not receive any final word from Harvard until July 1.

Being waitlisted is typically less upsetting than outright rejection for students. But critics say the waitlist process is opaque and uncertain.

The main consideration in placing a student on the waitlist is whether he or she has a realistic chance of gaining admission in later stages of the process, according to Dean of Admissions and Financial Aid William R. Fitzsimmons ’67. This determination is usually a consensus reached by the committee and does not require a vote, he says.

“If there were no chance you were going to take a person off the waitlist, it would be a disservice to the applicant,” says Fitzsimmons.

While Harvard does not release statistics on the number of students that it waitlists every year, the numbers at peer institutions are often close to or greater than the size of the entire class. This year, Yale and Princeton—both with an average class size of approximately 1,300—waitlisted 996 and 1,248 students, respectively.

In the last four years, between 49 and 228 students have been accepted to the College off the waitlist—numbers comparable to those at peer institutions. Only once in the last decade have no students been admitted to Harvard from the waitlist.

This year, as in years past, Fitzsimmons says his office aims to accept between 50 and 125 additional students into the class of 2015.

College counselors offer a variety of explanations for the large number of students on the waitlist.

According to Michael Goran, director and educational consultant at California college counseling firm IvySelect, the large waitlist is all about “coverage.”

“[They need the long list] to be able to go back and have a body of students that they find interesting and appealing,” he says. “In some cases they’re reevaluating those students all over again.”

Independent Conn. college counselor Gay S. Pepper attributed the large waitlist to the admissions office’s need to have students on the list with interests similar to those of their accepted counterparts, in case those students choose not to attend.

“The role of the admissions office is to bring a class that represents the goals of the college in terms of the kind of student body they want,” Pepper says.

Admissions offices are also unable to predict how many students will actually choose to remain on the waitlist.

According to Fitzsimmons, approximately a third of those who are offered a place on the waitlist take themselves off.

While most students see May 1 as the end of the stressful college admissions process, students who decide to remain on the waitlist still have work to do.

Waitlisted students are expected to send in a letter reiterating their interest in the college and sharing any new developments since the submission of their applications in the fall.

“It’s very important that they reflect that its their first choice and [that] if admitted, they will attend,” Goran says, noting that at this stage colleges do not want to risk accepting someone who will not attend.

According to Fitzsimmons, the information a student sends in is often a definitive factor in an admissions waitlist decision.

“Sometimes the [application] you’re looking at in May or June is infinitely better than it was earlier,” he says.

After submitting new information, students are left to wait for an indefinite period of time, though Fitzsimmons says that Harvard aims to make its decisions by July 1.

Although the acceptance rate for waitlisted students is generally low, students who choose to remain on the list typically accept the offers if they receive them, Goran says.

“It’s not that often that students make it off the waitlist,” he says. “But it does happen.”

Still, many students who are waitlisted choose to end the stress of the process rather than hold out hope for a later admission.

“Unless it’s the school of their dreams, often students will let go and say, ‘[I] don’t want to be in limbo. I’m happy with the schools [I’ve] gotten into,’” Goran says.

While Harvard insists that the waitlist is a legitimate way to tell students that they will be reconsidered if space in the class becomes available, some with knowledge of the admissions process allege that being waitlisted can serve other purposes.

Some critics allege that highly selective institutions have a “courtesy waitlist” that serves to placate families with close financial ties to the school who would be angry if their child were rejected.

“You would rather let them down gently,” says Goran. “That’s certainly one way to do it rather than offer an outright rejection.”

Fitzsimmons denies that Harvard employs a courtesy waitlist, dismissing the logic behind such a list.

“An unrealistic waitlist decision could actually harm relations between the [high] school and Harvard and the family and Harvard,” he says.

Fitzsimmons does, however, acknowledge that admissions officers sometimes grow attached to applicants and support waitlisting them, rather than rejecting them outright. But, he stresses that applications with unrealistic chances of admission are never waitlisted.

“It’s hard to send a rejection letter to a lot of people who apply to us,” he says. “Sometimes it’s very hard for [admissions officers] to let go.”

Independent college counselor Amy Sack says that some colleges will waitlist the children of legacies and influential donors in order to accept them later on without giving off the appearance that the school accepted a student who is clearly unqualified.

“I know that admissions officers [can] get extremely nasty calls,” Sack says. “Students feel better if they make it to [the waitlist].”

Fitzsimmons acknowledges the public perception that the waitlist is unlikely to actually result in admission.

“A lot of the public views it as a fruitless exercise,” he says. “But you have to stay on the waitlist in order to get off it.”

—Staff writer Justin C. Worland can be contacted at jworland@college.harvard.edu.