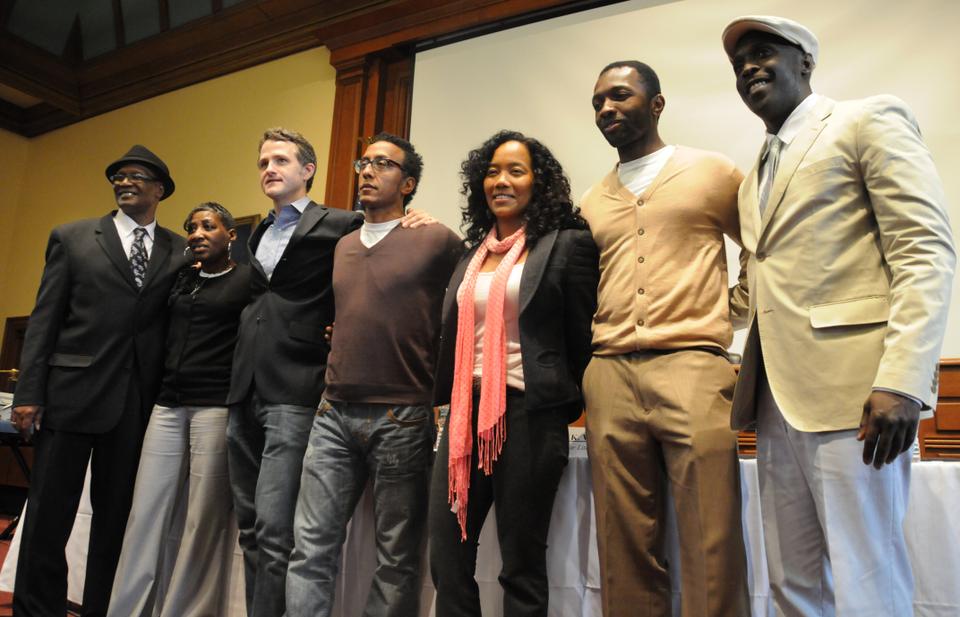 Cast members and creators of HBO’s “The Wire” called for students to tackle the causes and consequences of poverty that are vividly portrayed in the television show at a panel at Harvard Law School last night.

Law School Professor Charles J. Ogletree organized the event, the second such gathering of cast members at Harvard this academic year, in conjunction with a course he is teaching this spring at the Law School called “Race and Justice: The Wire.”

The event was in part a celebration of the show—the cast reminisced about their favorite scenes and plot twists—but also a discussion about America’s inner-city poor.

Co-creator of the show Ed Burns—who participated in the panel via Skype—spoke about the show’s link to real social issues.

“It’s about race, it’s about class, it’s about institutions and how those institutions perceive people, how people are chewed up by institution,” Burns said. “We looked at a world we knew fairly well, [and were able to] explore the truths hidden behind mist.”

Williams said that although he sometimes questioned whether portraying a violent drug dealer glorified a criminal lifestyle and black-on-black violence, he said he believed “The Wire” had a good influence on Baltimore and the nation as a whole.

Many of the cast and crew took the opportunity to talk policy. When asked to discuss what Harvard Law students can do to help save American cities from poverty, both Simon and Sohn issued a call to action to the audience.

“We’re going to need to pick up a brick and get out in the street,” Simon said. He said that ever since the 1970s, inner-city poor and working class families have been neglected.

Wesley D. Lewis, a first year at the Law School and a student in Ogletree’s seminar on “The Wire” this semester, said that he enrolled in the class because of Ogletree’s prestige. But once he caught up on episodes of the show, he said he soon realized why the show created such a phenomenon.

Donna Ackermann, who is not affiliated with the University, said she came to the event because of her love for the show. She said she supported the multiple calls for Law School students to become public servants.

“If you don’t do that at Harvard Law School, where else are you going to do it?”