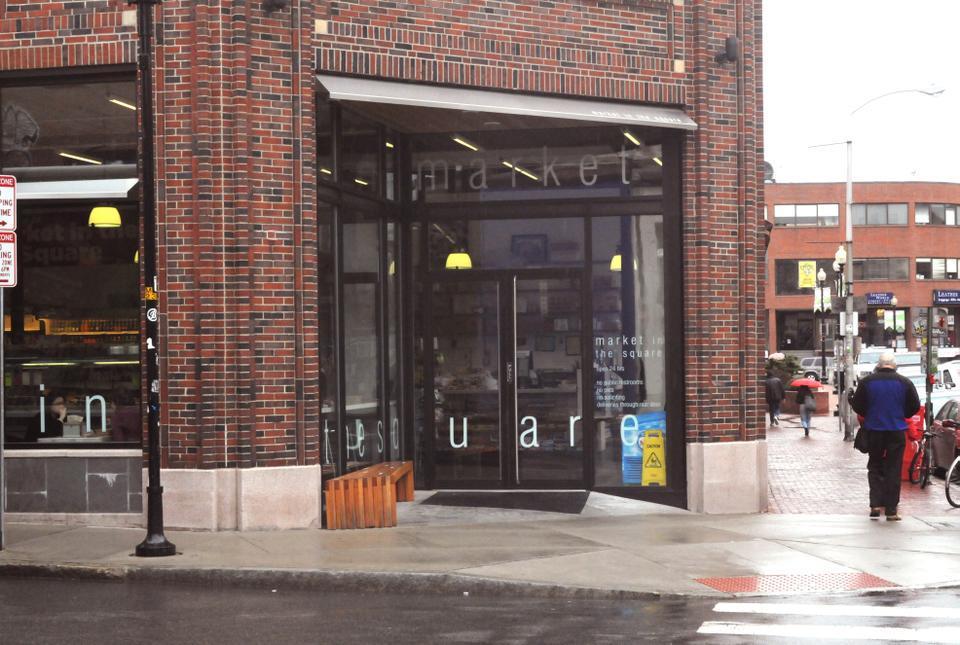 Market in the Square, a 24-hour deli located on Church Street, was the site of an alleged homophobic incident late Saturday night.
By Tara W. Merrigan, Crimson Staff Writer

A Harvard undergraduate may have been thrown out of Market in the Square by a homophobic clerk after kissing his boyfriend in the store early Sunday morning.

In search of a late-night snack, Aaron C. Fallon ’11 and his boyfriend, who is not a Harvard student, briefly kissed as they perused the aisles of the 24-hour market. A moment later, an employee approached the couple and said, “We don’t want that shit in here,” according to Fallon.

“We were trying to pick out something to eat, and my boyfriend kissed me,” Fallon said. “Literally right after we kissed, an employee came out from behind the sandwich counter and told us to get out.”

The employee ushered them out of the store.

Fallon, deeply concerned, sent an email describing the incident over the open email list of the Harvard College Queer Students and Allies, which prompted an outpouring of support from list members.

Fallon, a Market in the Square regular, returned to the store yesterday morning to discuss the incident with the store manager, Ahmed Eino. After reviewing the relevant security camera footage, the manager called his employee and confronted him about the issue.

“I go there a lot, and I was really offended by what happened,” Fallon said. “I felt personally attacked, and I went back because I wanted to say that homophobia isn’t going to be tolerated.”

Eino said that his employee said he believed the two were stealing and was still alarmed by a fight that had broken out in the store 15 minutes prior.

“Apparently the employee said he thought that we were stealing something, but that’s ridiculous,” Fallon said. “We had our hands in our pockets the whole time. We were in the olive oil section. I wasn’t trying to steal olive oil from Market in the Square at 3 a.m.”

Fallon explained this to Eino, who then pressed the issue with his employee. The clerk then said that he believed the two were going to do something “inappropriate” when he saw them kissing, according to Eino.

After discussing the issue with his clerk, Eino apologized to Fallon for the incident and informed his employee that he would have to find a new job by the end of the week.

“I know my guys, and this guy had been working for me for a while,” Eino said in an interview. “We [are] all human, and a human makes mistakes. But this wasn’t shoplifting and the way my clerk acted was unacceptable.”

QSA Co-Chair Emma Q. Wang ’12 said that she was glad the incident was resolved and noted the support Fallon received from Harvard’s queer community and its allies.

“In my three years here, I don’t remember seeing something similar go over the [QSA] email list,” Wang said. “Generally homophobia goes unannounced, but I was proud that Aaron spoke up and sent this over the list and I was very impressed to see the response.”

Wang added that she hopes that Fallon’s email will inspire other members of the queer community to speak up about instances of discrimination they may face.

Fallon said that though he did not wish for the employee to be fired, he was heartened by the way the store manager handled the situation.

“This will make me more confident in standing up for myself if I ever face homophobia again,” he said. “At the time I felt so trampled on and weak, but it was a really good feeling to stand up for myself and get support and hear confirmation from the manager.”

Fallon added that he will most likely return to Market in the Square sometime in the future.