Safe Restrooms: Basic for Some, A Luxury for Trans Men and Women on Campus 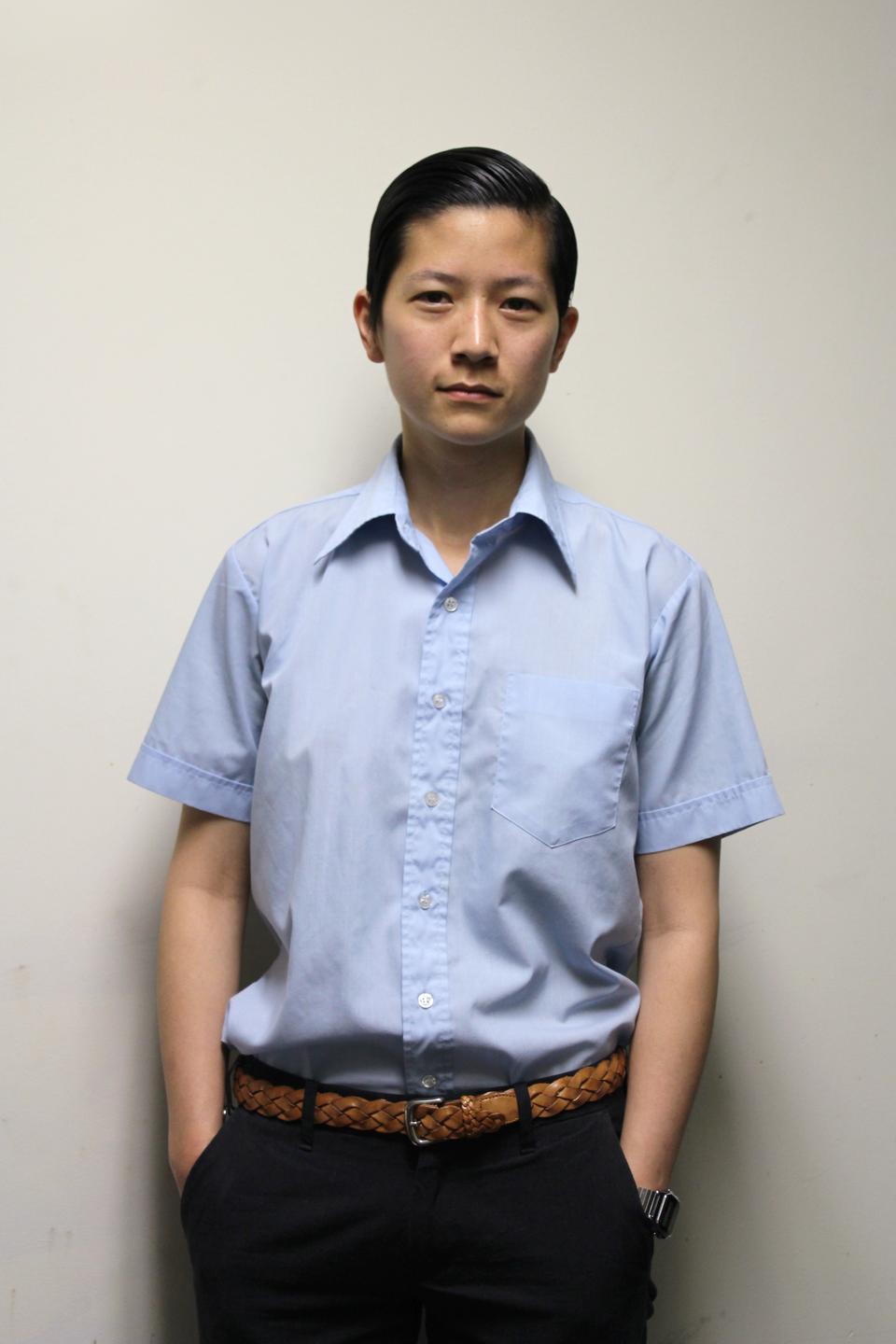 With her flannel shirt and short hair gelled into a stiff side part, it’s hard to identify Anna N. Murphy ’12 as male or female.

Her style is more Goodwill than Urban Outfitters, set off with big belt-buckles and cowboy boots. Some might call her hipster—or hispter-esque at least—but these are political clothes that blur the line between masculine and feminine.

Murphy, a social studies concentrator, identifies as transgender, which means her appearance is more masculine than feminine.

When she arrived at Harvard, Murphy’s dark black hair was long and reached her shoulders, but over the course of the past three years, she has cut it shorter and shorter, resulting in a fair bit of confusion—“I’m called ‘sir’ in lecture often,” Murphy says.

Today, it’s become less taboo for individuals like Murphy to blur gender lines. But for Murphy, whose gender-bending appearance breaks from the norm, life comes with a series of choices that box her into the category of male or female, and nowhere is that more true than in that most everyday of actions—going to the restroom.

With simplistic stick figures adorning its doors—a woman in a dress and the outline of a man—the public bathroom is one of the last remaining institutions that sifts men from women.

And for those who cannot be easily identified by others as a man or woman, entering a single-gender bathroom can come with painful consequences. For that reason, activists have made the increased availability of gender neutral bathrooms one of their top priorities, actively lobbying for restrooms that allow both men and women to enter.

Cameron Partridge pulled over on the highway to use a rest stop bathroom. He crossed the lobby and headed toward a restroom. At the time, Partridge identified as transgender but had yet to transition and therefore did not feel comfortable using the men’s restroom. So as he opened the door to the women’s restroom a man yelled, “Hey buddy—wait!” The man walked over with a dim-witted grin on his face and said to Partridge, “You’re about to go into the ladies room!”

Partridge looked at the man dumbfounded, turning words over in his head wondering what to say, and blurted out, “I know.” The man looked at Partridge strangely for a moment, apologized, and walked away.

Several years ago, while studying at the Divinity School, Partridge medically transitioned from female to male, but before that procedure he had a few uncomfortable experiences using women’s restrooms like the one at the rest stop. Now Partridge is a lecturer the Women, Gender, and Sexuality Department and at the Divinity School and says that while he doesn’t feel “traumatized” by these bathroom encounters, he appreciates—and has taken advantage of—the considerable number of single stall bathrooms that are available on the Divinity School’s campus.

It is practical considerations like these that lie at the heart of the movement for gender neutral bathrooms. The effort seeks to minimize the uncomfortable encounters, confrontations, and tensions that can arise when other individuals misread a trans person’s identity.

“So many people I know, including many women who are not trans-identified but whose gender presentation to some degree transgresses the gender norms of their context, have had the experience of being asked if they are in the ‘right bathroom’ or told they are in the ‘wrong’ one,” Partridge writes in an e-mail.

So as she walks around campus during her daily routine, Murphy has to be constantly aware of where the nearest single stall or gender neutral bathroom is located. And until gender neutral bathrooms become widely available, trans identified individuals will continue to have to structure their days around finding a comfortable place to do their everyday business.

Murphy’s soft voice—so soft that it is nearly drowned out by the hustle and bustle of Algiers Cafe—takes a serious note when she discusses her identity and its consequences. As she talks about gender neutral bathrooms, her eyes gaze down at her lap and she becomes introspective—it’s clear that this is an issue she has carefully considered many times before.

“Before I cut my hair short I remember seeing the gender neutral bathrooms in Canaday basement and thinking, ‘I wonder who those are for?’” Murphy says. “Now I guess I know that those bathrooms are for me.”

According to a 2006 report compiled by Queer Students and Allies (then called the Bisexual, Gay, Lesbian Transgender and Supporters Alliance), Harvard offers 73 gender neutral bathrooms—all of which are single-stalled—on campus.

“So many people take it for granted that they can use a public bathroom,” Lee says. “For those who are trans and gender non-conforming, it’s much more difficult to use a bathroom in public.”

Critics of expanding access to gender neutral bathrooms say that they increase the likelihood of sexual assaults in such spaces, but the concept of individuals of different sexes sharing the same restroom is not all that radical, according to Marco Chan ’11, Queer Students and Allies Co-Chair.

“Everyone lives their gender in different ways, so this is everyone’s business,” he says with an uncharacteristic note of anger. Chan is arguably the most prominent face of the queer rights movement on campus, and this media-savvy spokesperson rarely gets angry in interviews. This is an issue, however, of paramount importance to his organization. “We all know people who bring their small children of a different sex into the bathroom, people who have caretakers of a different sex assist them in the bathroom. Gender neutral bathrooms will simplify the way we all live our lives. This is not just transgender or queer people’s business.”

LOOKING TOWARDS THE FUTURE

With House Renewal set to kick off in mid-2012 with the renovation of Old Quincy, the Trans Task Force has made efforts to push the administration to take into account during the renovation the trans community’s needs for gender neutral bathrooms.

Lee, who says House common spaces already offer a good number of gender neutral bathrooms, hopes that the College will further increase its offerings despite arguments that point out Harvard’s trans population is relatively small.

The administration has been “receptive” to the Trans Task Force’s appeals, according to Lee. He is optimistic that after House Renewal renovations gender neutral bathrooms will be even more accessible.

The inclusion of gender neutral bathrooms in House Renewal “is part of our planning process and we do not anticipate any substantial problem,” writes Dean of Student Life Suzy M. Nelson in an email.

When asked about the possibility of adding gender neutral bathrooms to academic buildings, Dean of the College Evelynn M. Hammonds and FAS Dean Michael D. Smith said that FAS is constrained by Cambridge and Massachusetts zoning laws as academic buildings are public spaces. There is “a lot more leeway” when creating gender neutral bathrooms in residential facilities like the Houses, according to Hammonds.

“Because of the limitations imposed by the state plumbing codes, there are real limitations in academic buildings,” Hammonds said.

But gender neutral bathrooms are “something they are aware of,” according to FAS spokesperson Jeff Neal.

Chan, encouraged by the College’s receptiveness, says that everyone on Harvard’s campus should be able to access public restrooms comfortably and without incident.

“We should all be able to make a decision as simple as walking into a bathroom,” Chan says. “Why is this something we need to regulate?”