Wampanoag To Be Honored With Degree

Native American student will receive a posthumous at Commencement 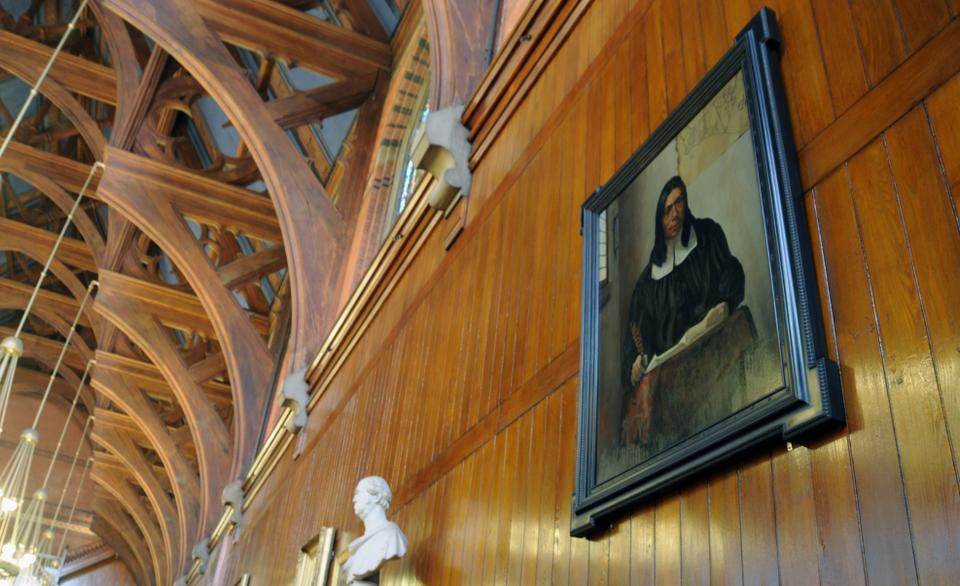 After nearly 350 years of waiting, Joel Iacoomes, one of the first Native American students to attend Harvard, will finally receive his diploma from the College.

Iacoomes, a member of the Wampanoag tribe who died in a shipwreck just before his graduation in 1665, will be honored with a special posthumous degree at this year’s Commencement exercises on May 26.

“It is fitting that we honor Joel Iacoomes as Harvard marks the 375th anniversary of its founding,” Harvard President Drew G. Faust said in an article in the Harvard Gazette.

Iacoomes was a student at the Harvard Indian College, which was founded in 1655 to fulfill a statement in Harvard’s Charter of 1650 that called for “the education of the English & Indian Youth of this Country in knowledge and godliness.”

The Indian College offered the same classes as the College but did not charge its students for tuition or housing.

Harvard Indian College, however, was torn down in 1698 due to neglect. During its 43 years of existence, only one student—Caleb Cheeshahteaumuck, Iacoomes’ classmate—graduated, out of a total of five students who attended the school.

“This is a proud day for the Wampanoag people, and I hope it serves to not only illuminate the history of Native Americans and Harvard, but also to pave the way for more Wampanoag students to become the modern day beneficiaries of this complicated history and receive a world class education,” he said.

This is not the first time that an honorary degree for Iacoomes has been discussed. Patrik Johansson, a 2001 graduate of the School of Public Health, petitioned Harvard in 2005 to grant Iacoomes a posthumous degree.

But Harvard denied the request, concluding that “it was not appropriate” to award Iacoomes a posthumous degree. In the past, students were tested orally on their knowledge of Latin and Greek before they could graduate, a task that the College was unable to determine whether or not Iacoomes has completed.