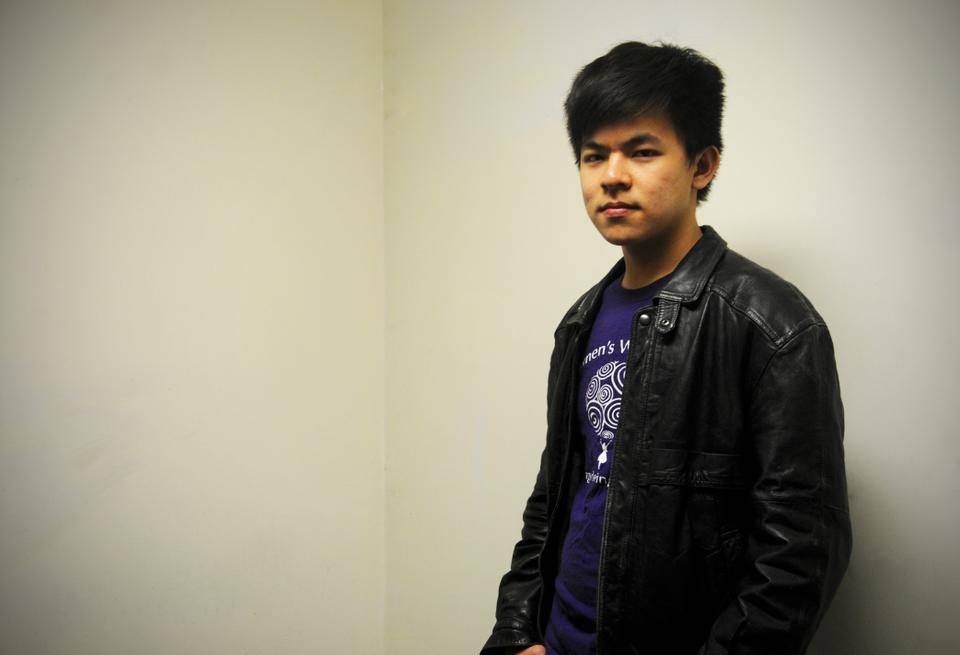 After graduating from Harvard in 2010, Morgan never bothered ordering his diploma. The document—the symbol of so much hard work—still included his feminine middle name, and it served as a stinging reminder of an identity that Morgan had shed long before.

While still at the College, Morgan, who is trans and has since began transitioning from female to male, had started using male pronouns—he, his, him—and coming out to close friends. As a natural next step, Morgan filed a request with the Registrar that his feminine middle name be omitted from his official school records.

Since the Registrar requires that a student’s name be legally changed before his or her official records are altered, Morgan strategically asked for a name “omission.” Morgan hoped that since middle names tend to be extraneous his request might be granted.

But Morgan, who insisted that his last name not be included in this article to prevent potential discrimination, was shuffled from administrator to administrator until he received a flat out denial.

“I think of my name as something that belongs to me,” Morgan says, his voice slightly cracking with emotion. “It’s surreal, to go to an institutional body and be told, ‘No your name belongs to us,’ and this wasn’t even a name change but a name omission.”

Faculty of Arts and Sciences Registrar Michael P. Burke writes in an email that he was not aware of the situation.

A case like Morgan’s asks the simple question of what is in a name, and for individuals like him—someone whose gender identity breaks from the norm—a name change represents a milestone in their transition from one sex to another.

In recognition of that fact and after heavy lobbying by the Trans Task Force, FAS will roll out a new policy next fall that seeks to address individuals like Morgan. The new policy will allow students to choose a “preferred name,” which will allow them to specify a name besides their legal one and represents a victory for trans rights activists on campus.

With policies like these and others, Harvard has recently made strides to better protect and accommodate the needs of its trans population, but trans rights activists say that the University still lacks a tolerant environment for the trans community. While the University has, for example, increased the availability of gender neutral housing and now covers top surgery in the student medical plan, actions at the administrative level have yet to trickle down to its faculty and students to foster a sense of tolerance, trans activists say.

“The level of tolerance and understanding of trans issues on this campus is unacceptable,” says Queer Students and Allies Co-Chair Marco Chan ’11. “You wouldn’t believe the number of times I’ve heard people say, ‘what a hot tranny mess’—and many of these are fairly liberal people who are well-educated and open-minded in a lot of other instances.”

During his senior year, Morgan, who was a member of the Trans Task Force (TTF) as an undergraduate, facilitated a Trans 101 workshop—a component of the TTF’s educational outreach program—for his House’s tutors. Though he identified as trans at that point, Morgan did not come out to them during the session.

As the session wrapped up, one tutor asked, “Well, how many people are we really talking about here?” Taken aback, Morgan explained that there was a sizeable trans population on campus and said that the tutor might even know some students who were trans without realizing it.

“I felt minimized, like my experience didn’t matter,” Morgan says.

“There is a really pervasive attitude amongst students, administrators, and professors that there aren’t enough trans students to warrant accommodating,” Morgan adds. “It really bothers me on a bunch of levels. It really shouldn’t matter how many of us there are. It’s a matter of principle.”

Because of instances like these, Morgan did not feel comfortable enough to come out at Harvard beyond designated safe spaces. While he explained his sexual identity to the members of the Harvard College Women’s Center, Queer Students and Allies, and the Trans Task Force, in other settings he adopted another identity, a kind of painful shapeshifting that led him to pursue the possibility of gender reassignment surgery.

At the Women’s Center, Morgan used male pronouns. In other extracurricular settings, peers referred to him with female pronouns. Friends who knew him in multiple settings would refer to him as “he” at one organization’s meetings and “she” in another’s.

This selective coming out led to feelings of isolation and exhaustion. In the months after leaving Harvard, Morgan transitioned from female to male, undergoing hormone therapy to begin the process of medically reassigning his sex.

“I partitioned my identity at Harvard,” Morgan says. “I did not feel safe enough to come out everywhere at Harvard.”

Morgan did come out in classroom settings, asking his peers and teachers to refer to him using male pronouns but found that in most cases coming out frequently led to awkward and occasionally passive aggressive responses from other students.

“It’s not like they threw rocks at me, but some students would continue to use the wrong pronouns over and over even though I had said I go by male pronouns,” Morgan says. “I wish I was in an emotional place to have stood up for myself more.”

Some trans men and women on campus have had more positive experiences while transitioning at Harvard.

At the end of the 2001-2002 academic year, Partridge handed in forms in at the Registrar to file for a name and gender change.  After reading over the files, the Registrar clerk smiled and said, “Welcome to the male gender—it’s served me well!”

Starting in the fall of 2011, students will be able to update their preferred name using the online registration tool, according to Burke. It is small victories like this that trans activists have heralded as indicative of increased tolerance and awareness of trans issues at the administrative level.

But Jia Hui Lee '12, a trans rights activist and member of TTF, and others say that there is a disparity between the administration and the faculty and student body. While the administration has taken steps to improve the experience of trans students at the College, there is a lack of awareness among students and faculty regarding the issues facing the trans community.

Trans activists say that while Harvard students are on the whole fairly aware of sexism, racism, and homophobia, they’re significantly less attuned to transphobia and issues surrounding coming out as trans on campus.

This lack of understanding is at the root of many of the uncomfortable moments trans students experience, Morgan says.

Experts, however, say that ignorance about these issues is a nationwide problem.

“Transphobia exists in the broader society and as a result Harvard is not exempt from this,” Sara Kimmel, a psychologist at University Health Services and director of the College’s residential BGLTS tutors, writes in an email. “There is still a need for education to reduce ignorance and the lack of understanding about the transgender community.”

When Morgan came out in informal settings, he would face a barrage of questions. He was asked everything from the most basic, “What does that mean?” to the more personal, “Have you told your family?” and, “Why?”

“I felt like I had to immediately launch into a Trans 101,” Morgan says. “It is basically up to you to teach people, and that’s an unfair burden to put on someone who’s dealing with the process of coming out themselves.”

Meanwhile, the University’s recognition of the Naval Reserve Officers’ Training Corps has pushed the campus’ relatively low-key trans activist community into the limelight.

Following the repeal of “Don’t Ask, Don’t Tell” last fall, University President Drew G. Faust recognized NROTC at an official signing ceremony in Loeb House in March—much to the dismay of campus trans activists. The advocates—30 or so of whom protested outside Loeb House during the ceremony—say that military medical policy, which excludes trans-identified individuals, violates Harvard’s non-discrimination policy.

Capitalizing on this attention, the Trans Task Force has held several Trans 101 workshops over the course of the semester. Recently, the TTF ran a workshop for the Harvard University Police Department and hopes to establish a Trans 101 program for teaching fellows at the Bok Learning Center.

Lee and other members of the TTF will be restructuring the organization over the summer to establish a more formal education and outreach branch that will organize events that expose students to trans issues and broader conversations about gender identity.

Looking toward the future, TTF and trans activists hope to better integrate awareness about trans issues into Harvard’s culture.

“This isn’t reinventing the wheel,” Morgan says. “We’re Harvard, I think once we sit down we can figure out how to make our environment more trans friendly. It’s really a matter of people thinking that trans issues are not a priority because they haven’t heard about them.”