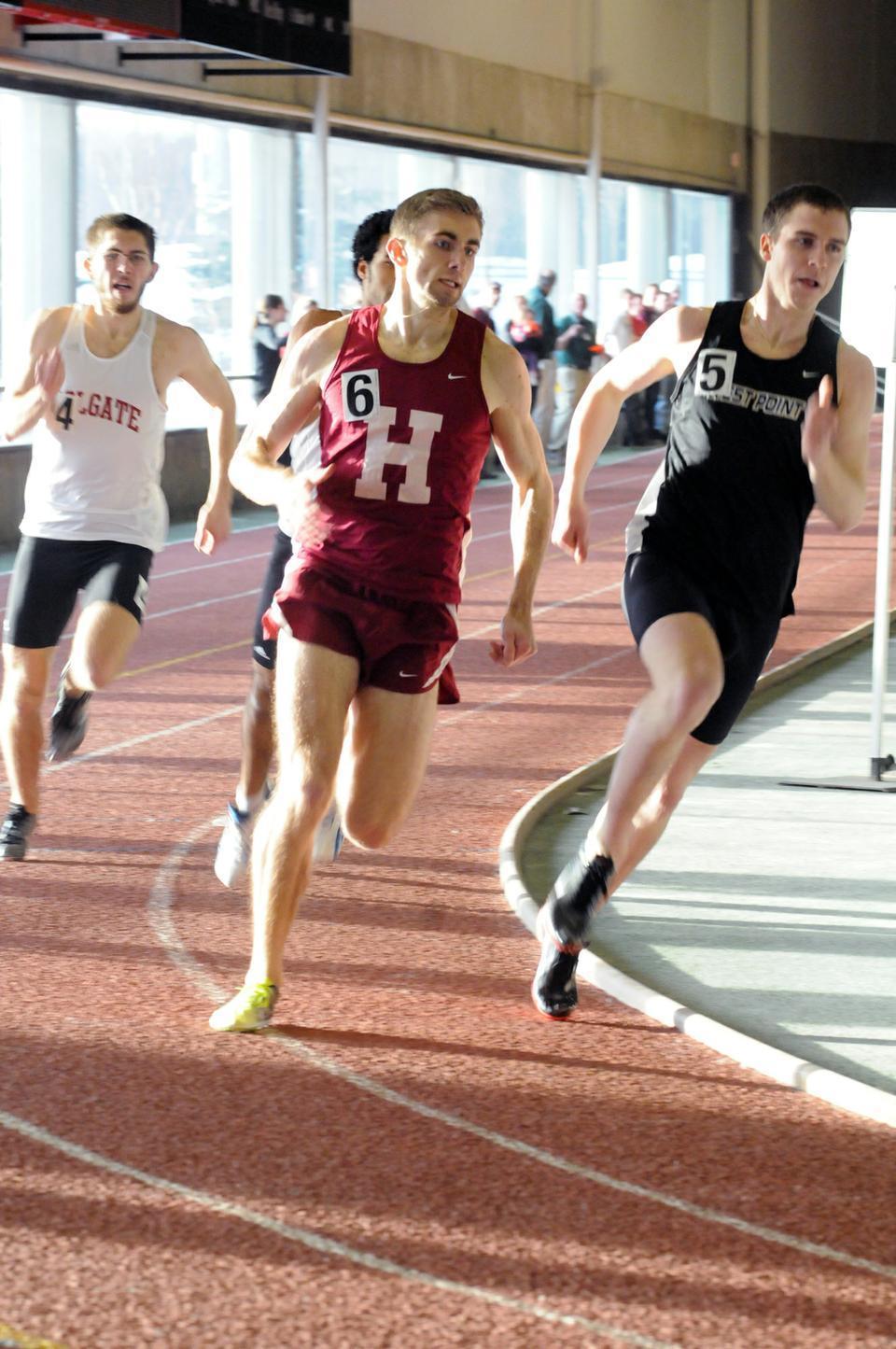 The Harvard track and field team was in action up and down the East Coast this weekend, as it competed in the Brown Springtime Invitational and the Penn Relays. The team continued its trend of personal-best performances in Providence, R.I., while a school record fell in Philadelphia.

Yesterday, the Harvard squad competed against a number of schools from the New England area at Brown’s Springtime Invitational.

Younger members of the Crimson squad blossomed at the meet, including freshman thrower Adabelle Ekechukwu. Ekechuwku posted her best mark of the season (50.62 meters) in the hammer throw, which was good for fifth place overall.

On the men’s side, freshman Dustin Brode won the shot put with a personal-best throw of his own. His distance of 17.01 meters earned him the event win.

“[Our throwers] had a very strong weekend,” Saretsky said. “They’re continuing to do a great job for us, and it’s exciting to see them continue to put up big marks week after week.”

Junior John Dingus also had a strong showing at Brown, as he ran the 400-meter dash in a blistering 48.11 seconds to win the event.

The Harvard team also traveled to Philadelphia this weekend to compete in the oldest and largest track and field invitational in the country, the Penn Relays. Some of the team’s members were taken aback by the magnitude of the event.

“The atmosphere at the Penn Relays was incredible,” freshman Alaina Murphy said. “I’ve never performed in front of so many people in my life.”

But the big stage didn’t intimidate the Crimson, as its runners and throwers turned in a number of strong performances.

Harvard’s 4x800 meter relay team had the weekend’s biggest showing, breaking the school record in the event with a time of 7:29.41.

Junior Darcy Wilson was the lead-off runner for the Crimson, with classmate Brian Paison and sophomore Weishen Mead running the middle legs, and co-captain Brian Hill in the anchor position.

It was a strategic decision to have Wilson in the lead-off position in this race. During the first leg, he was able to avoid being crowded by other runners and handed off to Paison with Harvard in the front of the pack.

“[Wilson] is not going to get pushed around,” Hill said. “In a very crowded race, he’s still going to be able to find his own speed.”

When Paison received the baton, there was congestion in the exchange area. He ran into and knocked over a runner from Clemson University, but still managed to finish his leg and keep the Crimson within striking distance from the leaders.

Mead, who was coming off of personal-best performances in the 800, was next for the relay team. His split of 1:53.73 put the squad in third place going into the race’s final leg.

Hill found himself well behind runners from Clemson and Hampton when he received the baton and knew that he would need to run his best race of the year if he hoped to improve his team’s position.

Luckily for the Crimson, that’s exactly what he did.

After keeping his distance in the first lap, Hill drew a roar from the crowd as he made a move around Hampton’s Jaleel Rogers to go into second place. The senior then began closing the gap between himself and Clemson’s anchor, Nathan Hendershot. With 300 meters to go, Hendershot made a big mistake.

Hill moved into first place with 150 meters to go and was able to hold off a late surge by Hendershot to win the heat by 0.09 seconds.

“It was a culmination of four years of him really making track and field the highest priority with his academics,” Saretsky said. “It was on display during that anchor leg. He took it to another level.”

Harvard’s other relay teams found success at Penn, as well. The women’s 4x400 meter relay team finished in sixth place with a time of 3:51.82.

The team was composed of Murphy, classmate Natalia Paine, junior Meghan Looney, and co-captain Thea Lee, who do not typically run the 400.

“It was our goal to have a lot of fun,” Murphy said. “We ran against other Ivy League schools, and we beat people. It was cool because we are usually [800-meter] runners.”

—Staff writer Dominic Martinez can be reached at dmartinez@college.harvard.edu.