Construction on Old Quincy will begin in mid-2012 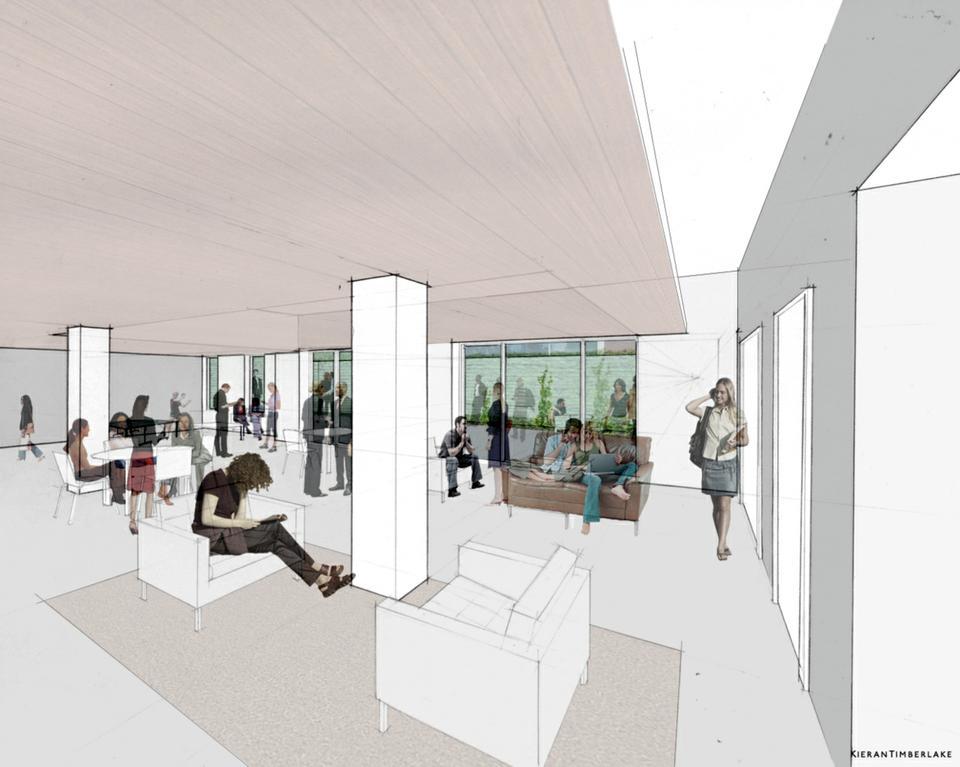 An underground common room with access to a terrace will be one of the most significant changes to Old Quincy when renovations are complete in 2013.
By Monika L. S. Robbins and Hana N. Rouse, Crimson Staff Writers

Separate vertical entryways and walk-through bedrooms will no longer be a part of Old Quincy come 2013, when the first stage of a series of renovations across the Houses is complete.

Termed a “test project” by administrators, the renovation of Old Quincy, slated to begin in mid-2012, will spare the exterior of the building and the locations of the staircases, leaving little else untouched.

Smith said that a portion of the dorm rooms would be handicap-accessible, but was not sure as to the exact percentage of rooms for which that would be the case.

An entirely new addition to Old Quincy will be a building-wide common room in the basement, termed a “multipurpose room” by planners and administrators. With comfortable seating, an attached kitchen, and access to a terrace facing Quincy dining hall, the multipurpose room is meant to be an area well-suited for meetings, House activities, and study sessions.

Also in the basement will be music practice rooms, meeting rooms, smart classrooms, study rooms, and single bedrooms that are part of the bottom level of duplex residential suites.

Bedrooms will be larger in size, allowing students to no longer use their common rooms as a sleeping space, said Michael D. Smith, dean of the Faculty of Arts and Sciences.

Currently, the building contains a mix of singles and suites for two, three, and four people. But when renovations are complete, two-thirds of the rooms in Old Quincy will be singles, and the rest, doubles.

Rooms will be arranged along the hallways in a mix of suites and clusters. Clusters and suites will both include bedrooms and a common room, but clusters will be immediately off of the public hallway, while suites will have a private hallway. This new configuration will lead to fewer suites and more hallway bathrooms.

Gone will be walk-through bedrooms, an arrangement that forced a student to walk through his or her roommate’s bedroom to reach a bathroom. Instead, bathrooms in Old Quincy will be accessible via hallways that connect either the rooms of a suite or, for clusters, the entire floor.

The connected hallways will give Quincy administrators flexibility in determining the arrangement of entryways. Larger tutor suites will be located at the corners of Old Quincy, allowing tutors to monitor students along their hallway, though Smith said that whether entryways will officially remain in a vertical arrangement or span connected hallways remains at the discretion of the House.

The renovated Old Quincy will also be more environmentally friendly than it is in its current form. New insulation in the walls and the installation of energy-efficient windows and doors could lead to a Leadership in Energy and Environmental Design (LEED) Gold certification.

Smith would not release an estimate for the total cost of Old Quincy’s renovation, though one had been issued to the FAS administration by KieranTimberlake, the architecture firm in charge of the project.

Although the next House slated for renovation had not yet been decided, the plans for Old Quincy have been modeled in Lowell House to ensure that they can be implemented on a larger scale, Smith said.

That plans in Old Quincy can be emulated in other Houses is one of the reasons why the building was selected for the test stage in House renewal. While Old Quincy retains the neo-Georgian architecture common among River Houses, areas that are distinctive to Houses, such as dining halls, are absent from the building.

Harvard announced the selection of Old Quincy for the test phase of House renewal in January. The students displaced by the renovation will be housed in three Harvard-owned apartment buildings—Hampden Hall, Fairfax Hall, and Ridgely Hall—all of which are scattered throughout the Square.

Although Smith said that a project larger than Old Quincy will require the creation of a swing space, whether Harvard will construct a new building or designate existing space for that purpose remains undetermined.

“When we undertake the renewal of an entire House, we will eventually need a swing house,” Smith said. “The swing space that we are using for Old Quincy won’t be sufficient to house the residents of an entire House.”

Still, the plans released today represent the first concrete realization of years of planning for the largest renovation of the College’s House system in history. Harvard first announced its intention to renovate the Houses in April of 2008, releasing a report that offered proposals to guide renovations a year later. It was not until this year, however, that Harvard announced decisions regarding specific Houses or plans.

Yet questions remain on the order in which the Houses will be renovated, the extent to which plans in Quincy will be replicated across the Houses, and the final cost of the entire venture.

House Masters have speculated that Old Leverett—with its old age and similar structure to that of Old Quincy—will likely be the next building on tap to be renewed.

Smith declined to comment on whether the House Masters were correct.

House renewal is the top priority of a multi-billion dollar capital campaign that is currently in a “quiet phase,” a process where the University determines the goals of the campaign and solicits contributions from major donors. Renovations in Old Quincy will be funded by a combination of FAS funds and alumni gifts, according to Smith.

In a video about the latest plans for House renewal, Smith reiterated the importance of the initiative, whose effects will be felt by generations of Harvard students to come.

“The renewal of Harvard’s House system is an opportunity to re-imagine residential education in the 21st century,” he said.