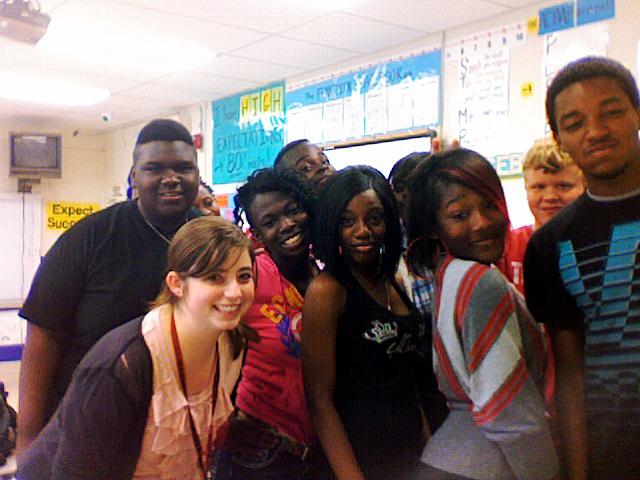 This column is a part of the 2011 Senior Section's Moving On Into the Real World series.

As storm clouds roll across the sky, I gesture wildly at the front of my classroom, mimicking the smooth rise and fall of a Gaussian curve with my flailing arms. It’s always a struggle to hold the attention of 17-year-olds, and the southern storm now fast approaching behind the school is proving to be a great distraction from the otherwise fascinating topic that is exponential and logarithmic functions.

One student looks out the window and interrupts me to announce, “I straight hope this tornado picks this school up, carries us away, and drops us right in the middle of New York City.”

Sometimes I want to admit I hope that for him too. For a young man raised in a town of about 1,500 people whose poverty rate is twice that of Arkansas, a town where 60 percent of all children live below the poverty line, opportunities to leave of one’s volition are beyond scarce. It is the anti-American pastoral.

I’m not a teacher because of an ascetic pleasure gleaned from some high and mighty “call of duty” BS that can be packed and sold to college seniors suffering from Ivy League guilt. At the end of the day, I teach for purely selfish reasons: I like kids, I like being on my feet, and I like having a job that lets me wave my arms in logarithmic growth patterns. The fact that my students are low-income is not my daily dose of self-righteousness. It’s my daily reminder of the systemic injustice that I too often feel powerless against.

I had visited the Arkansas Delta before signing on for two years of service, but I was nevertheless susceptible to the culture shock of moving to a very low-income, rural area.

What has made my experience different from a corps member in an urban region is that rural poverty rarely comes in pockets, but in swaths hundreds of miles wide. I don’t spend my days in a high-need school and my nights enjoying the comforts of a more affluent city neighborhood. Like my students, I shop exclusively at Walmart and the Family Dollar.

It’s a far cry from the lifestyle I imagined I’d have after graduating from Harvard—but unlike my students, I can pack up and leave at any moment. The chains of extreme poverty don’t fetter me to this land of inopportunity. In fact, I will soon be Dorothy’d out of the Delta to teach at an expanding charter school in Brooklyn this fall. And I wish I could take 77 high school students into the tornado with me.