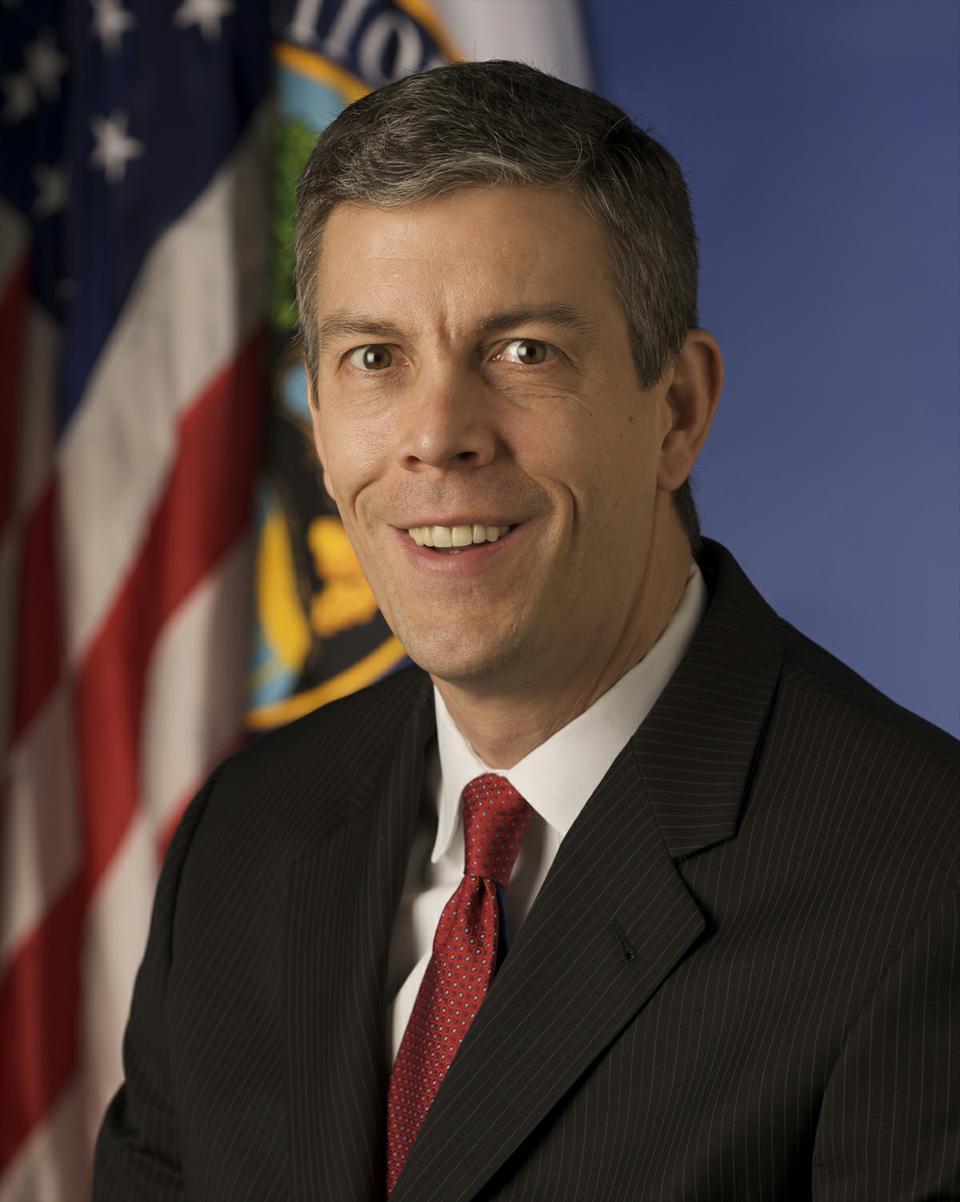 Harvard was up by three or four points, but its lead against the Princeton men’s basketball team was dwindling fast, recalls former guard Keith W. Webster ’87.

Webster’s teammate, current Secretary of Education Arne S. Duncan ’86, suddenly caught the ball as it nearly soared out of bounds near the half-court line. The 6’5” Chicago native held the ball for only a split-second before releasing it towards the distant hoop.

“When he shot it, I didn’t even watch the ball, I just kept staring at him like ‘What are you doing?’” Webster says. “It was the most absurd shot in the world.”

With an elegant swish, it was also a game-changing three-pointer, leading Harvard to victory that night.

Close friends and eventual co-captains Duncan and Webster were heading back over the Charles River an hour later, loaded down with winter gear and athletic bags, when Webster turned to Duncan and asked, “By the way, what the hell was that shot?”

“I knew if I made it, it would break their backs,” Webster recalls Duncan saying. According to Webster, Duncan’s insight and confidence in that game were illustrative of his driven, perceptive nature.

“He was one of the smartest players that ever played,” Webster says. “He knew exactly what he was doing.”

Between Duncan’s Sociology studies, a “Big Brother” mentoring role, and an indefatigable drive to improve on the court, Duncan impressed peers and teammates alike with his tireless work ethic and devotion to making those around him successful. These same qualities, friends say, have guided Duncan since his 2009 appointment to President Barack Obama’s Cabinet.

“He loves education, he loves helping the community and society,” Webster explains. “I knew that whatever he was going to do, he would cast a wide web and have a large influence on as many people as he could touch.”

Duncan arrived at Harvard in 1982 and went straight to basketball tryouts.

“When Arne came to Harvard, he wasn’t a great player, he was a good player—but he had a tremendous work ethic,” recalls Frank McLaughlin, one of Duncan’s former coaches.

After a year on junior varsity, in which Duncan worked out at the gym early in the morning, ran drills late into the night, and often practiced between classes, Duncan made varsity in his sophomore year.

“I think the way he was wired, his DNA, said that in order to be successful you had to put the time in,” Webster says.

Roby says Duncan transitioned from a quiet force to a more vocal leader over his undergraduate years, noting that he could break the tension in the locker room with witty one-liners, and that he loved to listen to music.

“I think the interesting thing is that Arne liked hip-hop music, which nowadays is much more mainstream,” Webster says, with a laugh.

Webster and Duncan became fast friends, and could often be found trekking across the river to practice—whether or not the team was scheduled to work out that day.

Sometimes a third individual would join Duncan and Webster on these walks: Duncan’s “Little Brother,” a mentee he worked with through a Phillips Brooks House Association program.

“That was a big part of his life,” Webster recalls, noting that whether in high school, college, or playing professional basketball in Australia—which Duncan did from 1987 to 1991—the future Secretary always worked with youth in a mentorship role.

Indeed, before ascending to the national arena, he worked with students in Chicago charter schools like the Ariel Community Academy.

“The students adored him not only because they were fully aware and appreciated his concerns about improving their education, but also because he made them feel special and important as individuals,” writes Kennedy School professor William J. Wilson—who knew Duncan in the 1990s—in an email to the Crimson.

His approach to working with young people resonates with the description of Duncan’s values provided by his Resident Dean in Leverett House, Thomas A. Dingman ’67, who is now the Dean of Freshmen.

“[Duncan] was a real moral force—everybody seemed to know him, and he created a real presence,” says Dingman. “He cared a lot about trying to make a more even playing field and sticking up for underrepresented groups.”

Growing up as an eager scholar-athlete in Chicago’s Hyde Park, Duncan was introduced to the world of education by both his father, a professor at the University of Chicago, and his mother, who ran an after-school program at which Duncan tutored.

Sociology professor Orlando Patterson notes that in Duncan’s day, the department experienced an ideological shift away from the “prevailing wisdom” that class background was the decisive factor in a student’s educational performance.

“Arne Duncan has strongly emphasized that schools make a big difference regardless of the background of the students,” Patterson says. “I think that we, already [in the 80s], in our department were ... emphasizing that schools and neighborhoods can’t be separated and that the two were very interrelated.”

For his senior thesis, Duncan took a year off to research the aspirations and opportunities of the urban underclass in Chicago.

“It was an excellent study that revealed a sophisticated understanding of the structural and cultural factors embodied in urban inequality and that have profound implications for individual life chances,” says Wilson of the thesis.

In 2001, Duncan became Chief Executive Officer of Chicago Public Schools, and went on to close failing schools and advocate for performance pay for teachers.

“He’s a realist, and he knows how to get things done,” Webster says of Duncan. “He’s just a problem-solver, and he’s got this very unique skill set to be able to talk to different people and come up with a common solution.”

After assuming office as the Secretary of Education in 2009, Duncan spearheaded the Race to the Top initiative, incentivizing reform in K-12 schools.

Roby says Duncan is “challenging people to think differently about the model of education in this country.” For example, because more mothers work full-time today, Duncan advocates increasing the number of hours in the school day and the number of months in the school year in order to keep children engaged.

Duncan continues get his competitive juices flowing in pickup games at the White House—though with some new teammates, such as President Obama, with whom he played basketball on Election Day.

“I think by the time he’s done he’ll have really moved the needle,” Webster says. “Similar to basketball, he’s spending time at what he loves, and I bet you he doesn’t consider it work.”