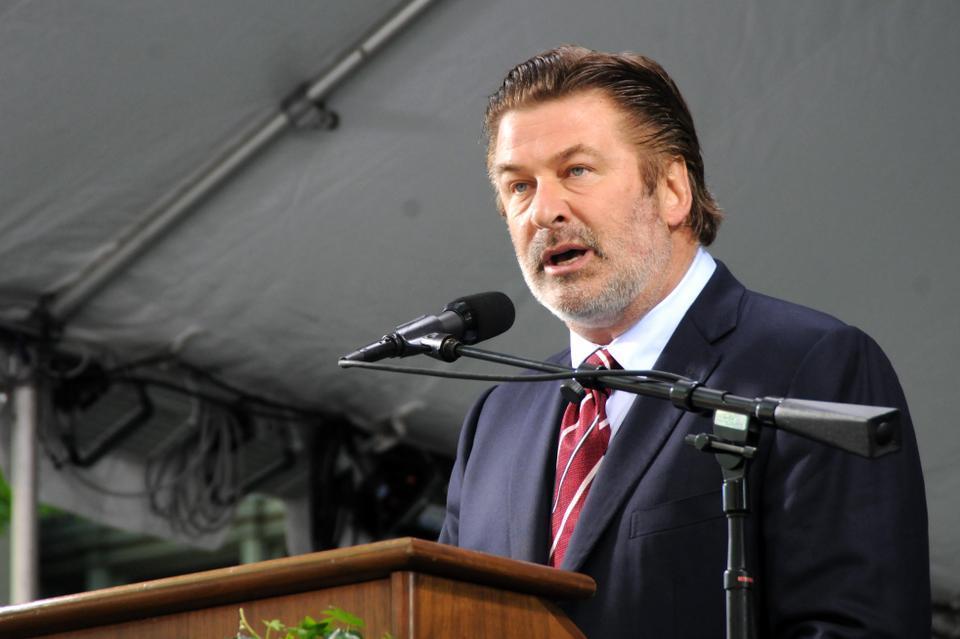 Actor Alec Baldwin, chosen as Class Day Speaker for the Harvard Law School, discusses the power and opportunity presented to graduates upon the completion of their degree.
By Caroline M. McKay, Crimson Staff Writer

Baldwin spoke at the end of the program, which honored the individual accomplishments of more than a dozen graduating law students. He challenged the graduates to bring morality to the law, calling on the class to take on some of the nation’s biggest challenges by pursuing careers in government.

Baldwin, who has received critical acclaim for his role in the NBC comedy “30 Rock,” has performed in movies, on television, and on the stage for more than 20 years. Despite his success in acting, Baldwin said he wishes he had pursued a career as a lawyer, as he has found his pursuit of social change is “limited by preconceptions” of Hollywood.

“If I had to do it all over again, I would do it differently,” Baldwin said. “I believe I would trade what I have for what you’ll have come tomorrow afternoon.”

Baldwin said that, as a child, he always dreamed of becoming a lawyer.

“I wanted to be President of the United States, so I needed to get my hands on a law degree. Nearly every day since then, I wondered what would [have happened] if I had the patience, skill, or good fortune.”

Baldwin told graduates who were going into private practice that “there’s nothing wrong with a little commerce,” but that, as an actor, he has learned that earnings increase the more one moves away from the most meaningful theater. “The money tends to go up the farther you get from Shakespeare and Chekhov, Williams and O’Neill,” he said.

The keynote address followed a myriad of accolades awarded to graduating third years for accomplishments in public service, leadership, citizenship, and compassion. A staff appreciation award and an award for teaching excellence were also given.

A new addition to the program was The William J. Stuntz Memorial Award for Justice, Human Dignity, and Compassion, which commemorates a former HLS professor who died of cancer earlier this year at age 52.

“I think anyone who knew him was reminded to be a better self because of him,” she added.

—Staff Writer Caroline M. McKay can be reached at carolinemckay@college.harvard.edu.