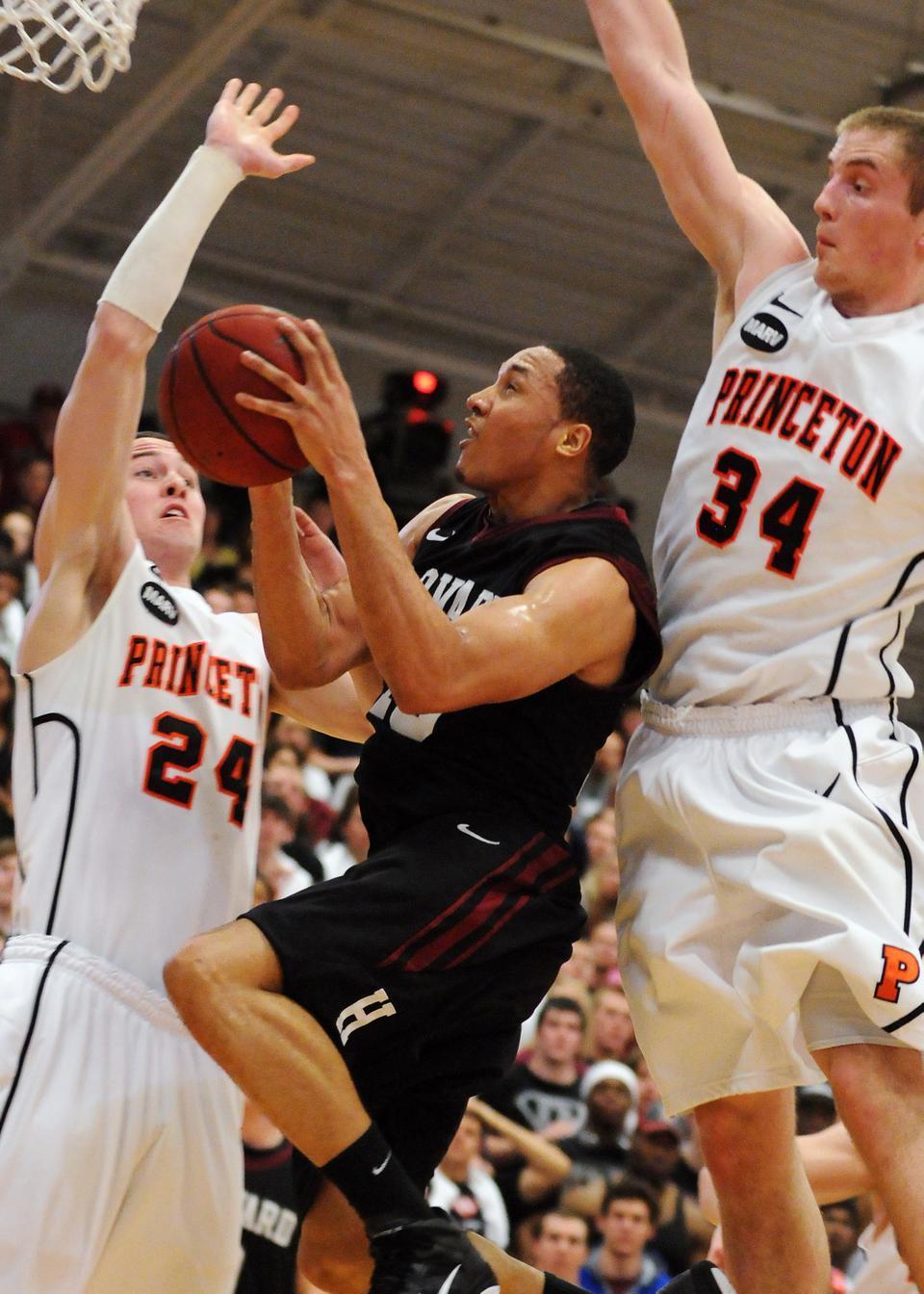 In a season marked by so many firsts for Harvard men’s basketball, one number stands out.

With 2.8 seconds left in a one-game playoff against Princeton in New Haven, the Tigers inbounded and hit a buzzer-beater to keep the Crimson out of its first NCAA Tournament since 1946.

But despite the loss, Harvard put together the its greatest season in the history of the program. For the first time ever, the Crimson won a share of the Ivy League title.

“I know [the Ivy League title] was a shared title with Princeton, but it was a big part of history,” said junior co-captain and forward Keith Wright.

The team earned its first-ever NIT appearance and broke school records for wins, both overall and in the Ancient Eight.

In the last few weeks of the season, almost every game was called the most important in program history. And sure enough, each was surpassed by the game after.

The squad opened the season on Nov. 13 with a loss to George Mason on the road. After the loss to the Patriots, the team won its next five in pre-Ivy play, including two easy victories over Colorado and Fordham of the Big 12 and the Atlantic 10, respectively.

Three days after the win over the Rams, the team travelled to Ann Arbor to face Michigan, where Tommy Amaker coached before taking the helm at Harvard. The Crimson held a seven-point lead at the half but couldn’t hold on, losing to its second major-conference opponent of the year, 65-62.

On Dec. 22, the team played its toughest game of the year against UConn, at the time undefeated and ranked fourth in the nation. Harvard fell far behind early and never caught up against the eventual national champions, losing its most lopsided game of the year, 81-52.

But after the loss to another big-conference opponent, the Crimson made its move.

Following a pair of wins over Monmouth and MIT, Harvard once again beat Boston College, the third consecutive year that the team has taken down the Eagles on the road.

Three days later, the Ivy League season began. The Crimson beat Dartmouth on the road on Jan. 8, 68-53, before beating the Big Green at home two weeks later. After two more easy wins against Columbia and Cornell, Harvard was 4-0 in Ivy play going into the toughest road trip of the season.

“[This season] was a really cool experience,” said junior co-captain and guard Oliver McNally. “We were a young team, but we had a pretty good shot at winning the league.”

Each undefeated going into the Feb. 4 matchup, it was clear that the Crimson and the Tigers were the class of the Ancient Eight. And as Harvard would do in all three of its games against Princeton, the team took a halftime lead.

But the Crimson could not hold on, falling, 65-61. To maintain a decent chance at the Ivy title, Harvard had to beat Penn the next night.

It took a double-overtime game, but Harvard did just that. A block from sophomore Kyle Casey as time expired gave the Crimson a thrilling 83-82 win to stay alive.

After the weekend split, the rest of the year looked like a countdown to the Harvard-Princeton rematch in the final regular-season contest at Lavietes. But the other Ivies made that road a little more turbulent for both the Crimson and the Tigers.

Brown played spoiler. The Bears handed Princeton their first league loss of the year and would have done the same to Harvard had the Crimson not put together one of the biggest second-half comebacks in NCAA history.

But just as it looked like Harvard’s season finale would be a winner-take-all for the Ivy League title, the Crimson could not hold on. A 70-69 loss to Yale on the road meant that even with a win against the Tigers in the final weekend of the year, Princeton could still force a one-game playoff.

Harvard won its last two games to take a share of the crown, but with a win over Penn in the Ivy League’s last regular-season game, the Tigers forced an extra game. And with 2.8 seconds left, Douglas Davis handled the inbound, pump-faked, and hit a mid-range jumper to send Princeton to the Dance.

The Crimson had a shot at an at-large bid to the NCAA tournament but was instead a six-seed in the NIT. Harvard lost to Oklahoma State on the road, 71-54, in the first-ever matchup between the two schools to bring an end to the best season in program history.

“Number one, when coach [Tommy] Amaker was recruiting all of us—why we all came here—was that we wanted to make history,” freshman Matt Brown said. “We got the school and the community really involved, and we appreciate all the support.”