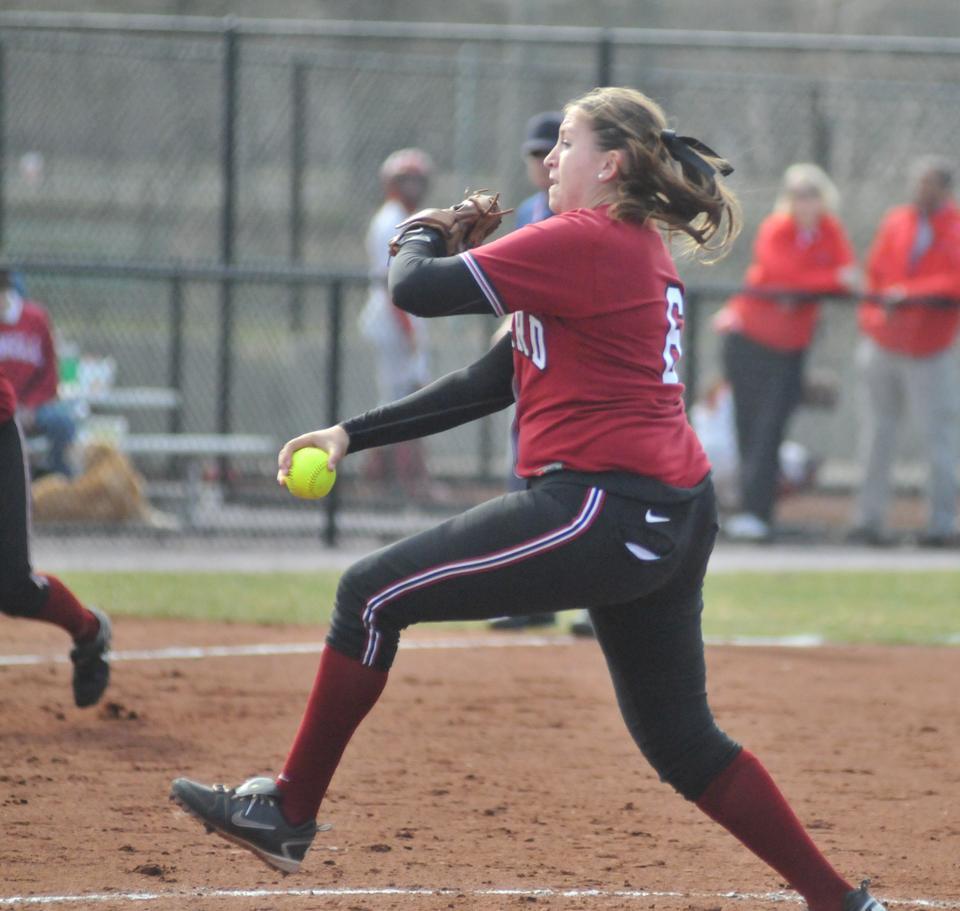 The victory brings Harvard’s overall record to 36-14, a new school record for victories in a season, and earns the Crimson the title of Ivy League champions for the fifth time in team history and the first time since 2007.

But even more significant about the win is that it has allowed Harvard to redeem itself after last season, when it lost the Ivy League title to the Big Red by a single run in the third game of the Championship Series.

“Last year’s team was exceptional—we just came up short,” Harvard coach Jenny Allard said. “I think the seniors really went on a mission this year to come back from that and carried the team with them. They all did a really great job.”

In the first contest of the series, the Crimson came out ready to score, putting up three runs to gain an early 3-0 lead. Sophomore Stephanie Regan got the Harvard momentum going, as she walked and then advanced to second off of freshman third baseman Kasey Lange’s single to right field. Junior first baseman Whitney Shaw singled to right field and freshman catcher Allison Scott reached first on a fielder’s choice, bringing home Regan. Sophomore Ashley Heritage then smacked a two-RBI triple to left center, plating in Lange and Scott.

The next four innings proved scoreless for both teams, despite several threats from the Cornell offense.

In the bottom of the third inning, the Big Red nearly made a comeback, loading the bases with only one out. But Shaw stopped the potential rally, making an unassisted double play off of a hard hit line drive to first, ending the inning.

Harvard plated in one more run in the top of the sixth, when Lange singled and then scored off of a Scott single to left field, bring the score to 4-0.

In the bottom of the sixth inning, Brown came in to replace rookie pitcher Laura Ricciardone, who allowed only five hits in five innings. The veteran Brown struck out five batters in the final two innings of the game, leading the Crimson to a second straight shutout and earning the team the title.

“Laura and Rachel were phenomenal,” said co-captain and second baseman Ellen Macadam. “Cornell is a great hitting team, and our defense was solid, but it was our pitching that completely shut them down.”

Despite the rain, lightning, and two hour and 48 minute delay, the Harvard defense stayed ignited throughout the first game of the Championship Series, holding Cornell scoreless in seven innings.

Macadam started off the Crimson’s offensive drive against Big Red pitcher Elizabeth Dalrymple with a lead-off single to right field and a stolen second base. A Regan sacrifice bunt then advanced Macadam to third, and a Lange fly ball to rightfield allowed Macadam to tag up, gaining an early 1-0 lead for Harvard.

After a scoreless second inning, the Crimson plated in another run in the third to set the score at 2-0. Olson reached first and then second via a throwing error and advanced to third on a Macadam sac bunt. In the next at bat, Regan flied out to centerfield, allowing Olson to score unearned.

A scoreless fourth inning was followed by a big fifth inning for the Harvard offense. Olson got the rally started with a double to right center, and advanced to third off of a Macadam sac bunt. Regan then singled to third base and Lange walked to load the bases with one out.

A Scott two-RBI single brought home Regan and Olson, and Heritage singled to leftfield to plate in Lange, bringing the score to 5-0.

The next two innings passed quickly, with a single hit and no runs scored. The first contest of the Championship Series ended in a Crimson win.

Though earlier in the season the team seemed to heavily rely on its pitching, this was not the case this weekend, as both shutouts resulted from solid contributions from Harvard’s offense and defense.

“I’m so proud of our team,” Lange said. “We completely came together. We had such great senior leadership. Rachel and Laura were awesome on the mound, and our hitters came up big. It was totally a group effort.”

And for co-captains Emily Henderson and Macadam, an Ivy League Championship title is the perfect way to end their Crimson softball career.

“It’s unbelievable,” Macadam said. “We’ve never been able to pull it out my previous years here. Emily and I wanted to go out of our senior year with a win and to finally get that was unbelievable.”