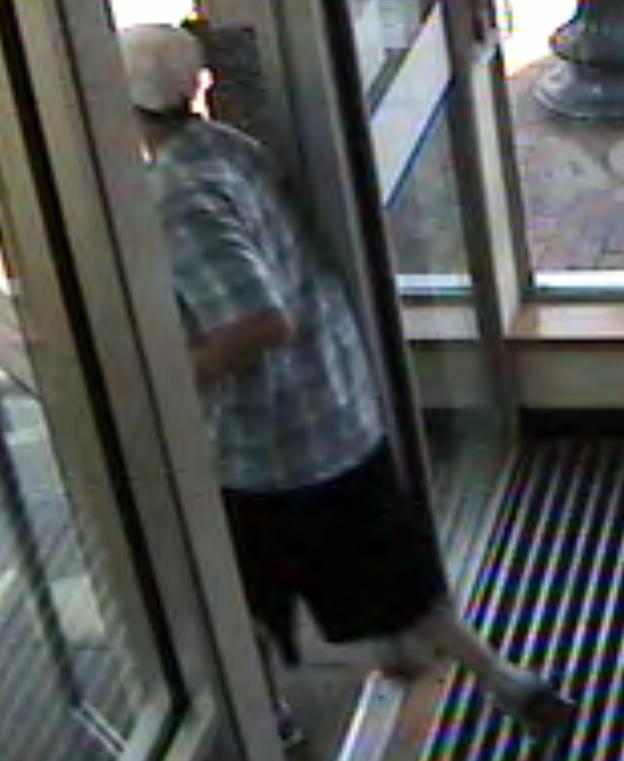 A man, who police believe is the person above, allegedly robbed a bank in Harvard Square on Monday.
By Xi Yu, Crimson Staff Writer

An unarmed man allegedly stole more than $3,000 from a bank in Harvard Square on Monday, according to Cambridge police.

A police officer in Harvard Square Monday afternoon was dispatched to a bank after an alarm was triggered there, according to the report he filed. When he arrived, the teller told him that someone approached her “very calmly” and handed her a note demanding money without dye packs.

Police redacted the name and exact address of the bank, but a photograph provided by police indicates that the robbed bank was Eastern Bank in the One Brattle Square complex.

The suspect was a white male wearing a white baseball cap and white and blue shirt, according to police. The report states that $3,179 was stolen.

A customer, being helped by another employee of the bank, had no idea the bank was being robbed until after the suspect left, according to the report.