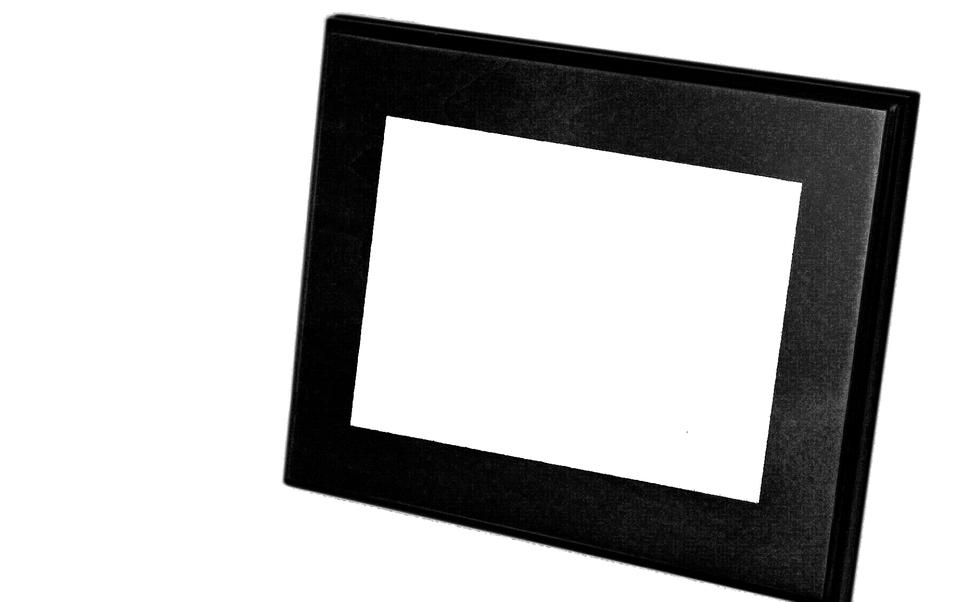 Her blond, shoulder length hair pulled back in a half ponytail, Sharon K. Kelleher '14 recalls the first time she heard the word “terrorist.”

“I was in gym class, and we were line dancing actually, of all things.”

In the years to come, terrorism would become a constant presence in her life, inextricably linked with the death of her uncle, Edward R. Hennessy ’88—the man who lived down the street throughout her childhood and sparked her passion for the piano. Edward, known by friends and family as Ted, was a passenger on American Airlines flight 11, which departed from Boston’s Logan International Airport on September 11, 2001 and was the first of the planes to crash into the World Trade Center.

The day after, fighter jets patrolled the air, visible from Central Park, even though the skies were grayed from airborne debris. People on the streets wore facemasks. New York felt silent.

throughout her childhood and sparked her passion for the piano. Edward, known by friends and family as Ted, was a passenger on American Airlines flight 11, which departed from Boston’s Logan International Airport on September 11, 2001 and was the first of the planes to crash into the World Trade Center.

For the public and the media, the 10th anniversary of 9/11 has become a marker of the change of an era in American history, a time when a blustering world power lost some of its innocence. But for the families of the victims, this anniversary is similar to this day every year, a time when they are torn between the public spectacle of remembering 9/11 and the private grief of losing a family member.

“For me, personally, my brother’s death and 9/11 are almost two separate events,” says Susan D. Kelleher, Ted’s sister. “I think of his death as so personal and this whole 9/11 thing is so public.”

Violetta Demas, whose husband Anthony Demas worked in the South Tower, describes September 11 as “‘a day of infamy,’ as Franklin Roosevelt said. I don’t think there are better words for it than that.”

When in ninth grade, Sharon was asked to write about whom she would choose to talk to if she could have a conversation with anyone, dead or alive. She chose Osama bin Laden.

“I still can’t wrap my mind around it at all,” she says.

“I was only 10 when it happened. So I was old enough to know what had happened but young enough that I didn’t understand the larger implications of the actual tragedy,” Sharon says. “I just remember hating. Just hating whoever had done it and not knowing who they were.”

Over the years, she says her hatred became sadness and pity for those who were responsible for the attacks, but the transformation was slow, one without a definite beginning.

Ted’s death was not the first loss the Hennessy and Kelleher family experienced. In 1971, Ted’s oldest sister, after whom Sharon is named, died in a car crash.

“When Ted died it was just unbelievable that we’d have another child die on us,” Gerry says. “I got very run down, and I had a heart attack very shortly after that. It just took the life out of us.”

For many, especially those who were younger at the time and lost a parent in the attacks, Sept. 11, 2001 and the days and weeks that followed were a time of deep confusion.

In the household of Elizabeth R. Moroney ’12, the days after the attack were characterized by waiting. Waiting to hear something—anything—concrete about her father.

“No one knew if my dad was somewhere in a triage. There were the missing person signs everywhere,” Elizabeth says.

Elizabeth was 11 on Sept. 11, 2011. She went back to school within the week, diligently continuing to do her homework as a way to keep her mind occupied. The family held a memorial service for Dennis sometime in October, at which Elizabeth played her flute.

“I don’t know at what point we just stopped waiting around,” she says.

Afterwards, Elizabeth began participating in a bereavement program in her community, as well as in groups at Tuesday’s Children, a non-profit organization that supports individuals impacted by the events of 9/11.

Most importantly, her family came together after the tragedy.

“My brother, my mom, and I got a lot closer afterwards. We sort of coped with it by focusing on each other and on everyone else in our family,” Elizabeth says.

THE LIVES OF THE VICTIMS

As the healing process continues, the Kelleher, Hennessy, Moroney and Demas families say that they are trying to keep in mind the positive milestones that have taken place since Sept. 11—the marriages and graduations—instead of dwelling on the horror of the attacks.

“I’m always very focused on keeping my spirits uplifted, as my husband would have wanted me to do, and not be mired in the sadness of it,” says Violetta, whose husband attended the School of Continuing Education in 1979.

A critical aspect of remaining optimistic is keeping the spirit of their family members alive.

“They don’t ever shy away from talking about him,” Sharon says of her family’s treatment of Ted’s death.

Susan recalls her brother’s sense of humor. “He was so funny, but he was so smart that he would tell jokes and sometimes would have to look up the words in the dictionary.”

“We were so grateful to have him for the time that we did,” Gerry says.

Elizabeth tries to do the same, although the fact that she was so young when her dad died makes remembering him more difficult.

“Most of my memories are after that date,” she says, her voice faltering.

But she does have a few images that come to mind when she thinks of her father.

“When we lived in England we visited France and he had me order him a beer in French, and then we tried escargot together. I was like seven or eight,” Elizabeth says, laughing.

SEPTEMBER 11 IN THE MEDIA

When most families lose a loved one, the mourning and healing process is intensely personal. But for the families of those who died on 9/11, their grief has played out on a very public stage.

Since that day, the media has been a constant presence in the families’ lives, creating a collective memory of the attacks. But the media has also tried to exploit the events of 9/11, and that has had very real consequences for victims’ families.

“The media is really important in fueling it, fueling the fact that it’s remembered and that no one forgets what happened,” Sharon says. But, she adds, “It kind of depends on the way that it’s portrayed.”

The families say there is a difference between positive, respectful coverage, and attention that is decidedly hurtful.

In high school, Elizabeth and her friend were at a movie theater when a preview for World Trade Center came on screen. “I just walked out of the movie theater until it was done,” Elizabeth recalls. “It’s a little weird that it’s used as a theme for action movies. I definitely see why people would use it as a theme for a movie to capture national sentiment or express a point. But the extreme violence that’s depicted—I think that’s just gratuitous.”

However, the media will always be there. “You can’t stop it,” Violetta says, resigned.

Violetta, like the Kellehers, has never spoken to the press before.

“You’re the first interview I’m giving,” she says. “And I’m doing it because my sons thought it would be the right thing to do since their father loved Harvard.”

Susan’s reason for giving her first interview is the same: Harvard.

“Harvard was a huge turning point for him,” Sharon says of her uncle. “He became so involved and found his people and his niche.”

While at Harvard, Ted was in the marching band and co-wrote the Hasty Pudding Theatricals show in ’89, titled “Whiskey Business.” His mother and sister chuckle as they recall the subject of the play: Italian gangsters.

“We were in the front row,” says Susan as her laughter trails off.

Speaking about her daughter, Sharon, Susan admits, “She wouldn’t be there right now if it wasn’t for Ted.”

But the families’ decisions to open up to the press do not necessarily signal a desire to bring their loss into the public spotlight.

Elizabeth and Sharon met each other last year in US and the World 32: “The World’s Religions in Multicultural America: Case Studies in Religious Pluralism.” During a class discussion, Elizabeth brought up her connection to the attacks, which prompted Sharon to stop her after class and share her experience.

Neither woman knows of other students in the Harvard community who lost a family member in the towers—the attacks are not a subject they often bring up in conversation.

Breaking that silence, Elizabeth has decided to speak at the College-wide vigil to be held in Memorial Hall today.

“I’m just really hoping that if people read this or if people hear my story, that they can just think about why people hate and what we can do to have a more peaceful society.”