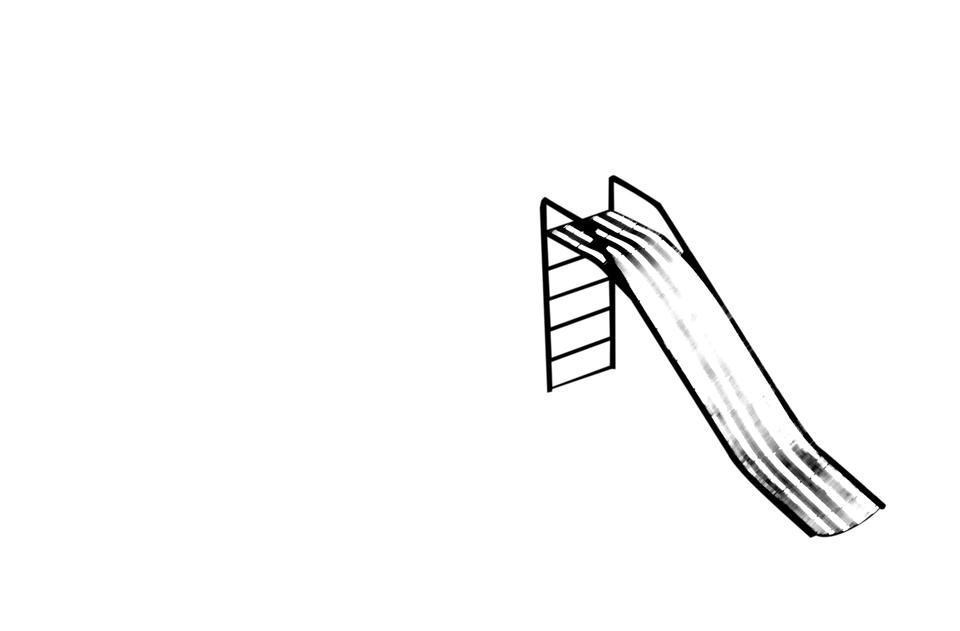 I was in Cambridge, Mass., in the mouth of a large red slide when I first heard about the attacks, only what I heard was that World War III had begun, and that the war was why we were enjoying an early recess. I became dimly conflicted. I knew little more than that I was happy to be at recess, curved flat against the sturdy backlit plastic, but I was also vaguely aware that I should be concerned about the draft, and even sugar rations—a WWII carryover that had somehow stuck with me.

It wasn’t long before a group of us had begun a game of kickball, only to lose a few players every inning to anxious parents. I recall enjoying the game, despite the diminishing outfield, looking at the clarion blue sky and feeling ashamed at my own remorselessness. At that moment, though I couldn’t have articulated it then, I felt like everything must be different, and that I was lagging behind. The unchanging campus, and the unremarkable kickball game both felt oddly unresponsive—as if the trees should have shed their leaves, or the kickball been less lively.

No one in my family was directly affected by the attack. I believed that I had little claim to negative emotion, and was almost envious, in moments when any comprehension of the attacks’ magnitude succumbed to a general idea of their importance, of those with a personal connection to the incident. That night, my brother and I crowded around our computer. He showed me a picture with Osama bin Laden’s face clearly etched in the smoke from a burning tower, and I understood terrorism then as a sort of supernatural evil. My family was living in Mather House at the time, and when we went to dinner in the dining hall, each of the long rectangular tables had a television hastily affixed to its end. After the meal, the house held a candlelight vigil in the courtyard. I felt both happy and guilty upon seeing the community coming together, and my comfort in observing change so clearly demonstrated. I even wondered how often we’d be gathering like that.

From then on we made gestures at an altered life. My brother was forbidden from going to work the next weekend, despite the fact that Newton, Mass.—where he sold kayaks—was surely low on the list of potential targets. My parents kept me from watching the news, but the next day at school I heard a kid on the playground bragging to a friend that he had seen the plane hit the tower almost a hundred times on television, and I was jealous. For my part, I spent a decent amount of time surreptitiously googling until I became inundated in conspiracy theories and gave up.

It wasn’t until high school that I felt any different. A year or two in, on one of the more inconspicuous anniversaries, we filed out of our classes and stood in silence around the flagpole as the bells rang out. After some time, we broke for recess, and a friend of mine came running up to interrogate me about a coming test. The whole operation felt like a fire drill. Later, I went to the chapel to try and give the day its due. Though motivated again by shame, I felt truly sad for the first time. And then I thought about that kickball game, and how little it had seemed to matter whether it was World War III or airplanes flying into buildings. I thought about growing up with longer lines for security; freedom fries and the War on Terror. But I thought most about how scared I was first by being small, knowing something was horribly changed, and feeling no different.