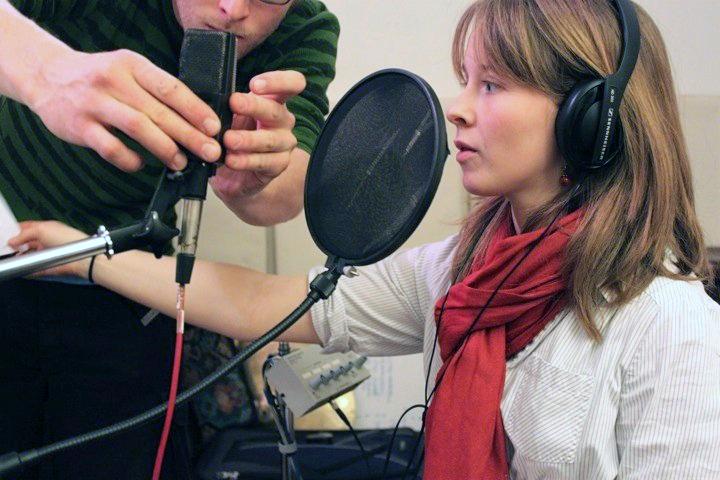 To call conversation with Katharine Woodman-Maynard ’08 animated is strikingly appropriate, and it is hardly surprising that she discusses her ...
By Julia E. Kete

To call conversation with Katharine Woodman-Maynard ’08 animated is strikingly appropriate, and it is hardly surprising that she discusses her career with such enthusiasm.

As the co-creator of the animated online show “Post-Nup,” she has more creative license over her work than do most recent grads. And unlike many animators who work on sections of films as part of an animation house, her work involves creating her own films from start to finish.

“It’s been so cool discovering how many parts of animation suit different parts of my personality,” she says. She becomes everything from actress to visual architect to create the final product.

Senior year was an auspicious start for Woodman-Maynard, when she won the prestigious Albert Alcalay Prize, given to the best student in a VES workshop studio. But after taking a job as a production assistant, Woodman-Maynard found herself at a crossroads.

“I first got a job as an assistant at a production company that made advertisements, and it really wasn’t what I wanted to do. I ended up quitting that,” she says.

She laughs, “I know it sounds silly, but I really tried to get a job that was as close to ideal as possible.”

That led to the creation of “Post-Nup,” which chronicles the married life of Omar and Gaby, an Indian web entrepreneur and a Jewish lawyer.

Occasionally playing on stereotypes, the show primarily takes place in the couple’s bedroom. Missing from their nightly routine? Sex. In its place: attitude.

Rather than bringing together obvious themes or jokes, Woodman-Maynard’s show creates something appealingly uncomfortable. It’s not something you’ve seen before, and that’s exciting.

“The show is about a married couple who love each other deeply, but struggle through the daily conflicts and issues that are in a marriage. But it’s definitely a comedy,” says Woodman-Maynard.

“We would love to have distribution, or to have a network pick it up to develop further, or just to have growth in viewership,” she explains.

But or now, it’s back to the studio to finish episode 13 of the series.