No. 5 Men's Squash Can't Complete Comeback in Loss to No. 3 Princeton 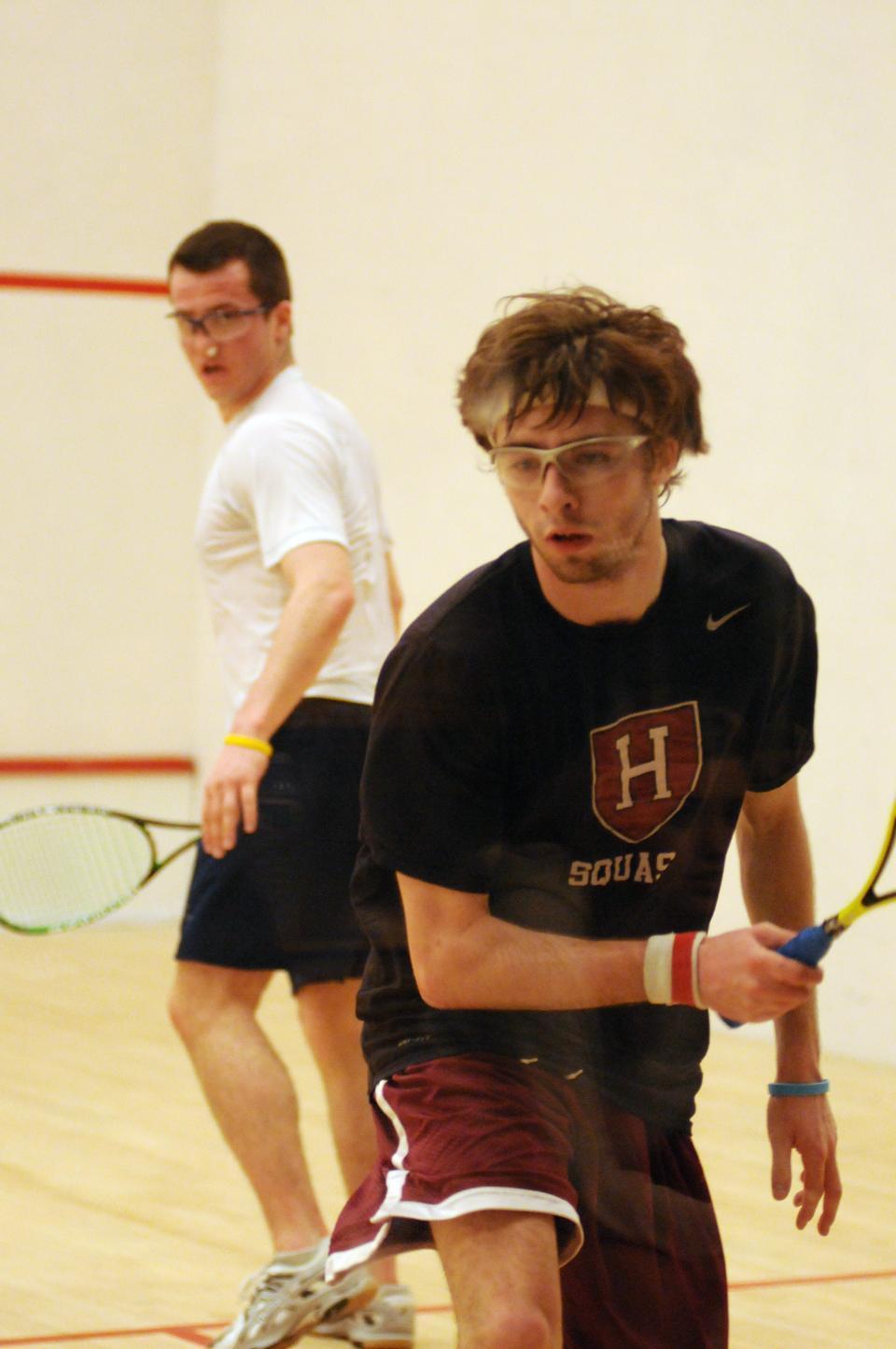 In a hard-fought contest that featured one of the best matchups of the early season, No. 3 Princeton narrowly defeated the No. 5 Harvard men's squash team, 5-4, before a sizeable crowd at the Murr Center on Sunday afternoon.

Initially falling to a 4-1 deficit, the Harvard squad climbed back to knot the score at four but eventually lost the final match, as Princeton’s Dylan Ward defeated Crimson junior Zeke Scherl at the No. 7 spot, 3-1.

“I think right now the team is gutted,” Harvard coach Mike Way said. “But as [sophomore] Gary [Power] just said to the team, they got to remember this and come back and work harder. But what a match, you can’t take away from Princeton. They were awesome, and they were better than us today.”

The No. 1 spot featured a close battle between last year’s College Squash Association Individual Champion, Princeton junior Todd Harrity, and the 2010 Junior World Champion, Harvard sophomore Ali Farag. With the overall match on the line, Farag came back from a 2-1 deficit to defeat his Tiger foe, 3-2.

According to Way, Farag told him that it was “the toughest match of his life. Not just the physical but the mental [part] of the fight and the noise of the gallery.”

Throughout the match, Farag often found himself clawing back from an early deficit in each individual game. In only his second match for the Crimson, Farag is still adjusting to the tense atmosphere of Ivy League squash.

“I think this weekend he felt the weight and felt that he was carrying the team,” Way said. “So he put a lot of pressure of himself, and when you do that you fatigue prematurely. … For Ali, it was like welcome to college squash.”

But Farag was able to come back, finding momentum in the fourth game after falling early. The sophomore won the game, 11-6, after losing a tight 13-11 battle in the third game. He carried the momentum into the fifth, winning fairly easily, 11-4.

“My plan didn’t work so I had to find another plan to play, and fortunately it worked,” Farag said.

The Crimson fell early with 3-0 losses by sophomores Brandon McLaughlin and Gary Power at the No. 2 and 3 spots, respectively. Junior Alexander Ma lost 3-1 at No. 9, winning the first game handily, 11-2, but then losing the next three to his Princeton opponent.

Sophomore Nigel Koh lost a back-and-forth battle at the No. 4 spot, 3-2, to Tiger Samuel Kang, who according to Way had never defeated Koh. The two had played each numerous times while both growing up in Singapore.

In Harvard’s comeback bid, freshman Julian Kirby at No. 8 won the decisive fifth game after initially going ahead, 2-0. In that final game, Kirby had gone up 8-4, but then the Tiger David Harrington tied the score at eight. But Kirby overcame the late surge, winning, 11-8.

Early in the day, freshman Tyler Olson contributed a 3-1 victory after initially dropping his first game, meaning that with both squads tied at four wins apiece, the outcome of the match came down to the battle at the No. 7 spot.

The third game was tense, with each point eliciting a loud response from the crowd. Ward jumped to an 8-4 lead, but Scherl battled back with strong play. In the end, Ward was able to take the game, 13-11, and the momentum, finally defeating Scherl in the fourth, 11-8.

“The guys that lost fought to the absolute bitter end,” Way said. “They will review the mental and tactical aspects on this, but you can’t fault anyone. No one threw the towel in. No one capitulated.”

Harvard will try to use the experience gleaned from this near-upset in hopes of capturing an even larger one next weekend, when the Crimson will aim to snap Trinity’s 13-year and intercollegiate varsity sport record 252-game winning streak next weekend in Hartford.

“It was a really tough battle,” Farag said. “I am a little disappointed that we lost, but it’s going to raise our game heading into next weekend.”

—Staff writer David Mazza can be reached at damazza@college.harvard.edu.