Erdrich’s ‘Round House’ a Moving Tale of Dark Justice

'The Round House' by Louise Erdrich (Harper) 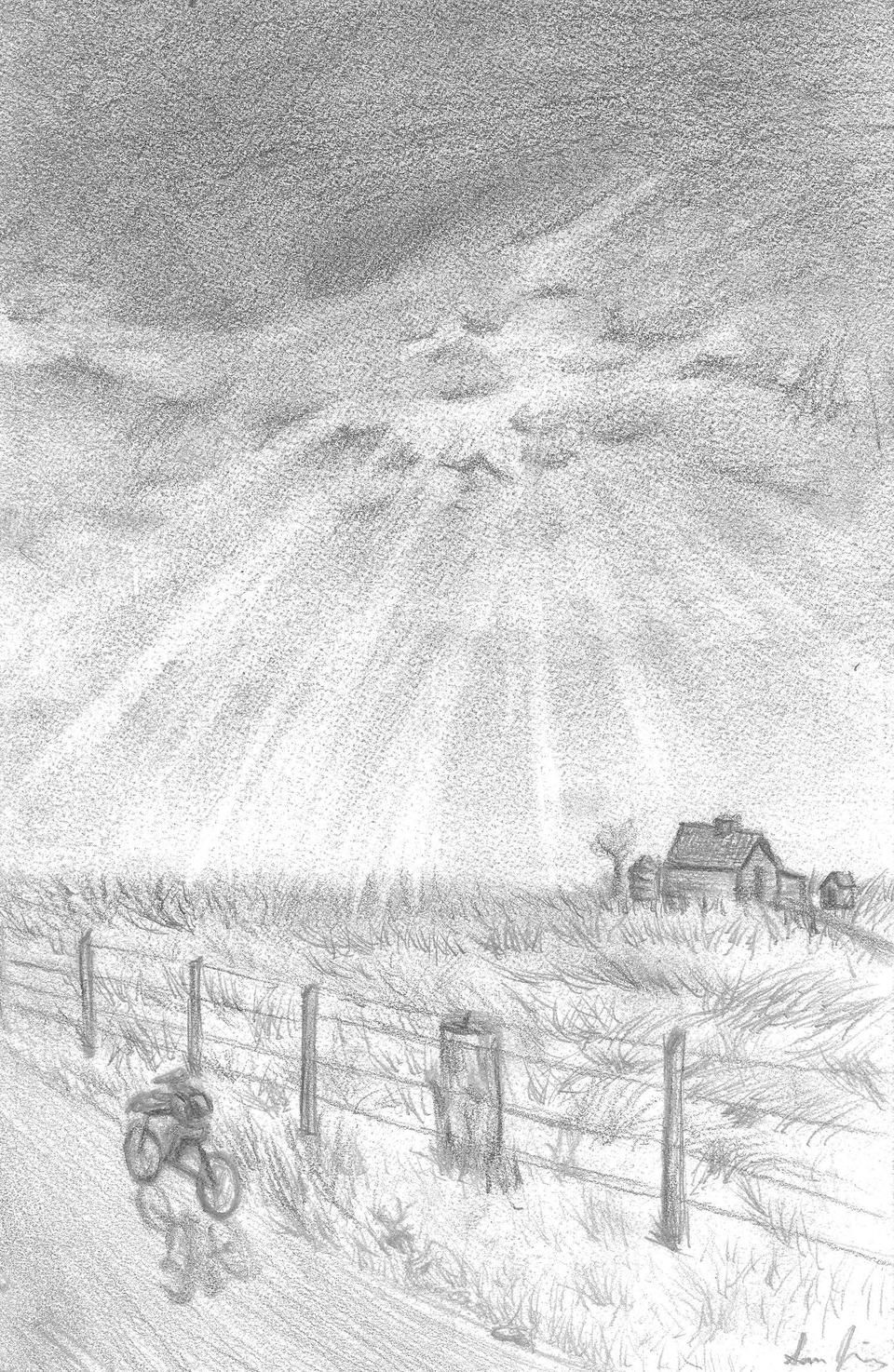 'The Round House' by Louise Erdrich is available in stores now.
By Mackenzie K. Dolginow, Contributing Writer

In her latest novel “The Round House,” Louise Erdrich weaves a tale of crime and justice through the eyes of a 13-year-old Ojibwe boy, Joe. His life on an Indian reservation in North Dakota is a world removed from the America most readers are familiar with; here, Indian law reigns sovereign and poverty runs rampant. After his mother is raped under clouded circumstances and a host of political complications come into play, Joe and his friends set out to unveil the truth and restore justice, with or without the help of the law. Erdrich’s setting is expertly crafted. She conveys both the rich cultural history that remains on reservations, passed through oral histories and knowledge, as well as the isolation and disempowerment in daily life. Through unadorned writing and relentlessly paced action, Erdrich fills this memorable landscape with a vengeful, powerful story.

“I had a fat Indian for a husband at one time,” one character recalls. “His pecker was long and big but only the head reached past his gut. And of course I didn’t like to get underneath him anyway for fear of getting smashed…[His belly] grew big as a hill and I couldn’t see over it. I’d call out, Are you still back there? Holler to me!” One would not expect to encounter such funny, overtly sexual scenes in a book whose central tension derives from an egregious act of rape. The fact that they coexist side-by-side marks a straightforwardness inherent throughout “The Round House,” as Erdrich favors an honest presentation over plying to expectations. These scenes of the older generation boisterously cackling over their sexual exploits, much to the horror of the young narrator and his friends, are not merely comic interludes; they are integral to painting a realistic world, a fuller picture of family ties on this reservation in the late 80s. Erdrich binds the novel together through two seemingly disparate elements that together create a depth to her depiction: the spiritual world of sweat lodges, mythology, and tales of ancestry, alongside a legal history of court cases pertaining to reservation law. With these complex, in-depth descriptions, Erdrich effectively conveys the poverty, love, isolation, and rich culture that govern reservation life.

Erdrich favors fast-paced action to keep the story moving forward. While this approach does not leave much room for emotional analysis, it makes the book easy to digest as well as realistic, given Joe’s young age at the time of the story. Aside from jaunts into family tales and past court cases, the novel follows a relatively linear plot; it moves at a quick clip and has suspense expertly built in. Little time elapses between chapters, and once a question is posed, it does not take too long to find out the answer. For instance, the identity of Joe’s mother’s rapist is known before the book even reaches its halfway point; from then on, it is just a question of how and if justice will be restored. Knowing who the rapist is halfway through the book creates more tension, as Joe’s family tries to emotionally recover from the incident while still pursuing justice.

Erdrich includes very few loose ends or connections that the reader must make for themselves, and this technique of overt connections does not detract from the suspense of the story. One of the most long-standing mysteries in the book concerns the fate of Joe’s friend Cappy, who Erdrich reveals at the outset of the book to have died by the time Joe is narrating his tale, years later. While this mystery surrounding his death is certainly not the driving force of the narrative, the mysterious undercurrent colors the reader’s entire relationship to Cappy, as the cause of his death is not revealed until the final pages. Erdrich’s choice to first introduce this character with his end in sight is narratively risky, but it fits in well with the overall tone of desperation present throughout the book.

Another example of these connections includes a time when Cappy’s brother tells Joe about a vision he saw during a sweat lodge. When Joe sees a dark shape in the bushes a few nights later with a silver glow about him, Erdrich makes sure the reader draws the connection between the two incidents by explicitly stating the connection.

Erdrich seems generally averse to ambiguity in language and events, though she certainly does not stay away from nuance in the ideas and themes that she explores. Indeed, her straightforward language and presentation of events, which can at times create the effect of spoon-feeding the reader, allows her the leeway to delve into the ambiguous emotional and historical territory, once described by her as a tangled skein, as successfully as she does.

For instance, Joe’s uncle’s girlfriend Sonja is initially introduced as a weather-beaten ex-stripper; as Joe begins to interact with her more, though, Erdrich reveals her to be a much deeper character than first portrayed. She is resilient, tough, funny, and initially an unexpected ally for Joe. When he entrusts her with a secret—that he has found $40,000 in a doll floating in a lake—she drives him around to banks all over the state to deposit the money in savings accounts for his college tuition and stresses that he must not tell anyone about the money, for whoever lost it will want it back. After serving as an emotional refuge for Joe, Sonja eventually begins taking this money and spending it on expensive clothing and earrings. In the end, she takes nearly all the money to run away from Joe’s uncle and live on her own.

Erdrich delicately handles the issue of female disempowerment in the character of Sonja by portraying this behavior more permissively than one would expect. Though the reader might fault Sonja’s actions as weakness of character, Erdrich sympathizes with Sonja’s mistreatment—nearly every man she encounters, even Joe, treats her as an object because she is pretty, and she has low feelings of self-worth because of this. Erdrich portrays Sonja’s escape with the money almost as a victory: the $40,000 came from another case of female abuse and disempowerment. Thus, the money that would have improved the life of one mistreated woman finds its way into the hands of another. In a story with so much injustice, this one small, nearly hidden victory seems a large one.

Erdrich’s nuanced treatment of Sonja’s character is just one of many instances where she approaches complex moral and legal stances, a rich cultural history, and a long history of abuse with a deft hand. Her straightforward language belies the labyrinthine nature of the events and history she depicts. Although not all the characters may not be unique like Sonja, and though the simple writing and the story may fade in memory, Erdrich’s portrayal of the isolation and rich culture that define reservation life forms a powerfully memorable backdrop to this tale of vigilante justice.