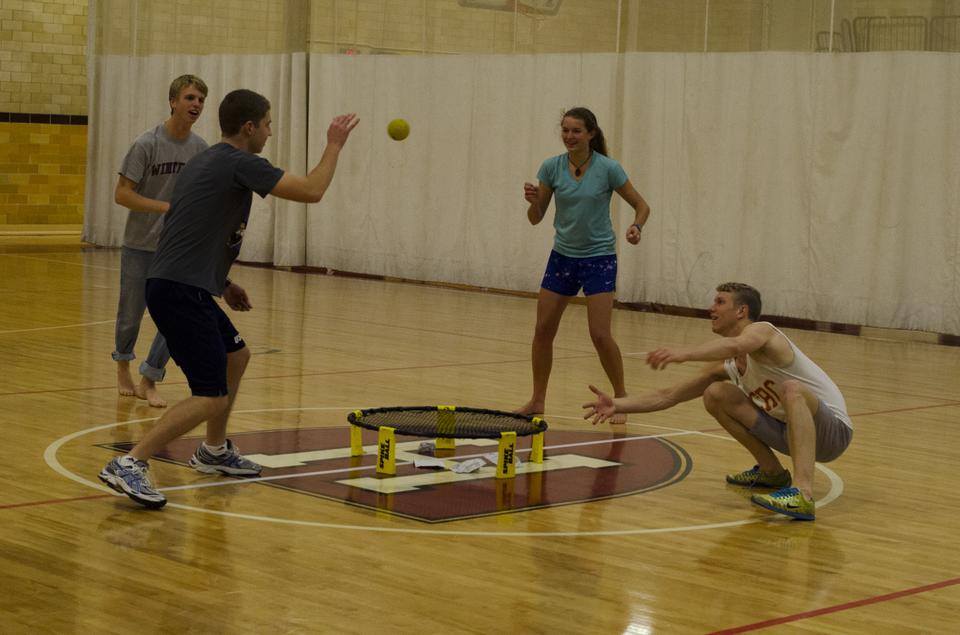 As summer’s warmth is replaced by fall showers and stiff breezes, all but the most dedicated students have abandoned Harvard’s outdoor spaces in favor of hot cider and common rooms.
By Zach T. Osborn

As summer’s warmth is replaced by fall showers and stiff breezes, all but the most dedicated students have abandoned Harvard’s outdoor spaces in favor of hot cider and common rooms. Unfortunately, the aforementioned “most dedicated students” include those playing the latest collegiate fad: spikeball.

For the blissfully unaware, spikeball is the quasi-athletic trend sweeping through Harvard faster than a cold during midterm season. Two teams of two stand on opposing sides of a hula hoop containing a taut, trampoline-like fishing net and awkwardly bounce a child-sized volleyball back and forth.

Though its proponents claim the game is a mix between volleyball and four square, spikeball lacks both the graceful athleticism of the former and the nostalgic charm of the latter. What’s left is a herky-jerky mess of splayed limbs, muffled grunts, and grass stains that, in terms of all-around goofiness, falls somewhere between the Harvard Quidditch Team and barefoot running.

Spikeball is not without its charms. With fast-paced rounds and ample amounts of trash talking, it’s easy to see why the game is so addicting. But the game’s designer apparently sought inspiration in a fourth grader’s toy chest. Hula hoops, neon yellow supports, and more assembly required than the latest IKEA catalogue? Let’s stick to Frisbee.

Finally, there’s the obvious logical flaw at the heart of the game: Why is the trampoline even necessary? Brace yourself because I’m about to use my Harvard-level critical thinking skills to drop a knowledge bomb: balls bounce. Ditch the trampoline and put the hoop directly on the ground. Bam! Spikeball is now 200 percent cooler. You’re welcome.