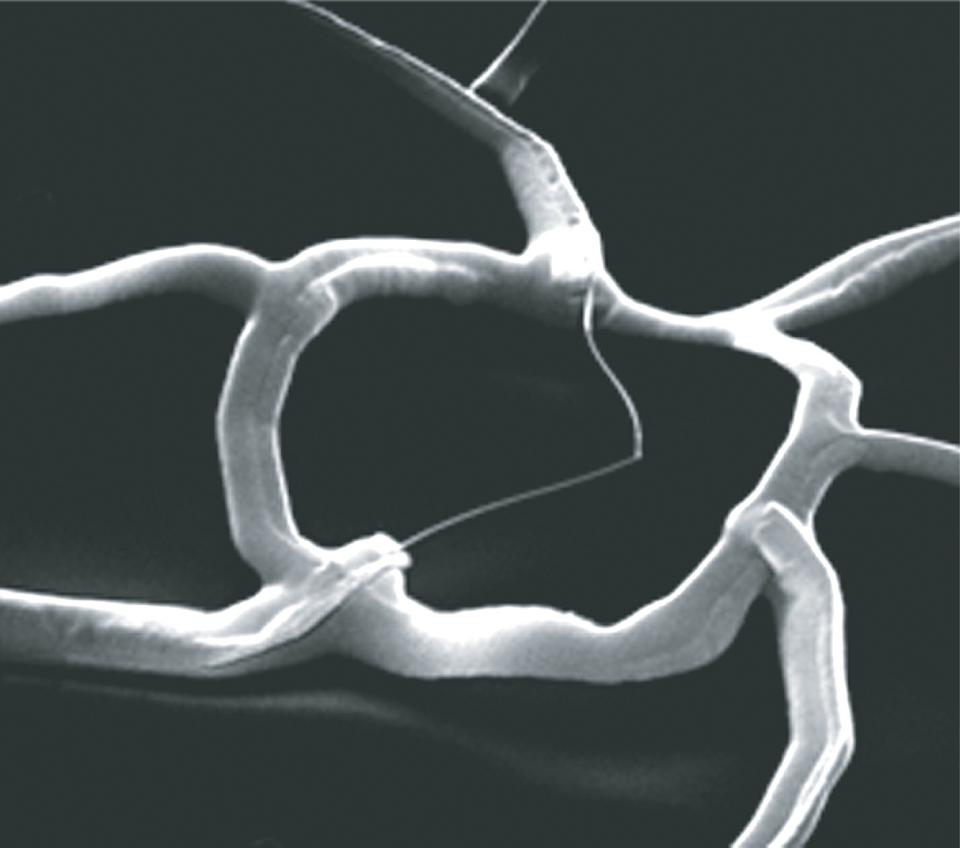 Cyborg tissue is becoming more than fiction thanks to research by a team of Harvard and MIT scientists who have engineered nano-sized electrical wire scaffolds that can be placed inside living tissue. It’s a technology they hope will become a fundamental part of drug development and aid in replacing damaged tissue in the human body.

Published in “Nature Materials” earlier this year, the scientists built on an idea of merging biological processes in the brain with nanoelectronics developed by Professor of Chemistry Charles M. Lieber, a pioneer in the field of nanotechnology.

“Everything we think about in electronics is built on a chip, so the idea was very simple,” Lieber said. “But we wanted to use the techniques based on 2-D patterning and somehow make it 3-dimensional and mimic what holds our cells together—a type of synthetic scaffolding.”

Ultimately, the researchers believe this technology will be fundamental to the future of drug testing and development. The current drug development process relies on animal testing followed by human trials—a system fraught with ethical and technical issues, said Jia Liu, a graduate student in the Department of Chemistry and Chemical Biology, who along with Bozhi Tian and Tal Dvir pioneered this research in the Lieber Lab.

Liu said that major challenges in testing drugs for human use include overcoming the differences between human cells and those of other animals as well as harvesting human tissues. Nanotechnology, he said, could provide a way to monitor how drugs react with tissue samples directly in the lab.

“With nanoelectronics, the electronics are embedded intrinsically inside the tissue and we apply the drug so that we can directly record it from electronics to see how exactly human tissue reacts to certain drug supplies without damaging it.”

According to Lieber, the long-term goal of this research is to implant tissue samples built on nano-electronic scaffolds directly into the human body. In this way, the “cyborg tissue” can replace damaged tissue and connect to humans’ neural networks in the same way that cells connect to each other in natural tissue.

Senior author Robert Langer, a Chemical Engineering professor at MIT, said,“Not only can we create a tissue but we can actually monitor what happens in that tissue.”

“We can imagine making a tissue for someone who is ailing and getting diagnostics to tell you how it’s doing,” he added.

These nanoelectronic scaffolds could even be programmed to deliver drugs internally at the same time that they monitor the tissue’s internal state, according to senior author Daniel S. Kohane,  who is a Professor of Anesthesia at Harvard Medical School.

“In theory and hopefully soon in practice we can use these things to stimulate [cells] electrically—or even as drug delivery systems [to] have a desired effect.”