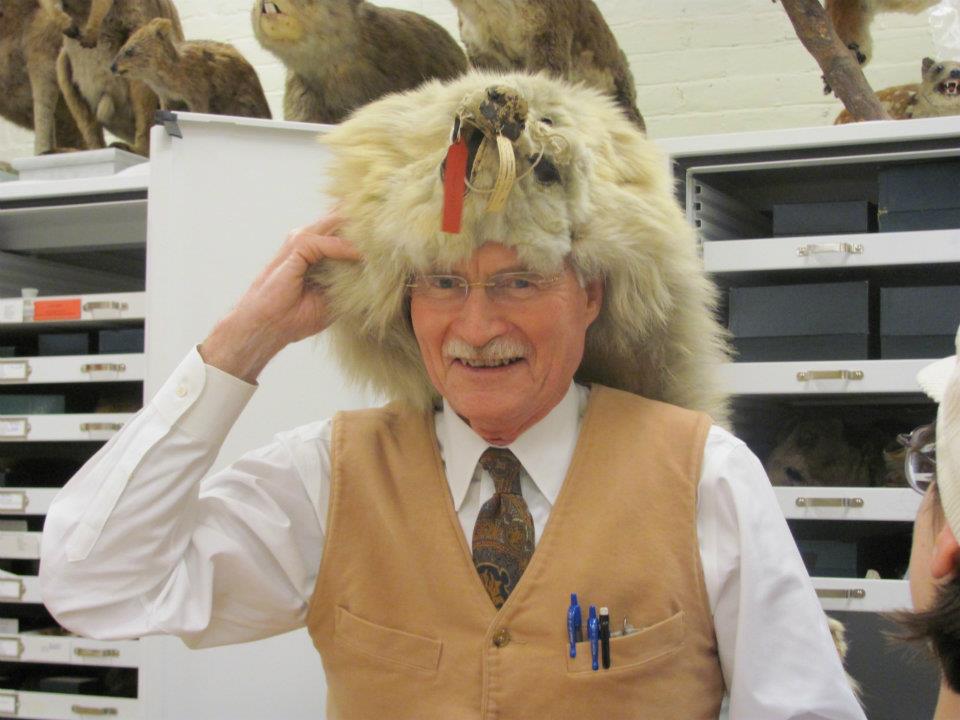 By Dev A. Patel, Contributing Writer

Sporting his trademark vest and tie combo, marker in hand, Professor Farish A. Jenkins, Jr., utterly mesmerized the 50 students at his lecture on postural evolution last fall by drawing bone structures on his own thighs. For those students in “Vertebrate Evolution and Development,” that moment perfectly captured Jenkins’ dedication to science, discovery, and teaching. Jenkins died Sunday in Boston at age 72.

“He was like a late Victorian Indiana Jones with none of the baggage but all of the style,” Lecturer on Organismic and Evolutionary Biology Andrew Berry said. “Farish absolutely stood out as a beacon. He was a superstar in terms of his commitment to undergraduate education and advising.”

Jenkins spent more than three decades at Harvard as a biology professor, a curator of vertebrate paleontology, and a professor of anatomy at the Medical School. During that time, he touched the lives of generations of students.

“I feel sort of like Harry Potter and Dumbledore has passed away,” said Maxbetter S. Vizelberg ’14, one of Jenkins’ advisees and a student in that class last fall. “I could tell that he cared so much about me. He was one of my dearest friends, my greatest champion at Harvard.”

His famous chalkboard sketches made every lecture one to remember.

“His illustrations were so detailed that they were better than what you would get in a textbook,” Vizelberg said.

James Hanken, the Agassiz professor of zoology and director of the Museum of Comparative Zoology, said that Jenkins would spend hours before class drawing anatomical structures on the board. “He was extraordinarily committed to undergraduate teaching in particular,” Hanken said. “He committed so much of himself to their learning, it was infectious.”

His mentoring did not stop at the Cambridge city limits.

“A teacher is a teacher outside the classroom, and you could really see that in the field, in his exploratory mode,” said Ted Daeschler, vice president and associate curator at the Academy of Natural Sciences in Philadelphia. “There was so much to learn from Farish, particularly about the integrity, the quality, the sort of detail, and how carefully science should be done. It was a wonderful boost to my own scientific ability to be able to work with him.”

In his research, Jenkins focused on the transitions between major groups of organisms, the “big questions and fundamental problems,” Hanken said.

One of his more notable contributions to the field was his instrumental role in the discovery of Tiktaalik roseae, a critical transition species between aquatic and land vertebrates that Berry called “a brilliant piece of science.” Along with Daeschler and Neil H. Shubin, a professor at the University of Chicago, Jenkins traveled to Ellesmere Island in the Canadian Arctic.

For several years, the scientists made little progress. “But that moment in 2004 when we uncovered those creatures was incredible,” Shubin said. “I’ll never forget it as long as I live. It wouldn’t have happened without Farish.”

“He always had the right attitude when we did teamwork, and his kind of enthusiasm is always something that you need out there,” Daeschler said. “Family aside, I don’t think there’s any place Farish would rather be than out there exploring.”

He is survived by his wife Eleanor, a son Henry Edgar III of Denver, a daughter Katherine Temperance Leeds of Watertown, a brother Henry Edgar II of Sausalito, Calif., and two grandchildren.