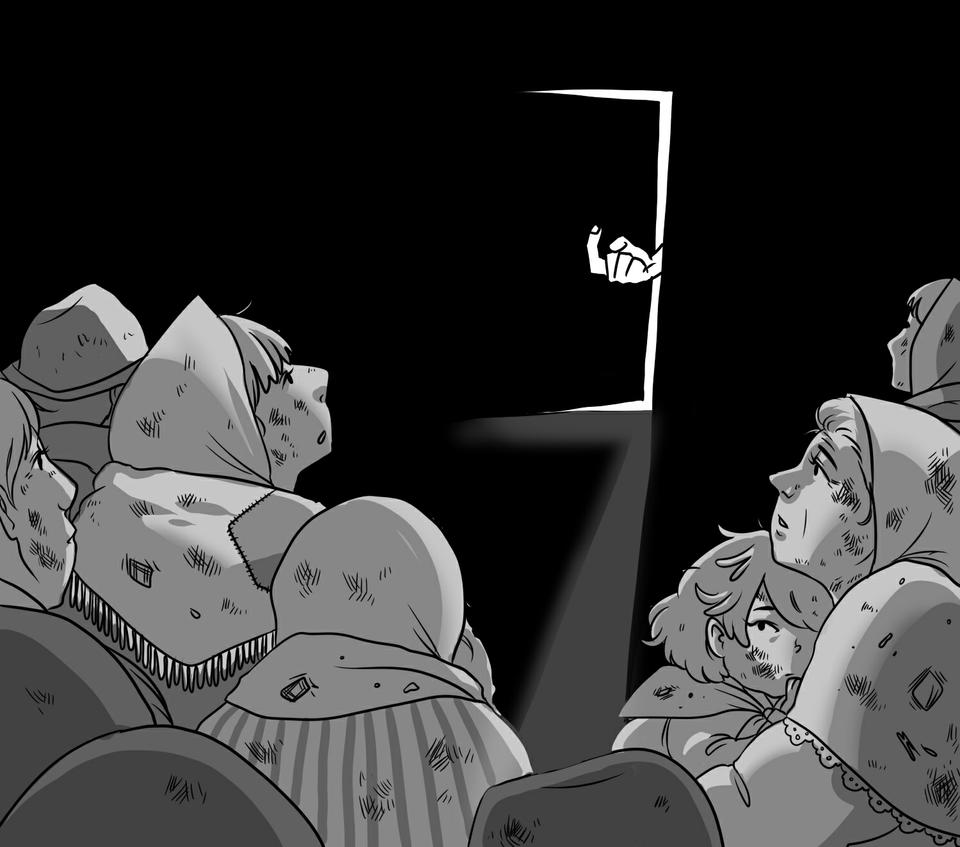 College students are accosted every day with various assertions as to what, exactly, constitutes great writing. Yet rarely do those making the claims, as “Maidenhair” author Mikhail Shiskin does, proceed to demonstrate these criteria in a work of great writing. While “Maidenhair,” translated from Russian by Marian Schwartz, is a moving, complex novel, it is most effective as evidence of the factors that make a good story. Shishkin’s multilayered, unconventional narrative consists of the stories of modern-day Russian refugees seeking asylum in Switzerland, as translated by an unnamed interpreter. Alongside these stories are memories of the interpreter’s life and the various texts he reads throughout the story. This structure permits Shishkin to explore fully how to convey a story. Although a subpar translation may occasionally obscure the beauty of Shishkin’s writing and compromises his carefully constructed tone, “Maidenhair” is as a whole a success, a potent, encyclopedic exploration of the art of storytelling.

At one point in the novel, a character states in defense of the false stories told by his fellow refugees, “Those speaking may be fictitious, but what they say is real.” This explanation occurs in “Maidenhair” several times, most notably and effectively in Shishkin’s constant integration of mythology. The characters in the novel, of course, recognize this mythology as fiction, but this does not compromise the sharpness and elegance of one refugee’s relation of the story of Daphnis and Chloe: Daphnis is “coming back to his room, which he shared with a medical student, when a premature rosy-fingered Eos had nearly begun.” Daphnis and Chloe exist in this world and experience the banality of having to share a room with someone else, but miraculously, despite this modern setting, the original beauty and art of their myth remains.

Partially through this integration of myth, portions of the novel, particularly the interviews with refugees, become fantastically thick with meaning. Some of the refugees make up plausible yet untrue stories (for example, that they were raped when they in fact were not, as occurs near the novel’s beginning); others craft stories that are impossible, claiming that they are hundreds of years old and have even, in one case, boarded the Nautilus submarine of Jules Verne’s “Twenty Thousand Leagues under the Sea.” They use language as improbable as the stories themselves; so, too, does the interviewer, as when he asks “Was it then, that wintry night in April, though still with a March putrefaction, that it all began?” This beauty illuminates intricacies of the plot, even though one would never in reality hear such intricate wording in spoken communication.

Were the entire novel composed of these interviews, the fantastical language and multilayered mythology might grow to be overpowering. Shishkin, however, integrates another form of storytelling: he includes in large quantities the fictional diary of a singer, now dead, who lived through World War I. The interpreter has found this diary in his workplace and during the course of the novel he reads it in its entirety. The singer’s language is simple, her statements factual, yet she deals with the same overarching themes addressed in the interviews and the story of the interpreter’s own life; her more simple language lends another, significant perspective to the discussion of love, death, and war of which the novel consists and prevents the work from becoming too abstruse. Shishkin possesses an acute sense of the length of time he can spend in artful, fantastical language, and knows when he instead needs to tell a story that is easily comprehensible. His balancing of multiple narrative styles is perhaps the greatest feat of his narrative.

For all that Shishkin does to craft a profound, beautiful work of literature, a potentially subpar translation occasionally disrupt the reader. While some disjointed word choices may be Shishkin’s own, they often seem more likely to be the fault of the translator. Though not incredibly frequent, they break tone and are thus quite damaging. One of the most persistent manifestations of the imperfect translation is the use of the word “guys” in formal contexts. At other times, the errors simply mar the artfulness of the writing, as when Schwartz translates, “The grass’s roots live on, oblivious to the fact that someone has already eaten it.” In the context of Shishkin’s generally superb writing, it is very unlikely that the clumsy wording was his. Fortunately, the translation is not horrible—the skill with which Shishkin writes is generally evident—and ultimately the thematic strength of Shishkin’s work is mostly unaffected by this translation.

“People have always suffered,” states the interviewer at one point to a refugee. “That’s not the point.” “What is?” responds the refugee. “Beauty.” Despite the occasionally shaky translation, Shishkin succeeds in proving this assertion. His book describes horrific war and profound loss, and yet the stories the refugees tell, particularly those that contain a strong element of fantasy, are deeply beautiful. It is through this exquisite writing that Shishkin has his most powerful impact on the reader. His words and ideas dance between obscure and childlike, yet there is never a point at which they are not well-crafted and illuminating. Shishkin not only states to the reader how one must tell a story: he shows it, and with a success that is not only edifying but also, quite simply, beautiful.