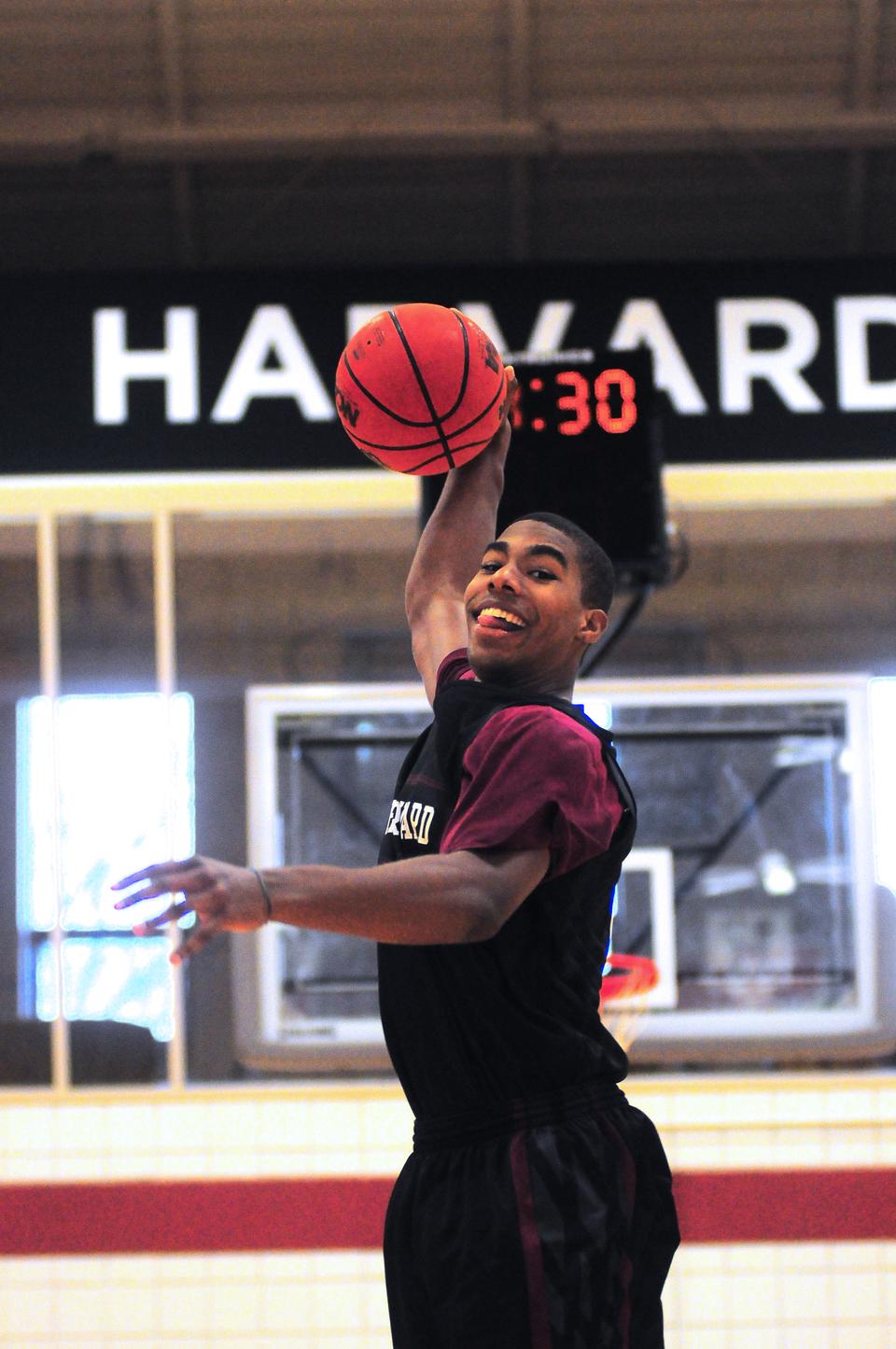 You would have to scan far down the list of last season’s leading scorers to find the player whom the Harvard men’s basketball team may most lean on to put the ball in the hoop this year. But the Crimson needs no reminder of how much can change in a year, so it should have no reservations about assigning that role to sophomore Wesley Saunders.

Though Saunders averaged just 3.3 points and 13.9 minutes per game in 2011-12, the departures of Kyle Casey, Brandyn Curry, Oliver McNally ’12, Keith Wright ’12, and Corbin Miller leave Saunders the opportunity to seize a more prominent role on the team this winter. But perhaps more important was Saunders’ own development over the summer, in which the productive stretches he displayed only occasionally a season ago seemed to come more regularly.

“He would be the first to say he worked very hard throughout the summer months to improve himself,” Harvard coach Tommy Amaker says. “He was dedicated, he was committed to his workouts, and because you work that hard, I think there’s a level of confidence he felt for himself in how he’s supposed to play.”

During the team’s week-long summer tour of Italy, in which it squared off with four Italian club teams in four different cities, Saunders led the Crimson in scoring, averaging 16.5 points per game to help Harvard secure a perfect 4-0 record.

“He performed incredibly well [and] played hard and efficient,” says Amaker of Saunders’ play in Italy. “He was our best player throughout Italy, which is saying a lot for anyone.”

Though junior co-captain Laurent Rivard—another player on whom the offense will depend heavily—was absent from the Italy trip, the transition from second or third player off the bench to “best player” is remarkable from any perspective. But Amaker noted that such a leap should not be thought of as abnormal, especially for a player who had to adapt all of last season to new circumstances and competition.

“We cannot overstate the value [of transitioning] from one year to the next, going from a freshman on the way to a sophomore,” Amaker says. “There’s a familiarity, a level of comfort with our system, our style, our philosophy.”

But the confidence the coach recognizes as emanating from Saunders is not born simply from another year’s maturity. His teammates have already noticed the difference in one vital aspect of his offensive repertoire: his jump shot.

Confidence can be difficult to come by when a player doesn’t trust his own game, and as a freshman, Saunders certainly didn’t seem sold on his outside shooting—he did not attempt a single three-point shot all of last season, creating most of his offense by slashing into the lane and finishing at the rim.

To improve his jumper, Saunders worked with a shooting coach over the summer, taking 500 to 1,000 practice shots a day. Paired with a workout regimen that included footwork, agility, and jump training, Saunders’ offseason was designed to transform him into a more explosive and well-rounded version of his freshman self.

“Because I put in the work, I feel more comfortable with my shot,” Saunders says. “I’ve got the muscle memory down and can just let it fly.”

According to co-captain Christian Webster, opponents will be forced to respect Saunders’ newfound range, which was on display at Crimson Madness, the team’s intra-squad scrimmage held on Oct. 13.

“He’s just hard to guard now,” Webster says. “[Last year], people could slack off of him like they play [Boston Celtics point guard] Rajon Rondo, but now they’ve got to play up on him. His shot has gotten so much better; it’s much more fluid.”

But in some ways, Saunders’ development should not come as a surprise. A highly-touted recruit coming out of Windward High in Los Angeles, Calif., Saunders carried with him the prospect of transitioning into a dominant player in the Ivy League. But much of the buzz that surrounded him was predicated on his raw physical gifts, as he possesses a combination of size and speed rarely found in the Ancient Eight. Having begun to round out the rest of his game, Saunders may give the Crimson an early return on the promise he showed last season and in high school.

Of course, Saunders has yet to prove himself consistently in meaningful regular season play, but he doesn’t have long to wait to get his chance. If Harvard is to come close to repeating last season’s run, it will need big contributions from its sophomore class, including forwards Kenyatta Smith and Steve Moundou-Missi. And if Saunders can sustain the level of play his coaches and teammates are trumpeting, the Ivy League may have a new star in the making.

“[The other sophomores] have been putting in just as much work as me, I know that,” Saunders says. “Obviously, we’re going to have different roles, and it’s going to be a challenge to come together as a unit, but it’s not necessarily about me putting up the most points—just me doing the best that I can to help the team.”

—Staff writer Andrew R. Mooney can be reached at mooney@college.harvard.edu.