"The Map and the Territory" by Michel Houellebecq (Knopf) 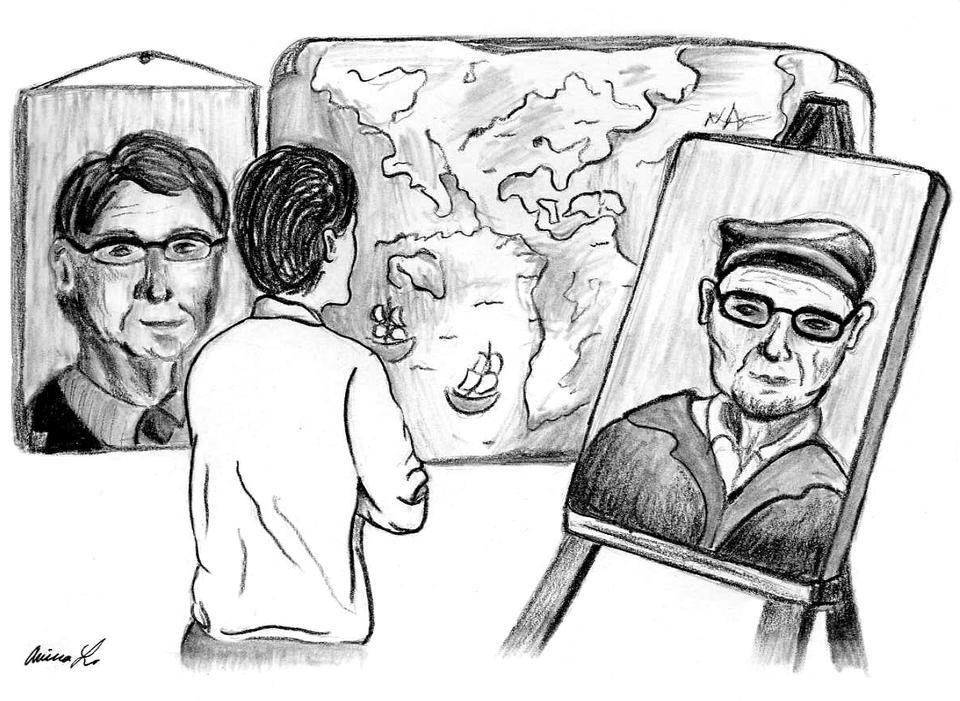 "The Map and the Territory" is available in stores now.
By Susie Y. Kim, Crimson Staff Writer

French writer Michel Houellebecq has inspired as much critical admiration and literary devotion as he has incited animosity and dispute. Given the discourse usually surrounding Houellebecq, his most recent novel “The Map and the Territory”—first released in French in 2010 and now translated into English by Gavin Bowd—is surprising in its immediate appeal. Its intellectual ambition is not just stylistic: “The Map and the Territory” also includes well-researched passages on artistic subjects as wide-ranging as photography to architecture.

“The Map and the Territory” traces the artistic career of Jed Martin from his undergraduate project of photographing commercial objects, to the critical success of his photographs of Michelin maps, to the financial success of his series of paintings depicting post-industrial professions, and, finally, to his reclusive last years and death. Jed asks a fictionalized Houellebecq—one of the main characters of the novel—to write the catalog for his “Series of Simple Professions.” He quickly becomes fascinated by “the author of ‘The Elementary Particle,’” an epithet repeatedly given to Houellebecq by the narrator to humorous effect.

Though he is the protagonist—or at least the narrative focus of the novel—the artist Jed Martin is virtually inaccessible. We are privy to his thoughts thanks to an omniscient narrator, but the tone remains neutral, almost journalistic. A lengthy passage is devoted to the description of Jed putting away his first substantial project as an artist: he has reached a creative dead-end and realizes he must pursue a different approach to his work. It is a situation ripe for the emotional development of the character, and the opportunity is tellingly ignored.

Not a stereotypically erratic artist, Houellebecq’s Jed is remarkably stable, even pedestrian. There is none of the ideal Romantic artist in Jed. Even his solitary habits show none of the depression and volatility characteristically associated with artists, to which the fictional Houellebecq in “The Map and Territory” is so prone.

None of this is to say that Jed is unlikeable: the magnetism about him is difficult to resist. “His gallerist seemed to be struggling,” Houellebecq writes, “Waving his arms around distractedly, and for an instant Jed wanted to come to his aid, before remembering what he’d always known, and what Marylin had categorically told him a few days before: he was never better than when silent.” It is the readers’ curiosity towards the opacity of Jed’s inner life combined with his external charm that gives “The Map and the Territory” its propellant arc.

In contrast, fictional Houellebecq, who in many ways serves as a foil to Jed, elicits foremost an emotional response. And, despite the simplistic caricatures given of Houellebecq by the press—“Anyway, the press is unbearably stupid and conformist, don’t you find?” he says to Jed on their first meeting—the Houellebecq that emerges is heartbreakingly sympathetic. Houellebecq the author has drawn criticism for his controversial—some might say piggishly stubborn—stance towards sex and religion, most infamously condensed in his quote, “Islam is the stupidest of all religions.” The character Houellebecq, however, is fragile and ambivalent. Though he states his opinions strongly, he tenderly and embarrassedly goes back on some of his polemics. On first meeting, he gives to Jed a staunch defense of the intelligence of pigs to explain his refusal to eat pork; a few chapters later, he is seen surrounded by chorizo, mortadella, and pâté de campagne, admitting, “I’ve completely relapsed into charcuterie.”

Houellebecq’s audacious decision to fictionalize himself in “The Map and the Territory” results in fruitful complications of narrative representation—rather than in the insufferable, self-indulgent drivel that one might expect. The narrator is omniscient to the point of reporting what future art historians will say about Jed’s oeuvre, but the reader’s access to the character Houellebecq is limited through the lens of Jed. “[Houellebecq] had changed, Jed realized. … He was, thought Jed, like an animal that had put on his winter coat.” The fictional Houellebecq is thus distanced from the Houellebecq that depicted him; the intermediary layers of authorship call into question the fidelity of Houellebecq’s voice.

As Jed’s photographs of Michelin maps are twice removed from the territory, so is Houellebecq the character from Houellebecq the author—whose name at birth was Michel Thomas. These are instances of the novel’s hesitant attitude towards the relationship between art and its subject. The detailed and exhaustive portrait of Jed gives the reader very little sense of his essence; yet Houellebecq the author seems more richly colored even though he can only be seen at an arm’s length.

Houellebecq has been called many things: brutal, nihilistic, cynical. His latest novel is then perhaps uncharacteristic in the compassion and humanity with which it describes its subjects. Jed’s photographs forced his society to re-examine Michelin maps. In “The Map and the Territory” Houellebecq revises the representations others have given of him by creating his own.