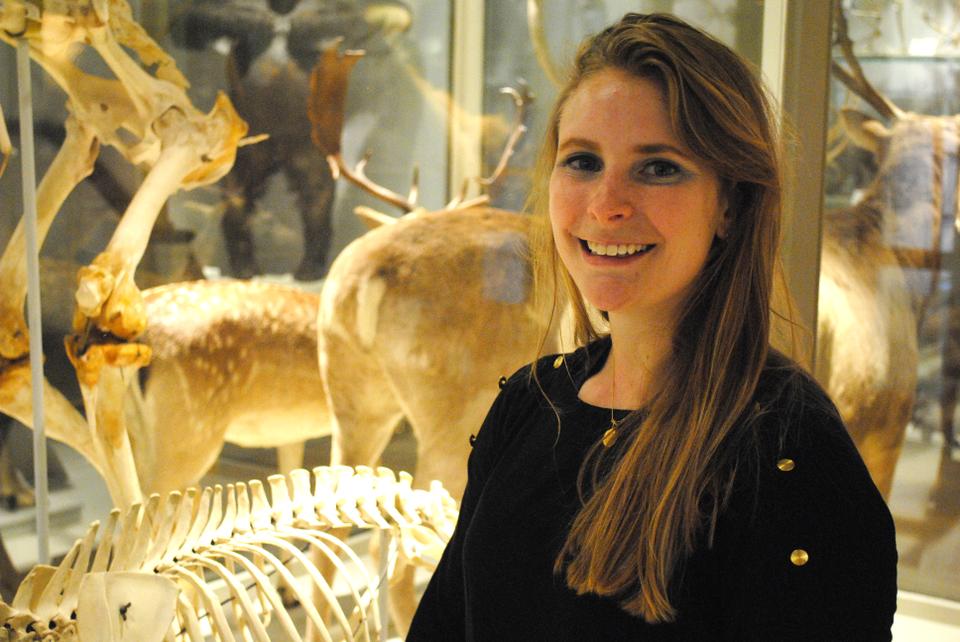 Mary M. Griffin ’13 does independent research in a biomechanics lab, but lab is far from lonely. Her research is made more enjoyable by the fact that she works with small, furry little rodents called jerboas.

“They’re adorable,” she said. “Harvard has only the second breeding population of jerboas in the world. They are very hard to breed in captivity because they have very specific breeding habits.”

In Organismic and Evolutionary Biology professor Andrew A. Biewener’s lab, Griffin studies the techniques that jerboas use to stabilize their vision fields. Most mammals have some sort of mechanism through which they can stabilize their vision fields so that they can run or jump without getting disoriented. Rabbits and hares have intracranial joints that move to stabilize their sight, chickens can maintain their head positions even when their bodies are rotating, and humans can look at a fixed point space even while shaking their heads through a process called oculovestibular stabilization. But jerboas use none of these methods.

“Jerboas are somewhat of an enigma,” she said.

Griffin, under the supervision of OEB graduate student Talia Y. Moore, is trying to understand the jerboa’s strategies for stabilization. In lab, Griffin observes the small rodents as they run through a tunnel and captures their movements using two x-ray cameras. Next, she uploads the data to her computer and analyzes the relative positions of the different parts of a jerboa’s body using the computer software MatLab.

“I like becoming proficient at handling different kinds of technology like x-ray cameras and MatLab,” she said.

Griffin started working in the lab last semester, and became more involved this semester when her supervised research began to count for OEB degree credit.

“I am pre-med, so I knew that I wanted to get some lab experience, but I also wanted to do something that involved hands-on experience,” Griffin said. “I’ve never been interested in the idea of sitting in a lab and growing cultures or pipetting.”

She was especially attracted to doing research in a relatively new field.

“Biomechanics is a new field [and] not much research has been done on it, but it is really exciting,” she said. “It is a very unique area of research and I am happy that I got involved in it. It is different; how many people here do biomechanics research?”

Griffin added that biomechanics is important because it provides the information used in a lot of robotics research. But even though Griffin enjoys working in the field, she does not plan to continue with this work after graduating. Instead, she plans to go to medical school.

“The study of biomechanics has really hooked me and I am really interested in it right now,” Griffin said. “Now I know that going into research can be very rewarding ... still, I do not want my career to be research focused.”

Griffin spends quite a lot of time in the lab, including a commute to Concord Field Station, where she sometimes stays from 9:00 a.m. to 5:00 p.m. But she said that she does not mind the extra travel or the extra hours.

“I thought that working in the lab would be just another thing that I did but it has become one of the highlights of my experience here,” she said.