Portrait of an Artist: Alvin Curran 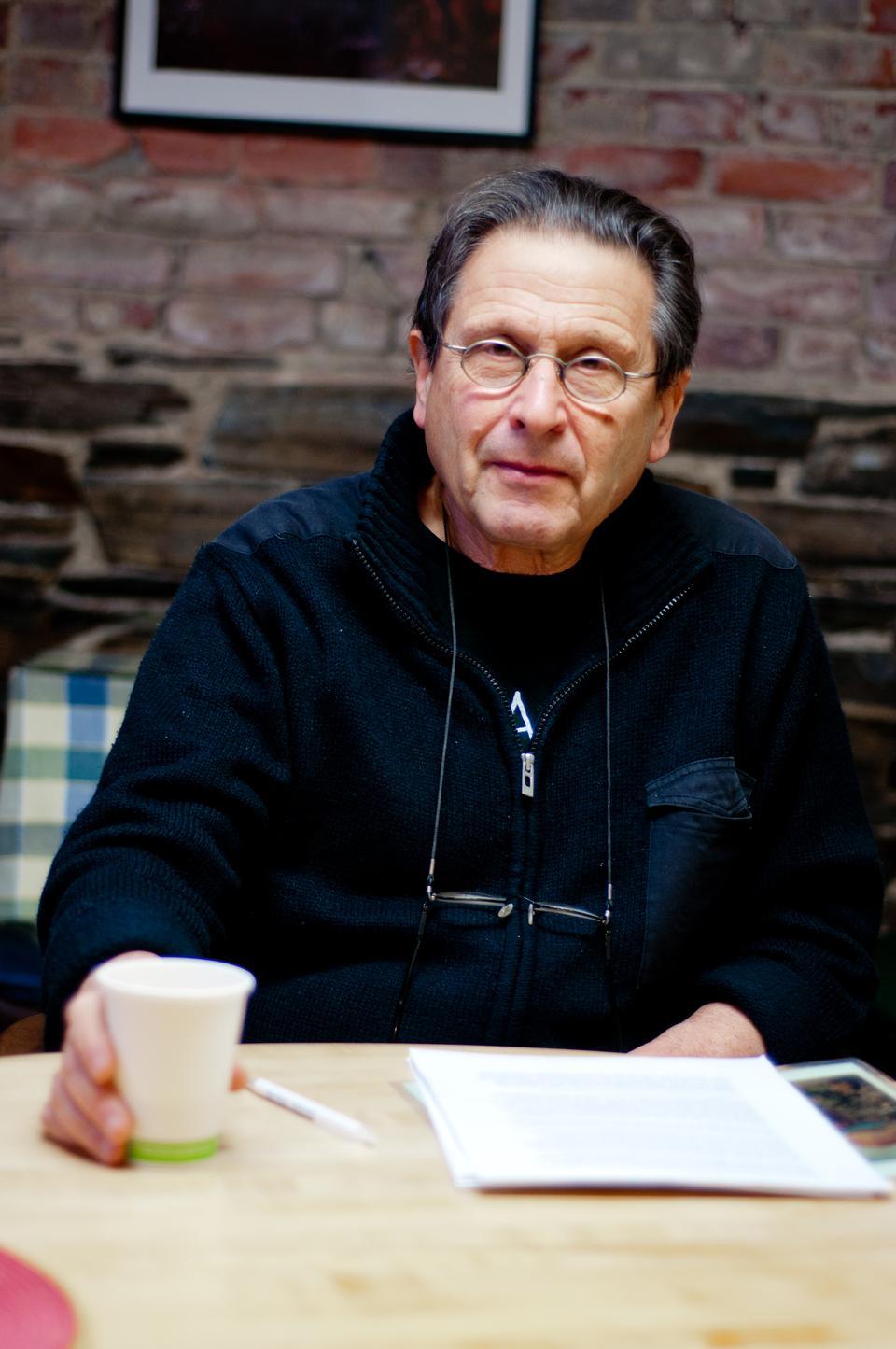 Composer Alvin Curran has created pieces for musicians in boats spread across a lake. He has written compositions that incorporate wolf calls, conch shells, foghorns, and church bells, and has now been making experimental music for about 50 years.

Curran co-founded the avant-garde group Musica Elettronica Viva in Rome in 1966. He has created over 150 compositions and sound installations, and his pieces incorporate everything from synthesizers and taped natural sounds to rock and classical instrumentation. He was born in Providence, R.I., and attended Brown University, then studied under composer Elliott C. Carter, Jr. '30 at the Yale School of Music. Curran now teaches privately in Rome and continues to conceive new pieces. Last Tuesday, he shared the theories behind his experimental pieces as the Music Department’s Louis C. Elson Lecturer.

The Harvard Crimson: How is it different to make music now then it was when you were with Musica Elettronica Viva in the ’60s?

Alvin Curran: The Musica Elettronica Viva group really grew organically, in every sense of the word…. In [that] climate of imagined revolution, as it were, the MEV group was a direct reflection of [those] times, of literally creating a start-point zero, trying to imagine a world growing out of a freshly plowed field...where the war machinery, the economic arrogance and overbearing power of capitalism in general would simply cede to a more equitable way of life…. Groups were popping up—theatre groups, dance groups, music groups—and the theme of the day was spontaneity, improvisation, [to] just do anything in the instant..... I don’t think there has been anything similar, on this worldwide scale, of social and political imagination.

THC: And today? In the digital age, how do you see your music as different from that of DJs and performance artists?

AC: Well, for one, I work with some of these people. So, in order not to get too old too quickly, I really embrace a lot of the new developments, and I’ve worked with a bunch of these young guys...these, basically, turntablists.  They’re coming from the pop world, but they speak the historical avant-garde language: the language of sound, the language of madness, nuts, craziness. Like myself [laughs].

THC: Your lecture tonight is called “The New Common Practice, or, A Life in Unpopular Music.” Is that how you see your life so far?

AC: There’s a lot of irony there. I’ll also explain very clearly tonight that I’ve made a career [making experimental art] and others have too. There are not a lot of us…that is, people who do things when they don’t necessarily know what the outcome is. It’s a risk-taking business. If you go into portrait painting, you know what you’re getting yourself into—you paint a portrait, you frame it, you get a check…. [But] there is a thriving musical and artistic life going on which is not necessarily known by a lot of people. And not only is it not known, but it’s distinctly uninterested in those kinds of behaviors which lead to topping the charts or “making it”…. This kind of thing is what I call making unpopular music because it simply defies the laws of economics and good behavior, basically…. This has been part of the classical avant-garde [movements throughout history].

THC: In some ways, it seems like you see your music as a continuation of those classical avant-garde traditions?

AC: I feel very grounded in classical music…[but] I do make a music which is an extreme development of music in the classical tradition…. I’m part of that tradition. I’m just in some land of the weirdos—but I’m not even that, because I make very conventional music. A lot of my music is written for piano, violins, normal instruments, chamber music, string quartets, and so on. It’s not that unusual. But there is one piece of mine which lasts for six hours; that’s unusual. So things like that—other gestures, other ways of thinking about time and space and place—those things are definitely extensions of the classical experiences.

THC: What are you hoping to leave your audience with tonight?

AC: I’m talking about a very special subject…. [It is] a kind of musical theory, if you want to call it that. It’s called “The New Common Practice,” and “The New Common Practice” simply means…making music without rules, without codes, without authority, without any knowledge of what the outcome may be. This is a practice which is actually beginning to happen all around the world right now, simply because, musically speaking, the study and practice of music has come to a point in our time where, in fact, everything is possible. It’s as simple as that. Everything you think, musically, is possible.