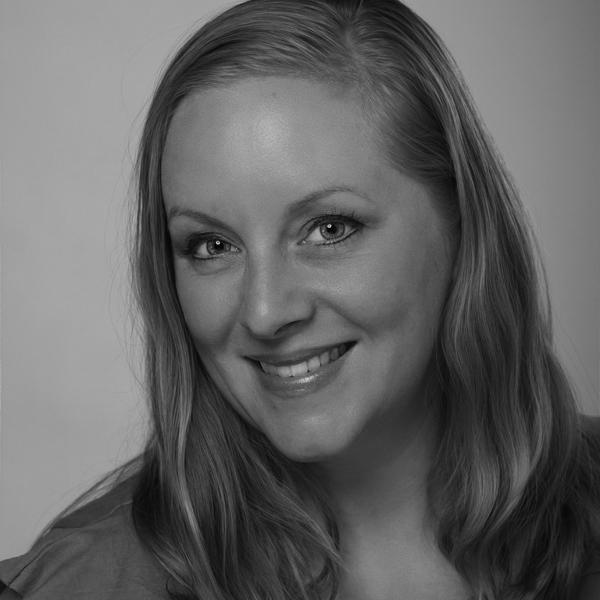 Lisa Wade, Ph.D., a Sociology professor at Occidental College, studies the role of sex, sexuality, and gender in society. She will be speaking at Harvard’s inaugural Sex Week, which starts March 25.
By Claire M. McLaughlin

Lisa Wade, Ph.D., a Sociology professor at Occidental College, studies the role of sex, sexuality, and gender in society. She will be speaking at Harvard’s inaugural Sex Week, which starts March 25. FM recently chatted with Wade about hooking up, sexual dissatisfaction, and “liberated sex.”

1. Fifteen Minutes: What do you find interesting about studying sex and gender?

Lisa Wade: Of all the social inequalities that we have in the United States, sex and gender [inequality] is unique in requiring people who are positioned differently to be intimate. We push men and women together, whereas when you look at race and class, for example, we actually actively separate groups through residential and occupational segregation. That makes for an interesting dynamic in looking at how gender inequality works.

2. FM: Sex is in the news, in the movies, and in our conversations; it’s a big part of our lives. Why are we so obsessed with sex?

LW: Sex is a natural drive, like hunger and the need for comfort. It’s one of the things that a capitalist society, driven by a market, is inevitably going to fixate on. Think about how much of our advertising is driven around food. Today we have become so good at producing so much more than we need, and one of the ways we convince people to buy particular products is by sexualizing [them].

3. FM: You have said that the average college student has somewhere between four and seven hook-ups during their college career. Most people, however, seem to have the impression that the number is much higher. Why?

LW: This is a phenomenon that psychologists call “pluralistic ignorance,” where the majority of people misunderstand what is going on. We see it in lots of different arenas—we certainly see it in how much college students think other people are drinking and doing drugs. The key is understanding the difference between a college campus on which there is hooking up and a college campus that is characterized by a hook-up culture.

4. FM: What role do you think that television and the media’s very casual attitude toward sex has played in shaping society’s views on sex?

LW: It certainly contributes to the pluralistic ignorance and the idea that college is going to be constant sex with attractive people and that that’s how you have fun in college. We get the idea that someone who is cool and interesting and exciting is someone who is doing it and doing it with whoever, whenever, however.... The media seems to be saying that students who don’t participate are just irrelevant and off the social map altogether, and that’s a pretty harsh punishment to someone who objects to what’s going on or wishes it were different.

5. FM: You have said that college students typically want to feel pleasure, meaningfulness, and empowerment from their sexual experiences, but are not getting this from casual hook-ups. What are ways in which people can find these elements in sexual relationships?

LW: Students have difficulty getting what they want out of sexual encounters because these encounters are shaped by a lot of things in our society that are bad: sexism, heterosexism, racism, and this relentless pressure to be really hot and sexy. All these things shape hook-ups so they tend to be less rewarding. But all of these things also shape relationships. So what we need to fix isn’t the way in which people are sexual with one another but the context in which sex is happening. We like to say that hook-up culture is a problem unique to college, but there’s nothing that’s happening on college campuses that doesn’t also reflect our wider society.

6. FM: In your lecture on hook-up culture on MTV’s Canada “Impact,” you also mentioned that about 30 percent of college students opt out of sex altogether. Are these students missing out on important sexual experiences in any way?

LW: A lot of students that do not like hook-up culture say that even the bad experiences they’ve had have taught them a lot. They learn what kind of relationship does feel good to them, and how they reach their boundaries when they’re alone with someone, and how it feels to be empowered enough to make their feelings about what they do and don’t want to do matter.

7. FM: Is the hook-up culture as prevalent in the gay community?

8. FM: You teach a class called “Race and Ethnicity in American Society.” How does race and ethnicity play a role in how people express their sexuality?

LW: People who are not white have to manage the stigma of being a racial minority, so they have to think, “How will what I do reflect on my group?” So people of color tend to make choices that are a bit more conservative. If we have stereotypes that African Americans are hyper-sexual or that Asian American women are hyper-available sexually, then these groups will oftentimes manage these stereotypes by not making as many choices to go ahead and be sexual, especially publicly.

9. FM: Websites like OkCupid and DateMySchool seem to be getting more popular among college students. How do you think online dating might change the dating culture on college campuses?

10. FM: You teach a class called “Debating Controversial Issues in Sexuality,” and one of the questions you explore is “What is good sex?” What, in your opinion, is good sex?

LW: I think the better question would be, “What would be safe, liberated sex?” We like to think that we have that already, but what the sexual revolution of the 1960s and 1970s gave us is the opportunity to say “yes” to sex. But what it didn’t give us was the opportunity to say “no.” So students feel comfortable saying “yes” to sex, but they also feel like it’s increasingly difficult to say “no.” They feel like they should lose their virginity and have casual sex, and they feel bad about wanting to say “no.” What I would like to see is a world where people could say “yes” or “no” to any kind of sexual activity to any kind of person for any reason without social repercussions.

11. FM: Do you think this pluralistic ignorance makes people feel like they have to have sex more frequently nowadays?

LW: I think it goes both ways. Some students who always would have wanted to have casual sex now really can do it without having to worry about the stigma that comes with that. But, on the flip side, it’s also true that a lot of students who wouldn’t otherwise engage in casual sexual encounters are doing so because they don’t know what else to do. Students often say, “I really don’t want to do this, but this is what everyone’s doing and it’s the only option for me. My only chance for sex and relationships or anything in between has to happen this way.”

12. FM: Based on your research and discussions with your students, what do you think is the average college student’s attitude toward sex?

LW: When students arrive on campus their first year, they are very excited about what they think is going to be lots and lots of sex and lots and lots of fun. They often start getting disappointed right away and find themselves getting disappointed with so little pleasure and feelings of empowerment. But they don’t feel like they can change the way it is. The majority of students hook up now and then, but they have mixed feelings about what’s going on—they’re excited about the opportunity to be sexual but they’re also frustrated. Over the four years of college, students spend less and less time hooking up.

13. FM: Do male and female college students differ in their attitude toward sex?

LW: I think that both men and women largely would like it to be different. But I think that because men suffer less negative consequences—they’re less likely to be sexually assaulted and to face social stigma—men tend to be equally dissatisfied but somehow less miserable.

14. FM: What are some of the most troubling gender stereotypes that persist today in relation to sex and sexuality?

LW: I think one of the big problems is all this relentless pressure to be hot and to be having sex. For young women in particular, a lot of them have deeply internalized this idea that their attractiveness is a measure of their worth. The only way for women to know that they [are worthy] is for men to give them sexual attention. Even women who understand that this is not particularly good for them or something they want, they still really need the validation from men and will do whatever it takes to get it.

15. FM: Why do you think Sex Week and talking about sex is important? Have you found that sex is something college students are eager to talk about or do they prefer to avoid the subject?

LW: College students are desperate to talk about sex for the most part. Things like Sex Week are important because our sex education in this county is so pathetically bad that students learn very little about sex from their parents or from school. So then the main educating force in our society about sex is the media: movies, TV, reality shows, pornography.... [Sex Week] will hopefully give students at least a little bit of power to try to wrest some autonomy from these forces that are trying to shape them.