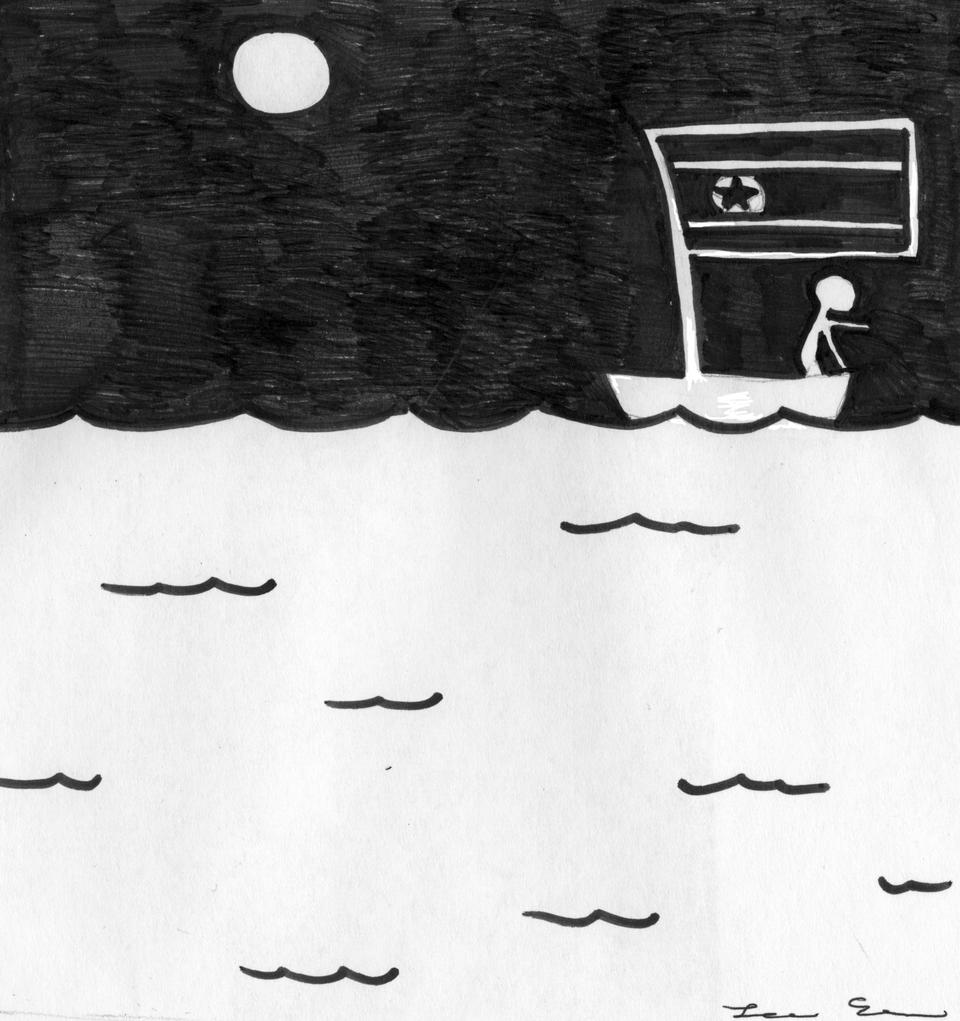 According to North Korea’s official country website, “Literature and art in the DPRK perform a mission as a textbook for life that educates the popular masses in a revolutionary way and inspire them for creative labor and as a weapon for struggle.” In this secretive country, creative endeavors are not outlets for authentic expression; they’re tools for entrenching government elites. Yet Adam Johnson chooses to ground his most recent work of fiction in this mysterious and foreboding country. In “The Orphan Master’s Son,” he masterfully portrays the difficulties of living in a society whose self-perception is in itself a work of fiction, where truth is ultimately as elusive as the fate of the protagonist Pak Jun Do’s kidnapped mother. In the harsh world of North Korea, however, Jun Do’s personal development often comes across as one-dimensional and emotionally unsatisfying; overall, though, Johnson includes a variety of other compelling characters and tells a fascinating story with a complex metafictional narrative.

Jun Do encounters a variety of unexpected situations—he is forced to kidnap people, to travel to Texas, and to go to prison camp—but through all these adventures, Johnson fails to develop depth and personality in this character. Jun Do incessantly bemoans his situation and lack of control in the first half of the book, yet Johnson shows no conviction in Jun Do. “And what choice did he have, about anything?” Johnson writes about Jun Do. Through all the miseries of his life, he fails to do more than list them—reflection is, apparently, not part of his personality. “He couldn’t help that he was from a town lacking in electricity and heat and fuel, where the factories were frozen in rust, where able-bodied men were either in labor camps or were listless with hunger,” Johnson writes dispassionately. His character is merely a placeholder for a general type. In a novel this narratively complex, however, this technique actually often allows Jun Do to act as foil to the complex and dynamic secondary characters, who provide the requisite emotional aspects to make this novel a success.

The two halves of the novel feature markedly different narrative structures. The first half is told as a straightforward third-person account of the early life and career of Jun Do. The plot moves quickly; Johnson wastes no time on emotional intricacies and focuses instead on the bizarre circumstances of Jun Do’s life. He grows up in an orphanage as the son of its director, becomes a kidnapper and fighter extraordinaire, and eventually steals the identity of one of the most powerful men in the country. A detached tone mirrors and enhances Jun Do’s own lack of control in certain aspects of his life—for in this world, the government determines the course of an individual’s life. While Johnson’s authorial technique is effective, it remains difficult and sometimes unsatisfying to have a protagonist so wholly removed from the typical self-reflection in most novels.

Yet Johnson chooses to break away from Jun Do’s account in the second half of the book, which injects an exciting layer of mystery and uncertainty into this otherwise straightforward plotline. The narration switches between three compelling voices: a state-employed interrogator, the propaganda-spewing loudspeakers found in every North Korean home, and the same third person account of Jun Do from the beginning of the novel. The action still centers about Jun Do, but the new variety of perspectives on his life forces the reader to piece together reality from disparate accounts. The change in technique brings the novel’s internal tension between truth and government-created fiction into the fabric of the narrative.

The setting of “The Orphan Master’s Son” resembles a traditional, fictional dystopian society—yet the fact that this is a real nation, not an invented horror world, makes it much creepier. The North Korea imagined by Johnson is a country controlled by uncertainty. The government seems to have utter disregard for the truth; no character is safe from its infinite output of propaganda, prison, and death. Yet there is something undeniably sympathetic and even pathetic about the state Johnson portrays, particularly of its all-powerful ruler Kim Jong-Il. At one point, for example, the dictator wants to outdo a visiting senator from Texas. Kim Jong-Il has heard about an American 45-caliber Smith & Wesson revolver, so he has his own revolver built. “It was constructed by our own engineers and is actually a forty-six caliber, a little bigger, a little more powerful than the American model—do you think it will embarrass them?” he wonders. He is so obviously misguided, taken in by his own propagandist lies about the “backwards” nation of America, that his reaction is more humorous than frightening. Despite this useful levity, there remains a dictator who places no value in truth in the lives of his subjects.

Amidst the backdrop of this bizarre country, Johnson’s secondary characters emerge as unique creations. One character in particular, the interrogator-biographer, is eminently more interesting than Jun Do, which may be because his story unfolds from his own perspective. “Our team discovers an entire life, with all its subtleties and motivations,” the interrogator says, “and then crafts it into a single, original volume that contains the person himself. When you have a subject’s biography, there is nothing between the citizen and the state. That’s harmony, that’s the idea our nation is founded upon.” Though he cannot help but be somewhat taken in by the lies of the government, he truly sees the importance of documenting the real stories of North Koreans. Through his eyes, Johnson gives the most painful sense of the utter intractability of truth in a society consumed by its own fictions.

In “The Orphan Master’s Son,” Johnson crafts an exquisite presentation of the tension between reality and propaganda. Even the work’s greatest flaw—its flat, underdeveloped protagonist—may be justified by this end, for perhaps his story is more important than the particulars of his personality. Johnson acknowledges the value of fiction as an important medium for creativity but warns of the perils of valuing fiction more than truth.

—Staff writer Rebecca J. Mazur can be reached at rmazur@college.harvard.edu.