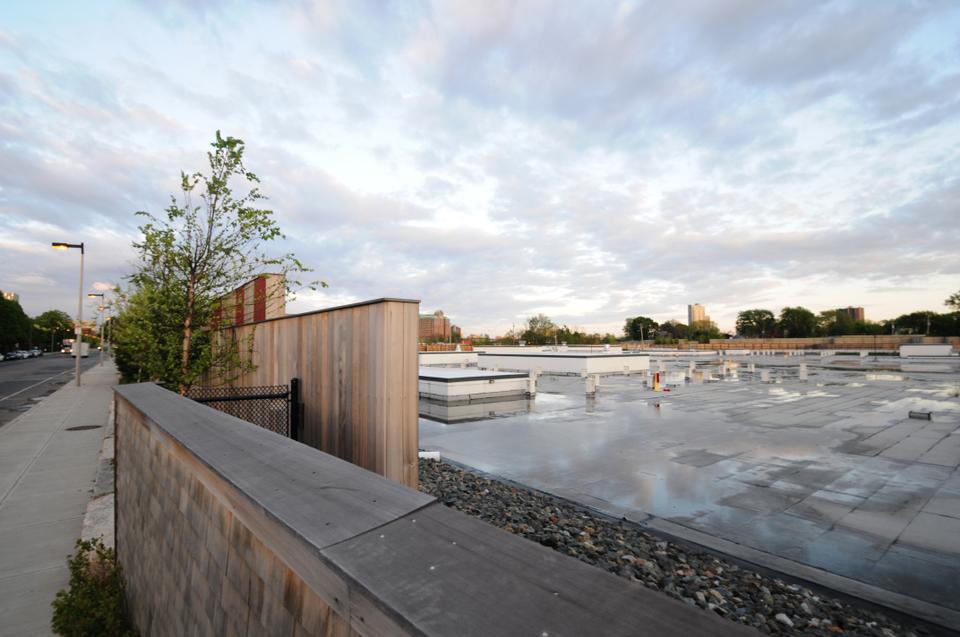 This Crimson file photo shows the Allston Science Center construction site on Western Avenue as it stood last May. Harvard announced that it plans on including space for stem-cell research and bio-engineering programs at the complex.
By Mercer R. Cook, Crimson Staff Writer

For many Allston residents, the devil is in the details.

After a summer during which Harvard made large strides in planning for development across the Charles River, Allston residents said that they are anxious because of the lack of details in the University’s plan, especially concerning the much-discussed Barry’s Corner Housing and Retail Commons.

In the last few months, Harvard brought on a third party developer, Samuels and Associates, to help create the new Barry’s Corner area and announced that the reimagined Allston Science Center will house, among other areas, stem-cell research and bio-engineering facilities.

The University updated residents of its progress at Harvard-Allston Task Force meetings throughout the summer. Ray V. Mellone, an Allston resident and the chairman of the Task Force, praised Harvard’s efforts to keep the community informed on the “overall quality of their thinking”, but said the University’s presentations were not specific and “left a lot to be desired.”

Mellone worried that the proposed Barry’s Corner Complex, as it stands, will not realize the University and the community’s expressed desires to make Barry’s Corner a vibrant and lively community center.

“Right now, it seems generic,” Mellone said. “It doesn’t seem to have a kind of interest for most of the community.”

Barry’s Corner, along with the new Science Complex, has been one of the focal points of University development efforts since Harvard released its first Institutional Master Plan for Allston development in 2007. In that plan, the University aimed to make Barry’s Corner a vibrant community center which would attract locals from both sides of the Charles River. However, plans for Allston development were put on hold in 2009 in the wake of the recent financial crisis. The halt left a huge hole on the plot where Harvard once envisioned a $1 billion science complex devoted to stem cell research—a decision which sparked tension between Harvard and the community.

He hoped the University would re-engage with the idea of creating some sort of cultural center, an idea which, Mattison says, the community strongly supports.

Harvard’s Associate Vice President for Public Affairs and Communications Kevin Casey emphasized that the University’s goals are in line with the community’s.

“Harvard shares the community’s interest in enlivening Barry’s Corner,” Casey wrote in an emailed statement, unable to be reached by phone because he was out of the office. “The master planning process introduced a range of potential future uses in Barry’s Corner that will help to enliven the area, increase pedestrian activity, and further knit together the University and the community.”

Chief Planner Kairos Shen of the Boston Redevelopment Authority, the city body which will decide this fall whether Harvard can pursue its new master plan, could not be reached for comment on Monday.

Task Force member John Cusack, who was one of two Allston residents selected by the University to help choose a developer for Barry’s Corner, was optimistic about the future of the planning process.

“I think they’re trying to work with the needs and requests of the community,” Cusack said. “We’re starting to see at least some ideas of looking for things that the community wants.”

Mattison said that to address the current issues causing anxiety in the community, the nature of the conversations between residents and the University would have to change.

“Right now, the discussion is focused almost exclusively on the height and shape of the buildings,” he said. “If Barry’s Corner is going to become a lively vibrant place, there are a lot of other things that are much more important than how tall and how wide the buildings are.”