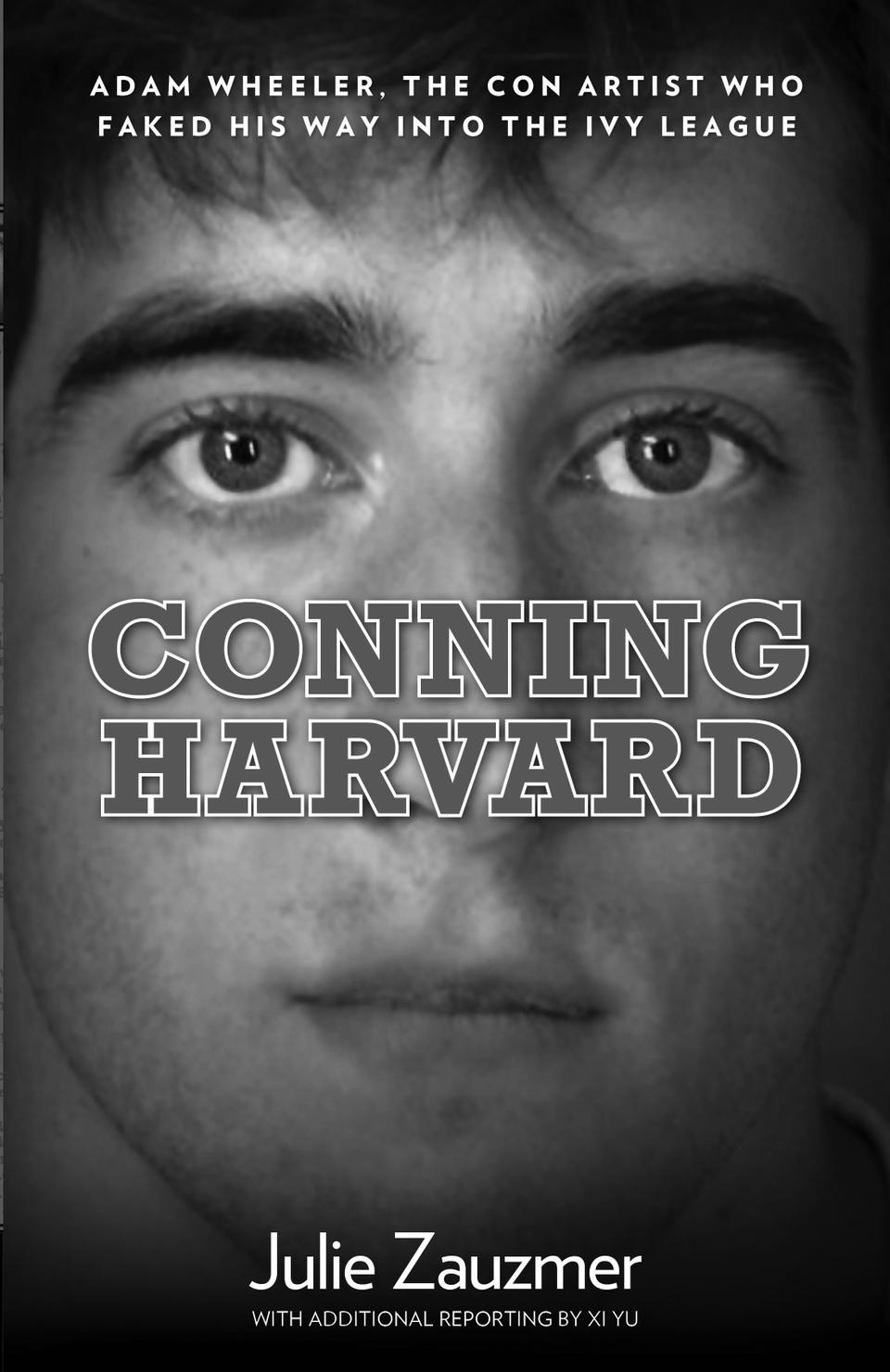 Simpson was convinced that he was looking at the most blatant plagiarism he had ever seen.
By Julie M. Zauzmer

By forging his SAT scores, plagiarizing essays, and crafting phony transcripts from Andover and MIT, Adam B. Wheeler faked his way into Harvard. Once he got to the College, he didn’t stop his cons—he snagged more than $45,000 in prizes and scholarships before he made one gamble too many. His application for the Rhodes and Fulbright Scholarships finally brought him down. Crimson executive Xi Yu ’13 and Managing Editor Julie M. Zauzmer ’13 covered the story of Wheeler’s academic fraud for The Crimson from the moment news of the case broke, when they were freshmen in 2010. Their reporting led to a book, “Conning Harvard,” published this week by Lyons Press and excerpted below.

Picking up Adam Wheeler’s Fulbright application essay, Harvard professor James Simpson read, "It is a truth universally acknowledged that we live in an intensely mobile society." A truth universally acknowledged…borrowed from Jane Austen. Common English major fare, the clever or not-so-clever reworking of beloved words until they almost become everyone’s and no one’s. He read on.

As he proceeded, he was surprised to find that the essay still felt familiar. It was, as the opening line implied, about mobility. The writer quickly connected the frenetic pace of global movement to life at his own college, stating that "the simple phenomenon of an undergraduate education at an institution such as mine assumes and indeed requires mobility." In the next paragraph, he gently criticized academia for assuming that the blending that takes place between civilizations represents outlying cases rather than the core of all cultural development.

"It’s funny the way an idea comes of age," Simpson mused as he read, "the way an idea all of a sudden is being expressed by different people in independent moments." This essay sounded just like something his colleague Stephen Greenblatt had written. After a few sentences more, he was overcome by the nagging feeling that he had already read these thoughts. He put Wheeler’s essay down and walked across his office to a ceiling-high bookshelf. He spotted the volume he was looking for and pulled it from the shelf: Essays on General Education in Harvard College.

The crimson-covered paperback had been printed four years earlier when the college was considering revamping its decades-old Core Curriculum. The byzantine set of requirements mandated that every undergraduate pass one class in each of seven out of 11 groups with names like "Social Analysis," "Foreign Cultures," and "Literature and Arts A, B, and C." To make matters more confusing, the four categories from which students were exempted were not up to them; they were determined based on a student’s concentration. Figuring out which course groups one did or did not need to pass in order to graduate meant opening a 28-page booklet and following a long chain of fine-print asterisks and plus signs.

Back in 2002, the college had started talking about overhauling this system. At a place like Harvard, though, even a move to simplify things gets complicated. When the Core Curriculum itself was instituted back in 1978, the then-new framework of required classes was called "radical" by The New York Times and was hotly debated on campus and even nationwide. Derek Bok, who was president of Harvard at the time, wryly told The Washington Post that "changing undergraduate education is like trying to move a graveyard."

But change they did, under Bok, and in the early years of the new millennium, the powers that be decided that it was time to dig up those bones all over again. In order to start that change in the most Harvardian way possible, it was decided that they should write a book mulling over the idea.

Notable professors were solicited to write down their thoughts about what the new required course groups—termed General Education rather than the Core—should look like. Those essays made up the book that Simpson now held in his hands.

It was a book Wheeler was more familiar with than most people. He had been stealing pieces from it even before he came to Harvard. It was the collection from which he had amalgamated five different professors' words for his Harvard application essay. He had used other pieces from it for his Rockefeller grant application. Greenblatt’s was clearly his favorite. It was the only essay that he had used in both of those applications, and for the Fulbright and Rhodes, he had not even mixed it with other pieces from the same book. In the past, he had drawn from pieces that said that a Harvard education should include more environmental studies, that it should emphasize creativity and communication skills, and that it should teach students about capitalism and terrorism. Greenblatt said in his entry that he wanted an undergraduate curriculum that focused on cultural mobility.

Simpson flipped through that book until he reached Greenblatt’s piece. There he read, "It is a truth universally acknowledged…." He sat down, placing the student’s essay and the professor’s side by side. They were almost identical. Once in a while, the copy in the bound booklet used the pronoun "one" and the copy Simpson was holding next to it said "I." Simpson was convinced that he was looking at the most blatant plagiarism he had ever seen.

Three minutes later, he called Adonica Lui, the chair of both the Fulbright and the Rhodes nominating committees at Harvard. Lui was in a meeting, Simpson was told.

"I think you should go get Adonica," Simpson said firmly. It took a moment of convincing. Finally, he was put on hold.

In University Hall, just a short walk from Simpson’s office, Lui was sitting at the final meeting of the Rhodes and Marshall judging committee. At the close of the session, the group assembled around that table would distribute a list of students who had received Harvard’s endorsement for each scholarship.

The process was winding down. They had a tentative list of candidates to endorse that they were getting ready to finalize. Then someone knocked on the door. "Call for you," the staffer said to Lui.

Lui spoke to Simpson for a moment. She had to come over to his office right now, he insisted. It was urgent, more urgent than wrapping up the Rhodes and Marshall deliberations.

Minutes after she picked up Wheeler’s writing sample and the Gen Ed book herself, Lui was persuaded that they had a plagiarist on their hands. "It was lucky you called me," she said, turning to Simpson." Wheeler had just been put on the short list for the Rhodes Scholarship."

Reprinted with permission from “Conning Harvard: Adam Wheeler, the Con Artist Who Faked His Way into the Ivy League,” by Julie Zauzmer (Lyons Press, 2012).