Harvard Mourns a Classmate Attuned to Music, Poetry, and Friendship 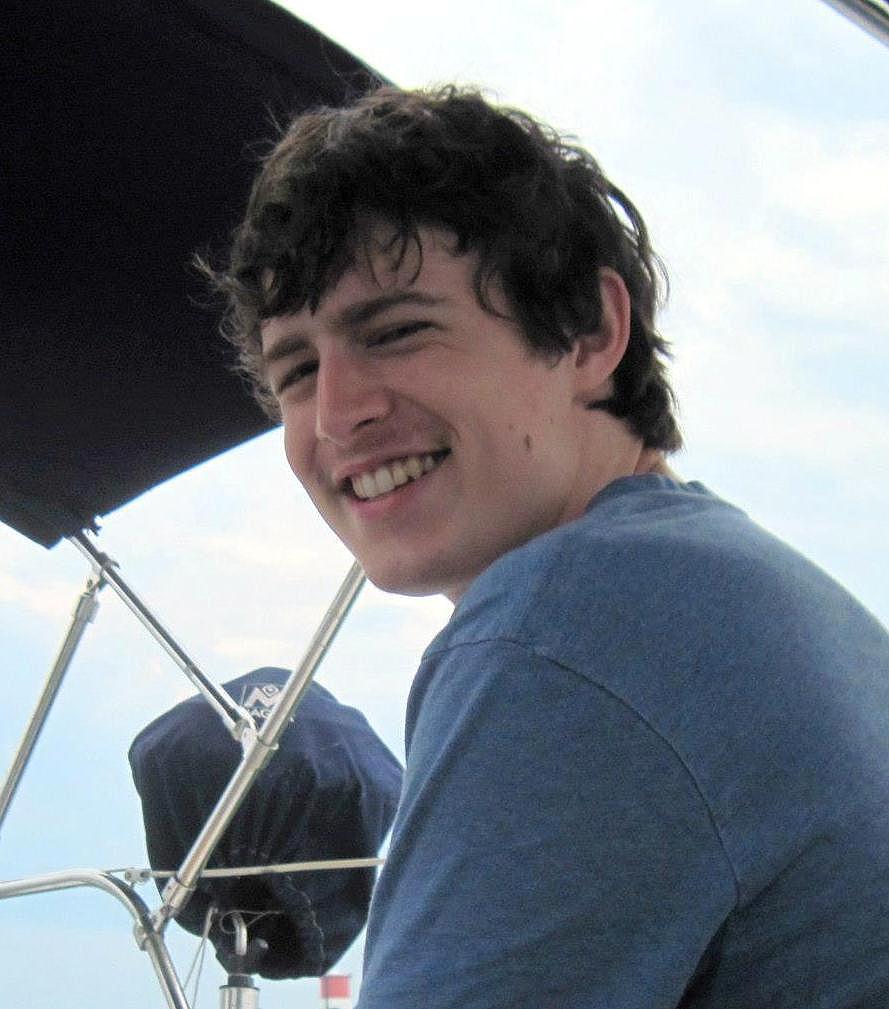 “We always used to play Bananagrams in the dining hall,” remembered Miruna Ioan ’14, a fellow Pforzheimer House resident and psychology concentrator. “If he was 100 percent on his game, no one could beat him. He had a vocabulary that was unsurpassable.”

Laramie, a Bass I singer in the Harvard Glee Club and beloved Sigma Alpha Epsilon brother, took his life on Thursday at his home in Pembroke, N.H.

A poet and writer—his blockmates recall furious bursts that would ink through journals in a matter of days—Laramie was inspired by poets both classic and contemporary.

As a new Glee Club member his freshman fall, Laramie shared that he had won Poetry Out Loud, a national poetry-reading competition, as a fun fact about himself, Nicole M. Morreale ’13 recalled. When the two dated during her sophomore year, Laramie commonly recited poetry and played the guitar for her. That was his typical strategy with girls, his blockmates said, and they could often hear the strands of verse or chord from his bedroom.

“If I could have just one more minute, I would want him to play one more song,” said Laramie’s blockmate Patrick L. Johnson ’14. “He’d come over to my room sometimes last year, completely unannounced…. He’d just sit down and start playing. No words would need to be exchanged.”

In the second week of his freshman seminar, “Muslim Voices in Contemporary World Literature,” Cote sensed a musical chord in the traditional Koran recitations the class was studying. He decided to compose a piece of music for guitar around the chord.

“He wrote a whole commentary about this—a prophet in the desert receiving revelation and that this wind, wind for him represented the divine,” said Asani, who in the last two years has shared the music countless times to illustrate to professors and students the pedagogical power of art to bridge cultural understanding.

“Here is this freshman from New Hampshire, didn’t know anything about Islam, about Arabic, about the Middle East,” Asani said. “He takes this course and his very first class, he gets it.”

Friends say this profundity, openness to beauty, and intuitive empathy characterized Laramie’s approach to life throughout his time at Harvard.

“We’d sit in Lamont when we were supposed to do work and just talk about life for three, four hours,” said Iguosadolo O. Nosamiefan ’14, who met Laramie while studying French in the library one late night freshman year. “Philosophical questions, spiritual questions—that’s something I really valued about him. A lot of people aren’t really willing to go into those deep conversations at a moment’s notice.”

For Laramie, the deep conversations were often the best ones. Known for his ability to talk—and listen—for hours, Laramie’s friends say he embraced the notion of being completely present for them. And in turn he was persistently thankful for the chance to talk, ending nearly every conversation with a sincere and gratified “Wow, thanks!” as blockmate Geoffrey Y. Lee ’14 remembered.

“He didn’t hold anything back,” said Johnson. “His personality and his presence in this House and on campus as a whole I think was really big.”

His blockmates recall that that extraordinary commitment extended to every pursuit he undertook, from an all-night session playing the video game StarCraft to four straight days spent watching “Breaking Bad” to writing out questions for professors before attending their office hours.

“I’m so glad that you got to come here to New Hampshire,” Simmet remembers Laramie saying, “because this is how my mind works. Buzzing and full and almost overstimulating.”

On reflection, his blockmates agreed it was an apt metaphor, as Laramie’s often were. They described Laramie’s almost childlike curiosity and his delight at meeting someone or learning something new. He spoke frequently of trying to better understand his own emotions.

“Talking to him sometimes would be exhausting” Lee said. “He would keep asking questions to the point where you’re not sure you really believed what you just said.”

Morreale chose “exuberant” as the best word to describe Laramie. “He had this unbridled joy about everything,” she said. “You couldn’t help but be happy when Cote was around.”

Ioan recalled a middle-school themed talent show in Pforzheimer where Laramie played the guitar and sang like a 12-year-old. “I laughed so hard I almost threw up,” she said. “He sang it in this 12-year-old voice, and it was so hilarious that everyone was just crying and my stomach was hurting. I don’t think I’ve ever laughed that hard in my entire life.”

Laramie’s own joy was always written on his face.

Preston G. So ’14, another blockmate and a Crimson executive, said that Laramie’s trademark grin was recognizable on stage. “He was the one with the widest smile.”

Matthew C. Tufano ’13, student president of the Glee Club, said Laramie believed in the music he sang, and he filled up the room with his confidence.

“Watching him perform was one of the best experiences an audience member or the conductor could have,” Tufano said. “He loved, loved Glee Club.”

To Laramie, sound and self-expression—through poetry and music—were innately important. He wrote in an assignment for Asani’s class: “It is interesting to me how music can have very little structure or have immense structure yet the cause of it always seems to be some sort of expression important to the composer. Indeed humans learn the world through sound, a mother’s heartbeat, before they know anything of sight. It’s that internal rhythm that I often find music speaking to, that almost unconscious memory, that simple sound.”

When Simmet filled out his freshman rooming questionnaire, he had a particular personality in mind. “I’m not looking for the typical do-everything Harvard student—I want someone who can look into the universe and see all its poetic beauty,” he remembered writing.

As he did for so many, Cote knew exactly how to fill the role. “There’s no way Harvard could have chosen a better roommate,” Simmet said.