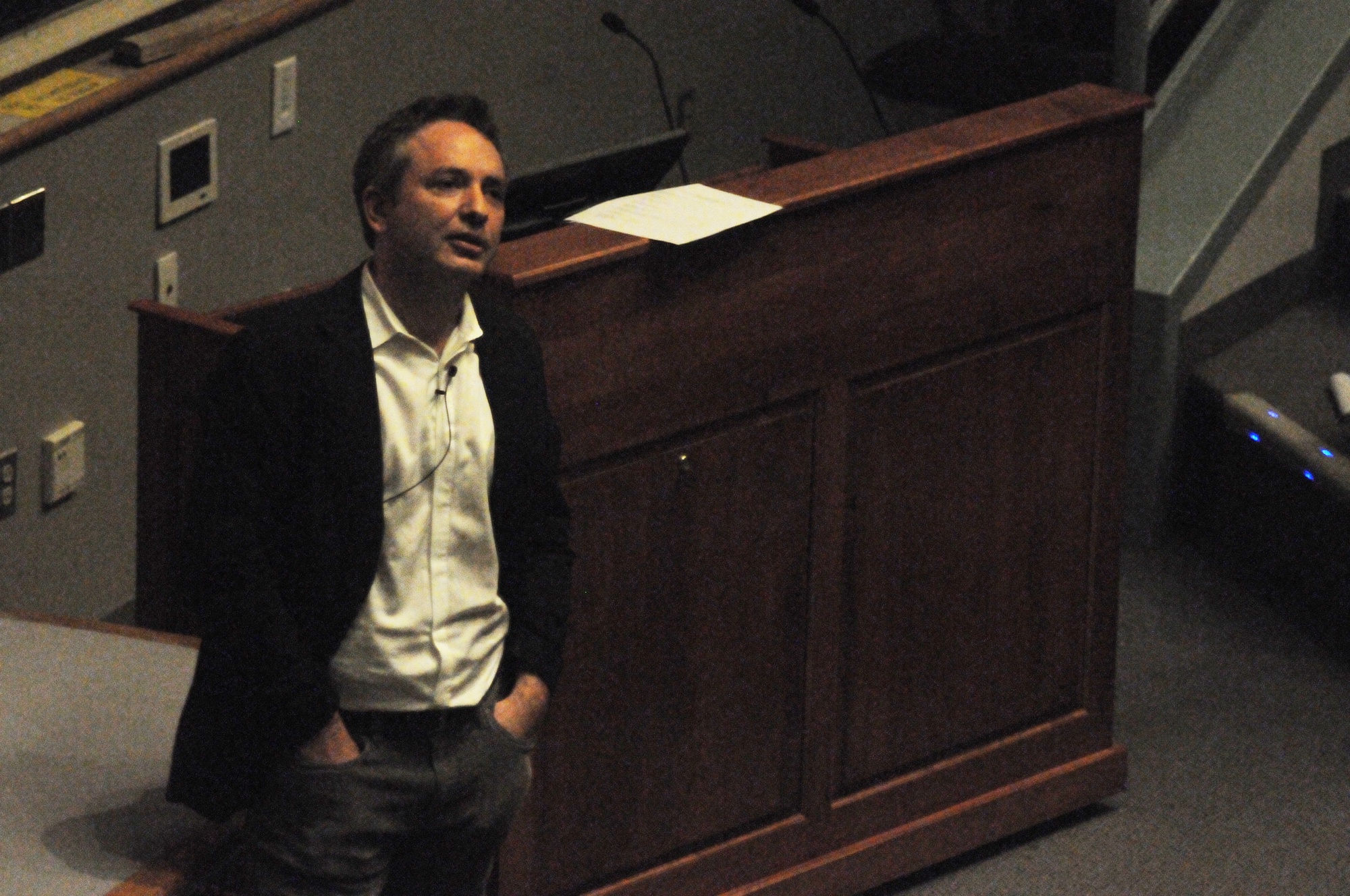 Fielding questions about Harvard’s email privacy policy task force at an open forum Wednesday afternoon, David J. Barron ’89, who heads the group, detailed the complex challenges it faces to developing a comprehensive policy as the group begins to solicit input from across the University.

The nearly hour-long event, held in a Harvard Medical School lecture hall, represents one step in a broader effort by the task force to engage with numerous constituencies on both of Harvard’s campuses before it begins drafting its recommendations. It is the first of two public forums, the second of which will be held in the Science Center on Oct. 23.

The feedback session drew around 35 people, who asked questions about the task force’s scope and discussed potential legal and technical issues that a privacy policy might need to consider.

Barron, a Harvard Law School professor and former Crimson president, kicked off the event by listing more than a dozen questions that the task force hopes to answer, from the specificity and scope of the policy guiding administrators to how email searches should be documented. Barron said that the task force’s “animating” principles touch on three areas: candor, trust, and the free flow of information required by a unique University setting.

Many attendees’ questions centered around the breadth of the task force’s mission. Barron replied that it would not be possible for his group to consider every privacy-related question.

“There are many different types of privacy issues,” he said. “We are not a general privacy task force trying to resolve all of those issues. We are focused [on] electronic communication...that travel over systems and networks that the University administers.”

He also said that the task force hopes to generally preserve the user experiences that exist now.

“All of us were using these systems and networks for years and years quite successfully,” he said. “The idea is not to reinvent the wheel.”

University President Drew G. Faust commissioned the task force, with Barron at its head, in the wake of last spring’s email search scandal. That case, in which administrators secretly searched the emails of resident deans, prompted concern and confusion throughout the community over what rules govern Harvard-operated accounts.

Barron said that an investigation into those searches, completed earlier this year by Boston attorney Michael B. Keating, showed that current policy particularly lacks protocols related to the documentation of searches.

“The record keeping is not terrific,” Barron said. “But we have looked into [past searches] as best we could over a reasonable period of time.”

“I think we all have a high degree of confidence that it is a rare practice,” he added.

In addition to the two forums, the University opened an online discussion board this week that allows members of the Harvard community to leave written comments for the task force. As of Wednesday evening, the website had one comment.

Barron and several members of the committee have also met with representatives of the Undergraduate Council as well as Graduate School of Arts and Sciences students in recent weeks.

“We were serious about wanting to reach out to the community more broadly,” Barron told The Crimson after the event, adding that he thought Wednesday’s forum was “very helpful.”