UpStairs on the Square To Close After 31 Years 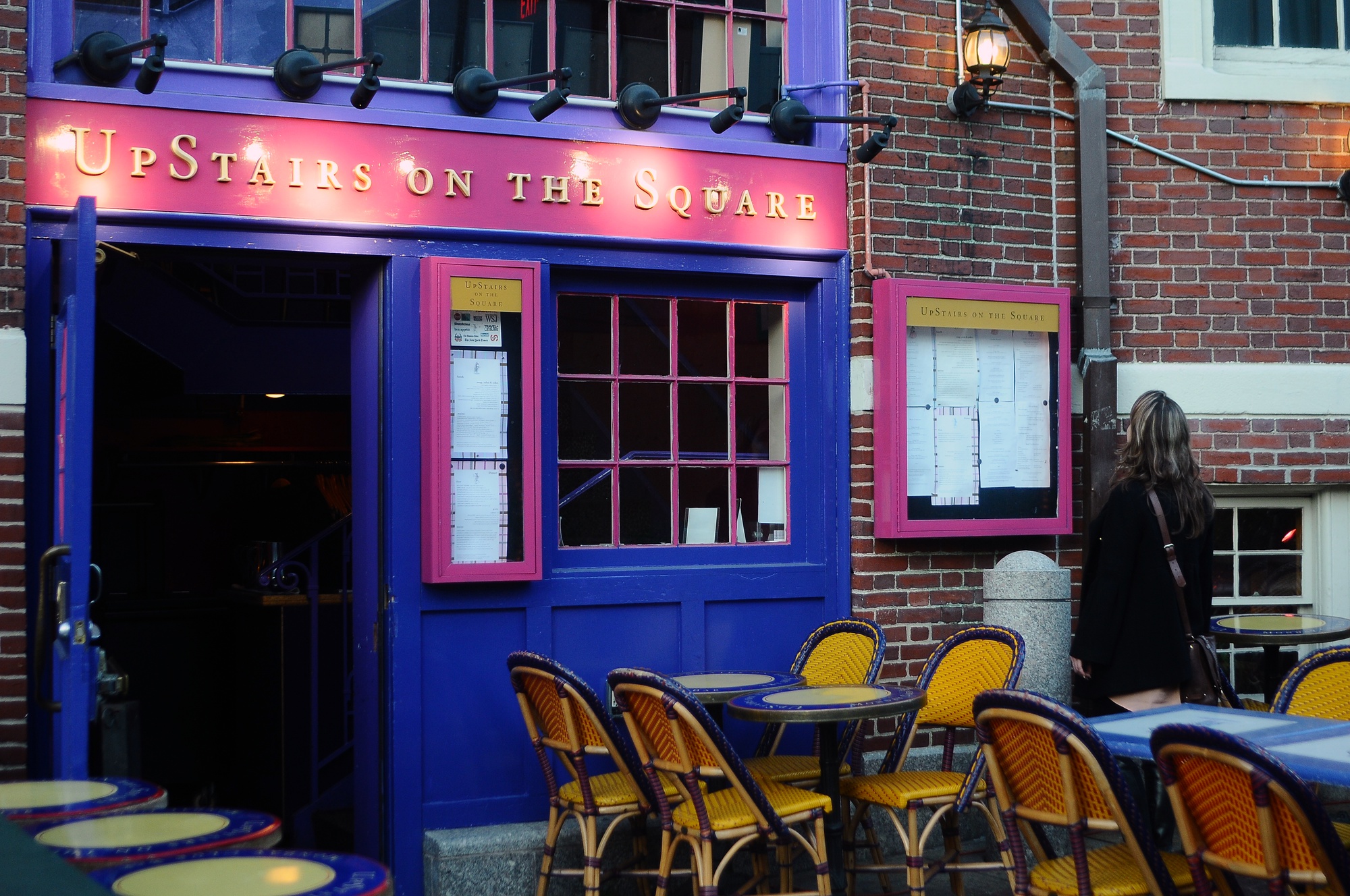 A woman scans the menu at Upstairs on the Square on Winthrop St. The upscale bar and restaurant, which has occupied its current location since 2002, will close its doors at the end of the year.
By Nikki D. Erlick, Crimson Staff Writer

After more than three decades serving the Cambridge community and visitors with its famously flamboyant flair, UpStairs on the Square is set to close its doors on Dec. 31, co-founders and co-owners Mary-Catherine Deibel and Deborah Hughes announced in an email to subscribers over the weekend.

In an interview with The Crimson Monday, Deibel and Hughes elaborated that the building was up for sale by the landlord. Deibel said that the sale of the building presented a logical time to end the long-running business, and she and Hughes decided not to sell it.

Hughes explained that the restaurant, with its bright pink, zebra-patterned dining room and exotic menu, is her and Deibel’s own creation and brand.

“The restaurant is Mary-Catherine and myself because we’ve been there for so long, so we haven’t really spent a lot of time thinking about selling,” Hughes said.

Harvard Square will lose one of its most iconic fixtures with the closure of the restaurant at 91 Winthrop St. Debiel said that for many years, she and her team considered UpStairs on the Square to be Harvard’s restaurant, adding that they enjoyed “lots of history with the Pudding and the Kroks.”

“We’ve so appreciated the support of Harvard students of all kinds and Harvard faculty over the years,” she said.

Ben J. Marek ’14, general manager of the Harvard Krokodiloes, said the relationship between the a cappella group and UpStairs on the Square represents a special part of the Krok experience, as members perform at the restaurant’s brunch each Sunday.

“We’re sad to hear the restaurant is no longer going to be a part of Harvard Square,” Marek said. “There really isn’t anything else in Harvard Square quite like UpStairs. It’s a really unique place.”

This quality stems not only from the dining room’s eclectic décor, but also its storied history. Members of the Harvard football team worked as some of the restaurant’s first dishwashers, and its dining room has hosted many celebrity patrons, including Clint Eastwood, Sylvester Stallone, and Robin Williams.

“I never really look in the rear-view mirror, but I am remembering more about our past at this time,” Hughes said.

Hughes recounted such memorable moments as when Ella Fitzgerald sang “Happy Birthday” to one of the sous-chefs in the kitchen and when she asked the late Rev. Peter J. Gomes to bless the Winthrop Street location when he was dining there.

“It’s very hard to imagine these moments in the venue ending, but I expect reality will settle in soon,” she said.

Deibel and Hughes met while working at the restaurant Peasant Stock in Somerville and opened UpStairs at the Pudding together in 1982, which originally was housed on the third floor of the Hasty Pudding Club at 10 Holyoke St.

“It was a small business that rapidly exploded into a very big business,” Deibel said.

When Harvard ousted UpStairs at the Pudding from its original location in 2001, the owners leased a space at the corner of Winthrop and JFK Streets. The restaurant reemerged the following year as UpStairs on the Square.

While neither owner has formed definitive plans for the future, Deibel said she is entertaining the option of increasing her nonprofit work, and Hughes said she will embark on another food-related venture and possibly market some of the restaurant’s well-known products, such as the chocolate turtles and red-pepper soup.

UpStairs on the Square plans to host various formal dinners and events before its final day at the end of the year.

“We hope that everybody comes to say goodbye to us over the next two and a half months,” Deibel said.

An earlier version of this article incorrectly stated the original location of UpStairs at the Pudding. In fact, it was housed on the third floor of the Hasty Pudding Club at 10 Holyoke St., not on the third floor of the Holyoke Center. The article also incorrectly stated that UpStairs at the Pudding’s owners bought a space at the corner of Winthrop and JFK Streets, while in fact they leased that space.