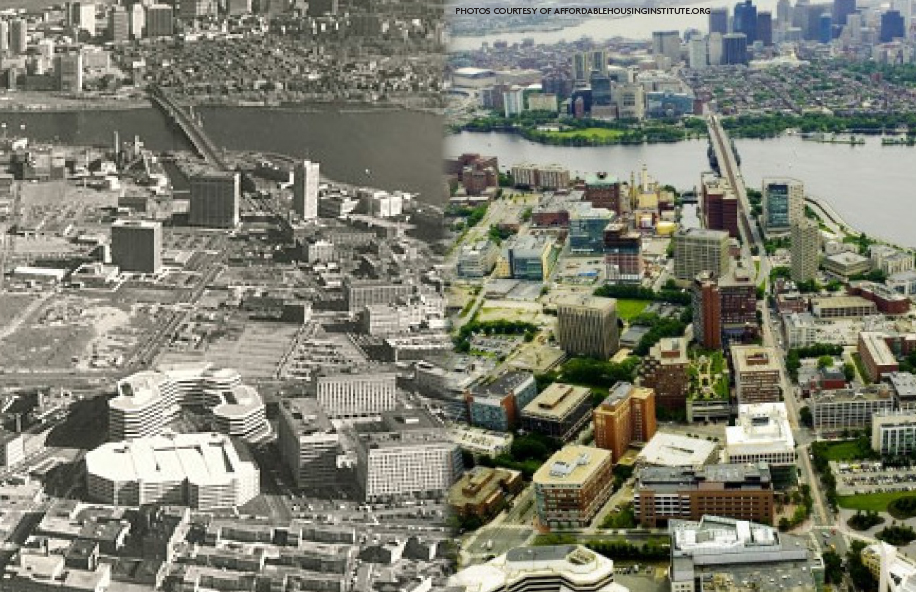 Part IV of a five-part series on Cambridge City Council election issues. Read each installment on the Fridays leading up to the Nov. 5 election. Part I ran on Oct. 4, Part II ran on Oct. 11, and Part III ran on Oct. 18.

Kristen von Hoffman is generally reluctant to field questions about marriage and raising children in Cambridge, let alone bring up the topics herself. But when the issue of housing and development arose in a conversation with The Crimson earlier this month, von Hoffman, who is 29 and unmarried, opened up about her future plans.

“As a young woman who is hoping to start a family of her own in a few years and just from having heard so much from all the doors that I’ve knocked on, universally people are saying, ‘We wish that there was room for families to stay, places for families to live in,’” von Hoffman said.

Over the past three decades, as Cambridge has emerged as a leading center for biotechnology research, rental prices in the city have soared; young, unmarried professionals have moved in; and the number of families residing in the city has markedly decreased. And these demographic changes have not gone unnoticed by local residents.

Scores of Cantabrigians crowded into City Hall in April 2013 to voice concerns about rising rents and overdevelopment when MIT petitioned to build a new set of facilities in Kendall Square. Ultimately, the Council approved MIT’s petition, but only after requiring that MIT increase its number of affordable housing units.

As a new slate of candidates vie for seats on the City Council, many are campaigning on the premise that Cambridge has changed too much in the past decades and that there is a need to reassess the pace of development. While all the candidates interviewed by The Crimson agreed that rental rates in Cambridge are exceedingly high and that the housing stock needs to increase, they clashed over where and how to implement changes. Some suggested increasing graduate student housing, while others sought to increase the affordable housing requirements for developers. One candidate proposed a return to the days of rent control.

‘THE RENT IS TOO DAMN HIGH’

The Kendall Square of 1980 is virtually unrecognizable to today’s Cantabrigians. Over the past 30 years, numerous science and technology companies—notably Pfizer, Novartis, Google, and Microsoft—have set up shop, transforming a once barren area into a vibrant city center.

“I pay an exorbitant amount of rent,” said City Council candidate Logan E. Leslie ’16. “I live in the community and have a family. It’s extremely high.”

U.S. census data suggests that families and senior citizens—who are feeling the brunt of Cambridge’s housing pressure—are increasingly choosing to relocate from the city to the suburbs.

According to the 2010 Census data, from 1980 to 2010, as Cambridge’s total population grew by roughly 10.32 percent, the number of families with children under 18 decreased by approximately 11.84 percent. Cambridge’s population over 65 has seen a similar decline, trending down by roughly 8.57 percent.

By contrast, the number of residents between ages 20 and 29 has increased by nearly 13 percent over the same period of time.

This influx of young professionals, together with the flight of families and the elderly, has left many City Council candidates concerned for the future of Cambridge.

“We are in a place where in the next few years it’ll become a rarity for seniors to afford to live here,” said City Council candidate Jefferson R. Smith. “What we should be doing is looking a little bit deeper into where that senior housing can be located, and what are good, cheap, affordable options, and what the city can be doing to make sure that seniors can stay in their homes.”

While the issue of affordable housing has recently been a cause for debate within the Council, in part because of the Kendall Square rezoning, Cambridge has struggled to provide affordable housing to low-income residents for decades.

In 1971, a grassroots coalition of tenants gathered on the steps of Cambridge City Hall to call on the City Council for the implementation of rent control. Their demands were met, and for the next 24 years, the city enforced strict caps on rent increases. In 1994, after intense lobbying from landlords, Massachusetts residents voted to abolish rent control in cities and towns across the state, including Cambridge. The end of rent control resulted in an upsurge of property value in Cambridge, adding almost $2 billion to the value of the city’s housing stock over the next 10 years, according to the National Bureau of Economic Research. In a 1995 Crimson article, former City Councilor Anthony D. Galluccio called these prices “artificially inflated.”

According to candidate Elie Yarden, rent control can “make an orderly market for people who need a place to live, who need shelter.” Yarden said he supports the return of rent control.

Although rent control established affordable housing for Cambridge’s low-income residents, other Council candidates say it disincentivized development in the city and hindered the increase of housing stock.

“[Rent control] introduces so many distortions to the market. It incentivized landlords to not upkeep on the properties–to not try to benefit their properties,” Leslie said.

The end of rent control opened the city up to developers, but some councillors said that the new housing favored wealthier residents and pushed low-income families out of the city.

“What happened in Cambridge since the abolition of rent control has been an enormous new supply of condominiums that cater mainly to singles,” said candidate James Lee.

After the abolishment of rent control, the Council implemented the Inclusionary Housing Program, which requires that developers set aside 15 percent of a building’s proposed units as affordable housing units. Since its inception in 1988, inclusionary zoning has created more than 450 units of affordable housing.

Leslie called the Inclusionary Housing Program a “holdover from rent control” and said that the program should be considered a “tool in the kit bag” for alleviating Cambridge’s housing pressures.

According to Leslie, the issue of affordable housing in Cambridge is one which, in the end, offers no obvious solution.

“There’s no silver bullet,” he said.

For many of the candidates, the responsibility for the lack of affordable housing in Cambridge falls on the city’s two largest universities: Harvard and MIT.

“The city has failed to put pressure on the universities on key issues, especially around housing,” candidate Nadeem Mazen said.

According to candidate James Williamson, MIT and Harvard house only 38 and 45 percent of their graduate students, respectively.

“[The universities] should have a goal of housing 100 percent of their graduate students,” Williamson said. “They own the land. They have the money.”

Harvard’s Institutional Master Plan for development in Allston, which was approved by the Boston Redevelopment Authority last week, provides graduate school housing units within a planned basketball facility. Another Harvard project in Allston, the residential and retail development at the corner of North Harvard Street and Western Avenue, will also include housing units.

Candidates say that the spillover of graduate students from university housing to rental units puts pressure on low-income families in Cambridge competing for cheaper rents and shrinks the already constrained housing stock.

“Two or three students can pay more than a low-income family for rent,” said candidate Dennis Carlone. “This is adding a real burden to the [area around MIT].”

With the election less than two weeks away, candidates disagree on the steps that must be taken to improve the stock of affordable housing in Cambridge. While some candidates support an increase in the required percentage of affordable housing units within a building from 15 to 18 percent, others are wary that such a measure would provide a further disincentive to housing developers, similar to the effect of rent control.

Williamson spoke of the opportunity to increase the inclusionary housing percentage while the market is “so hot.”

Leslie, however, said he is less supportive of an automatic hike in the required inclusionary housing percentage and said he has no plans for pushing for its increase.

“It’s an oversimplification to think that raising the inclusionary zoning is going to increase affordable housing without any side effects,” Leslie said.

Leslie touched on a housing paradox that has beset Cambridge since before the advent of rent control in the ‘70s—with rising housing prices, the city’s low-income families require regulation to guarantee affordable housing options, yet excessive regulation deters development and leads to a stagnation of the housing stock.

“The only way to truly bring down all rates is to hurt the economy, to make it less attractive to live here,” Leslie said.

What the candidates do agree on, however, is that housing represents a problem that must be addressed.

“If we don’t start investing now and working on a master plan for Cambridge, then we’re never going to achieve anything, and income disparity will become larger and larger,” said Smith.